Philippines, This is What You Searched For In 2014 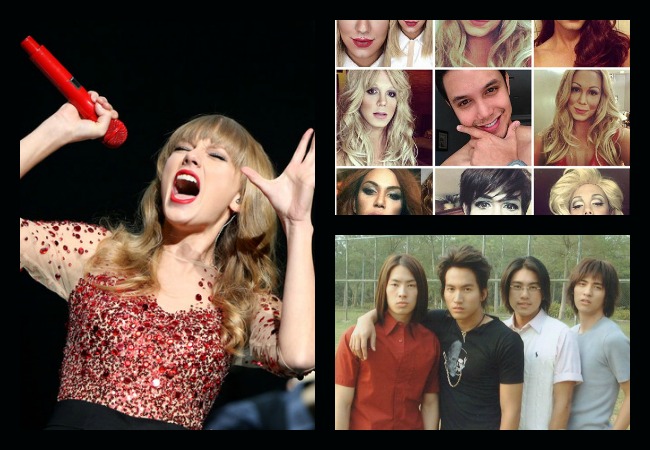 In the Philippines, 2014 is a year of scandals, Western music, make-up transformations and Meteor Garden.

First broadcasted in the Philippines in 2003, Meteor Garden, in case some of you STILL don’t know, is a story of a teenage girl named Shan Chai as she stands up against the bullies of her school – the F4, and then later falls in love with one of them. Spanning three seasons, it was a hit in Asia in the early 2000s. In the Philippines, it marked the start of the country’s mainstream preference to Asian entertainment. As soon as it ended, Asian movies, TV shows, and music become normal in the country. In fact half of Google’s 2014 Trending Shows in the Philippines are produced in Asia.

Meteor Garden returned to national television out of the blue last April during weekdays and even trended worldwide on Twitter. It was trending every day until it ended its run. Vaness Wu even greeted Filipino fans on the social networking site.

Philippines hands up!!! #meteorgarden airing again! Are you ready to revisit the phenomenon that was F4? You guys enjoy, while I cringe ?jk

One particular actor in the Philippines also received international publicity for doing make-up transformations – from Julia Roberts to Ariana Grande.

Like last year, the Philippines also searched for a lot of scandals these year. These scandals are not just politicians doing stuff they are not supposed to do, but even celebrities or ordinary people as well.

This year marked the arrival of Spotify and Deezer in the Philippines. These two music streaming sites paved the way to music being consumed without having to download the songs (illegally). Coincidentally, The top music searches in the Philippines are about Western artists and songs, like Lorde’s Royals, John Legend’s All of Me, and Taylor Swift’s Blank Space. Last year, there was a standalone KPop category which is absent this year.

Also Read
Spotify Says They Have Won The Hearts Of Filipinos, With 1 Million Playlists

Most of the songs above were introduced to me via Spotify. I do hope Spotify will have more Asian content, primarily Japanese and Korean music next year!

Last year, I ended my Philippine 2013 Trends by saying 2014 will be more about technology, celebrities, and KPop. There wasn’t a single KPop artists in the list. However, Korean entertainment is well represented in the TV Shows category. Also, Western films and music are again some of the most highly-searched phrases in entertainment. Highly searched games include 2048 and Flappy Bird, which has versions of it made by Filipino developers.

With the exception of political news, which of course will be dominated by Filipino-related search terms, will 2015 be a year of Western music again? Who knows. Maybe it’ll depend with how YouTube and its parent Google deliver their music-on demand program in the country.

You know, I may actually try another music streaming service next year, like Rdio.