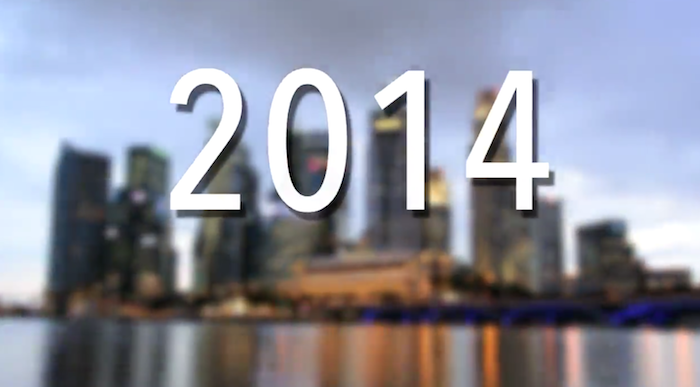 As the year comes to an end, all of us at Vulcan Post have nothing but appreciation for you, our readers, for supporting us in the past 1 year.

Here are the top 15 stories on Vulcan Post this year:

1. Netizen calls SMRT a retard: You will be fined for entering or remaining in a full train

Stay in Singapore long enough, and you are bound to come across people complaining about the public transport system. Of course, the complaints were not unfounded, and the Land Transport Authority (LTA) stepped into look into the matter. Last October, LTA announced that it will fine SMRT a total of S$860,000 and SBS Transit a total of S$250,000 over service disruptions.

The Rapid Transit Systems Regulation has also set a penalty system in place to ensure order and safety while using local trains.

A particular fine was brought up recently as unreasonable: You will be fined S$500 for entering or remaining in train when it is full. Netizen Sathiya Soorian promptly noted that SMRT “just went full retard“.

2. How To Be A Pro At Line’s Popular New TSUM TSUM Game!

What’s a Tsum? Ask Disney/Pixar. You’re given a minute to clear the board, connect 3 or more Tsums to eliminate them. Basically the longer the combo, the more points you get.

3. Does Malaysia Airlines instill confidence in its handling of MH370 incident?

When tragedy strikes, like it has with the disappearance of flight MH370, the company at the centre of it all comes under intense scrutiny. It must demonstrate that it knows what it is doing and has the difficult situation under control – or lose the confidence of the public and all its other stakeholders.

4. SingTel And StarHub Now Accepts iPhone 6 And iPhone 6 Plus Pre-Registrations!

Apple fans in Singapore can lay their hands on the latest iPhone 6 and iPhone 6 Plus, and all three major telcos (SingTel, StarHub and M1) will offer the new iPhones starting September 19th.

5. Why I’m Not Keen On The WhatsApp Blue Ticks

If you’re part of the many Whatsapp users in the world, you would have realised that there was something new in the app. The usual ticks we see in the corner of your messages have now changed into a glaringly bright blue.

6. The YouTube Chart-Topping Video That Shows Malaysians Are Not Racist At All

A quick Google search on racism in Malaysia would return with millions of search results. And we know that racism is bad: even the country’s former prime minister Tun Dr Mahathir Mohamad said that if Malaysians become more racist, it would threaten the country’s foundation.

But are all Malaysians really racist? The Malay Mail Online, a Malaysia based online publication, puts the subject to the test.

7. 3 Months In: Here’s Our Review of Xiaomi Mi3, the Android Smartphone

As a disruptive force in the world of smartphones, Xiaomi seems to be a company that continuously defies the laws of retail products. With their recent foray into Singapore, they brought with them the same amount of fanaticism, fervor, and pandemonium with their trademark “fire sale” that distinctly heralds their brand.

I was also consumed by this “fire” and finally managed to get a set of their flagship offering, the Xiaomi Mi3, after several failed tries. Here’s a short review 3 months into using the phone.

Called Meow, the mobile app claims to be the “fastest growing social network with millions of members from every country”. Essentially, Meow finds you best matches and helps you socialize and meet new people and friends. It combines the element of discovery and social chatting together. You can be randomly paired up with an user anytime you want, or you can browse various random users by a particular location and chat them up.

When the idea of honouring one of Singapore’s founding fathers, Mr Lee Kuan Yew, was brought up during a casual conversation with church leaders one day, 19-year-old Dominic Chin decided to pursue the project immediately. He took three days to compose the song and enlisted the help of five friends to produce the video.

11. I rode the Electric Kickscooter from Choa Chu Kang to Holland Village. Here’s what I found.

With a bag in sling, I took off at 6pm for the 7pm dinner. At the beginning, it was difficult to get used to moving at 10km/h on the small contraption, but with 5 minutes of practice, I quickly got the hang of it.

Soon I was travelling at its top speed of 20km/h, wheezing past people at bus stops who couldn’t help but notice how fast I was moving. Noticing their gaze, I imagined them thinking to themselves, “that thing must be electric, otherwise this guy must have Superman legs!” That’s the kind of things that linger in my head.

Of course, life is not all guns and roses. Apart from becoming the subject of wonder and ridicule, I did face a few problems of my own.

12. Redmi Singapore exploded in popularity, sold out in 8 minutes

Xiaomi has never had a problem selling out of deliberately limited quantities of any of its devices. In a Chinese flash sale on November 19, it sold 100,000 phones in six minutes. Earlier too on November 11 (Singles Day), it sold 200,000 in less than three minutes in China.

The same case happened in Singapore today with its inaugural launch of Redmi, the budget Android device for Xiaomi. When it was opened for orders earlier at 12pm today, the phone was snapped up in minutes, with reports from customers saying that they couldn’t place the purchase anymore at 12:10pm.

13. Singaporeans Show That They Give A Damn About Unjust Sim Lim Square Scam

Pham Van Thoai, a Vietnamese tourist, who spoke to local chinese paper Lianhe Zaobao, makes a mere $200 a month as a factory worker, paid $950 for a iPhone 6 at Sim Lim Square for his girlfriend. However, when he was about to leave, he was told to pay another $1,500 for warranty. When he couldn’t pay the price and asked for a refund, he was refused. And even though the police got involved, he still left $550 poorer and without an iPhone 6.

Gabriel Kang, a Singaporean and an entrepreneur, has set up a crowd-funding campaign to help Pham, hoping to raise S$1,350, a small sum as compared to other crowdfunding campaigns out there.

14. I’ve seen the future in Singapore, and I have basically stopped using the social media

Last fall, after years of raids on social networks, I closed my social accounts. I logged out of Facebook, I removed the Twitter app from my smartphone. I had at an average of 5 tweets per day for about 4 years. Luckily I suddenly stopped, and I’m happy with what I have done.

15. Gen Y Steps It Up: Young S’porean Rebuilds Company In Memory Of His Father

Instead of working with a big corporation or starting his own company, Morgan said that he had always wanted to take over the business that his father, Roger Yeo, had started years ago. After being retrenched, Roger had built up his own company, what was then called JR & P Industries Pte Ltd, that specialised in creating system furniture and included a custom furniture arm that catered to both corporate and residential spaces.

Editor’s Note: There you have it, our best of 2014. The list is also consistent with out vision of introducing the best brands, products, apps and human stories to our readers. We look forward to bringing you more news in 2015!