The 3DHead: And You Thought Google Glass Looked Stupid 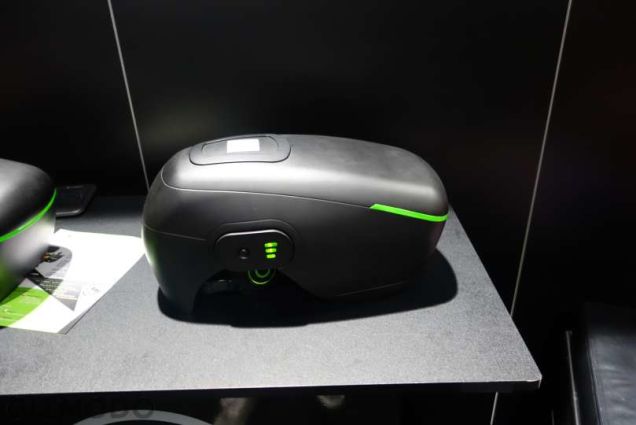 Move aside, Google Glass, there’s a new contender for the stupidest-looking wearable ever.

Introducing the 3D Head, a literal, unimaginative name for what literally is a head made to submerge you into a 3D virtual world. It calls itself the “Oculus Killer”, while Gizmodo called it a “Gigantic Tron Nightmare Shoebox”), and it is supposed to do just that — create an ultra-immersive world full of monsters and creeps that you fend off.

And the best thing is this:

It’s literally just a tablet strapped to your face.

If you remember Samsung’s attempt at virtual reality, you would recall the Samsung Gear VR, a contraption that looks similar to the Oculus Rift, but literally just allows you to strap your Samsung Note to your eyes. Granted, it adjusts to let you view the world in 3D, like the Google Cardboard but much more expensive (and not made of cardboard). But when I expected an upgrade, I was thinking more along the lines of quality experience, not size of accompanying device.

Also, you would think that with the massive ‘expansion’ of virtual reality in creating a whole head, they would have thought of a way to extend your playing experience beyond a controller that, despite its massive size, is still a damn controller.

Why is it so massive? Because there’s a slot to put a tablet there as well! Because you would totally need that with a tablet already strapped to your face. I would much prefer a sword — or a gun.

While the Google Glass and Oculus Rift — and many other Google-type wearables — do make you look silly to a degree, there’s something about strapping on a giant T-rex head to you that makes you feel like the age of wearables is taking things a little bit too far. You can get it at an extremely low price of USD600, and it comes with a huge head to hide your face in shame for spending that kind of money on that kind of a product.

The next time I see any high-tech helmets in the market, I expect to look like Iron Man, with a personal Jarvis. And be able to fly.

All, without the help of a tablet.