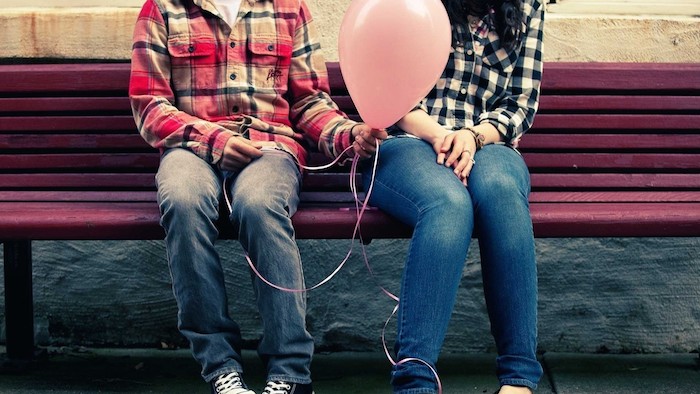 “This guy,” my friend said to me after I freaked out to him in the middle of the night, “He saw a chance and he took it.”

Full disclosure: I couldn’t decide if I should agree to going out on a date because ten thousand things were going through my mind. So I did what I always do in these situations: I went to a friend, and I panicked. I couldn’t deny what he said to me though. This guy did see an opening and he did take the chance. So I shrugged.

But before I could formulate a reply, my friend continued, “And you gave it to him.”

That, I couldn’t deny either. I did give him a shot. Because somehow, against my better (or maybe worse) judgement — I wanted to give that chance.

Like many of us, I live with too many constrictions in my head. This is especially evident when it comes to dating. That guy is too tall, that guy is too short… this guy doesn’t read enough, this other one can’t ride a bicycle to save his life. I think ten thousand steps ahead of one date, and I wonder how this new guy is going to fit into my set of constraints.

Sometimes this set of constraints are important to me — especially when it comes to faith, or general life philosophy — but sometimes, these constraints are what set me back. I can’t seem to take a chance on anyone who doesn’t tick off the boxes on my list because I worry about how it might turn out in the future, when I haven’t even taken the first step.

Sometimes I can’t tell the difference between my unwillingness to take a chance and issues and values that matter to me. Does it really matter, for example, if someone is younger than me? Is it that much of an issue if someone’s value system is different from mine? I mean, aren’t these differences between people what makes life so interesting in the first place?

Besides, I have a feeling going on a date with someone is precisely the way to find out if you two fit, and by having these constraints, I’m basically shooting myself in the knee. How would I find out if our values sync if I don’t go out? Google is certainly not going to be my friend in this case.

Over the years, I’ve found that my constraints have grown smaller and smaller until I don’t know if I’m really good at giving chances to people, or if I’ve found that these things that used to matter a lot to me — if someone’s younger, for example — didn’t matter as much anymore. But I do know that you’ll never know if you don’t try. And besides, I want to go.

So I said yes. Even though I barely knew him, even though I didn’t know if this was going to turn out good or bad, I said yes. Yes, I’d love to go. It’s time to step outside preconceived notions and just shout, “Geronimo!” into the future. And then take that chance.

If not, as my friend so wisely quipped at the end, I could do it “for the Instagram… or like, the stories”.