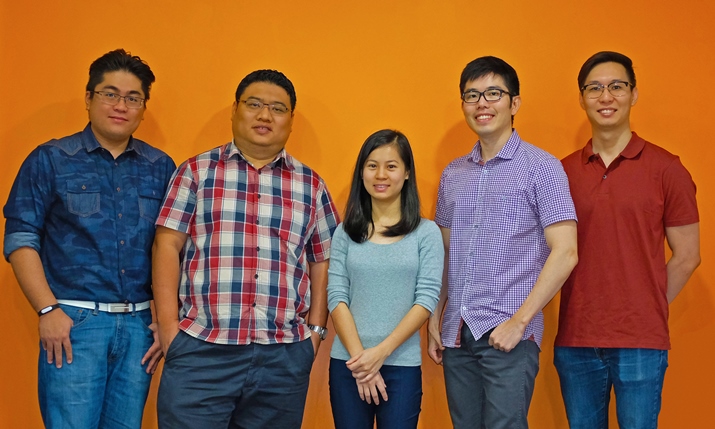 To avoid unhappy incidents like running out of money in middle of the month, it is important to have self-discipline and control. On top of everything, a wise financial plan — such as budgeting and saving — is key to keep you from overspending. After all, as Benjamin Franklin once said, “If you fail to plan, you are planning to fail.”

With a glut of mobile apps on the market, planning your financial activities has never been easier. Whether it is saving money, controlling your expenditure, or budgeting, everything you need is right at your fingertips — all thanks to Saved.

Meet the Masterminds Behind It

Saved is the proud start-up of Allen Ding, a software engineer and the CEO of Snappymob Sdn. Bhd. Together with his childhood friend Alvin Ting, they founded Saved.

Allen graduated with a degree in Computer Science from the University of California, San Diego. Previously, he worked for a mobile app company called Egeniq in Amsterdam. He also did some consulting on his own, including projects for Samsung Mobile in Korea.

Snappymob was switching directions from providing client services, and was interested in working on their own products. As they describe on their official site, “[Their] mission is to craft fine, fine apps that delight and reward users.”

“The goal of Snappymob is to make anyone who could potentially benefit as a user of Saved to be aware of it instead of settling for an alternative that is not as good,” said Allen. He also mentioned that he could not find a financial app which was to his liking.

“I thought to myself we can do better. I talked to the team (the awesome talents in Snappymob), and it seemed like a pretty decent idea to us, so we pulled the trigger,” Allen said. Some of the team members at that time were also interested in financial management tools, so the app was created.

Saved 1, the original version of the app, took the team about 4.5 months to create from development to end product. After its release, the team continued maintenance for a few months before working on Saved 2. Allen told Vulcan Post that design is the main factor that differentiates Saved from other financial apps on the market. “This singular word has translated into hundreds of hours of design and engineering work. Our bar was for Saved 2 to have the undeniably best user experience among the competition.”

Saved 2 — the revamp version of Saved — launched last week, and costs US$4.99 (about RM17.77) on the Apple app store. Allen explains that, “Saved 1 is still available for download. However, Saved 2 will be a free update to users who have Saved 1.” This will allow users who have supported Saved to be able to enjoy Saved 2.

Allen also explains that for sophisticated users who need complex money management features, there are better alternatives. “The majority of people simply do not know where their money is going, and would benefit tremendously from even a base level knowledge of this aspect of their lives. These are the people we want to use Saved,” said Allen.

Initially, the team faced problems in trying to make their investment pay off. Nevertheless, with the team’s dedication and effort, the app seems to be showing some signs of success. “What we are doing is focusing on both the product side and the marketing side of the business. From the product perspective, version 1 had too many flaws. We set the bar much higher this time and we hope our users love the end product,” said Allen.

Since its launch, Saved 2 has done well, and has been featured as an App Store Editor’s Choice in a number of countries such as France, Netherlands, Brazil, and Korea.

Meanwhile, although Saved 1 was available for both iOS and Android users, Allen and his team decided to focus their efforts on Apple this time around, making Saved 2 available only for iOS users. “We picked the platform we were better at. That being said, there are many companies out there who are doing well on different platform so this isn’t meant as advice for what someone else should do. Our past failures are our own.” The team would like for Saved to help people to save some money. “We think the best value you get from using Saved is simple financial intelligence,” said Allen.