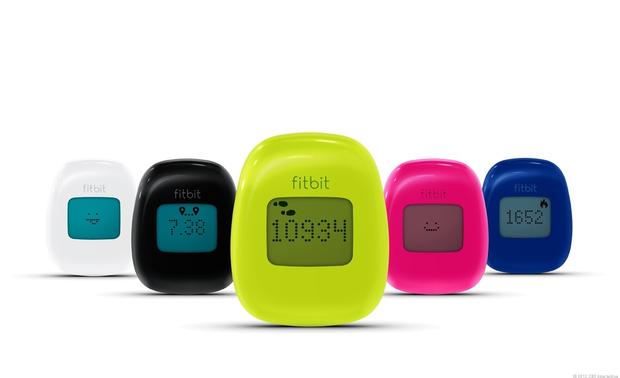 2015 ushers in a slew of resolutions, most of which focus on the elusive goal of getting into shape.

It’s not an easy feat — as anyone who has vowed to hit the gym regularly every January can attest. But Fitbit’s most affordable tech yet is hoping to change this.

Currently the cheapest device on their line up, Zip (which costs $59.95) features a simple, albeit basic way to get yourself on the bandwagon — and stay on. And while it does lack feature favorites such as the brand’s sleep and step trackers, it does get the job done.

The most notable difference with the Zip is that it doesn’t come in a wristband-style, which competing brands like Nike Fuelband or Jawbone Up do. Still, the device is designed to be wearable, portable, and light, given its pebble shaped form that slips easily into pockets.

While the tech is meant to be functional, its makers have taken it upon themselves to offer it in various candy colored hues, including blue, pink, white, gray and lime — all of which come with matching-coloured clips.

The goal of the Fitbit Zip is quite simple — to log your activity levels. And it does so by tracking the number of steps you take in a day. It then pegs this value against the total distance traveled, as well as calories burned throughout the day.

Time is prominently displayed on the screen, as is a smiley icon if you are moving around enough. Once it senses a laziness however, the smiley will rudely stick its tongue out. There are no tactile buttons on the gadget, and will require users to tap through the device to navigate it.

One of its best features for me is its ability to wirelessly sync using Bluetooth connection, which is way better than predecessors such as the Fitbit Ultra, which requires an unreliable USB connection. It also allows the sharing of data via Bluetooth for iPhones (on the Fitbit iOS app) and Samsung Android devices.

The screen is fully interactive, allowing you to pinch to zoom in and out to view graphs that track your progress. Calorie counting is also made easier with Fitbit’s access to a massive database.

One downside for me was the lack of ample backlighting for the monochrome screen, which renders the device almost useless in dark environments.

Zip has no rechargeable battery, but it does run on a replaceable lithium battery that can reportedly last between four and six months.

If you’re just dipping your toes into the world of diet and fitness, the Fitbit Zip — despite its lack of trademark Fitbit features such as sleep tracking — makes a great exercise and daily activity companion.

It’s a great choice offered at a great price, and it might actually be the push you need to stick to your New Year’s fitness regimen.

Also Read
Withings Activité: The Smart Watch That Actually Looks Like A Watch