A Startup For Every Startup: An NTU Final Year Project Turned Startup Community 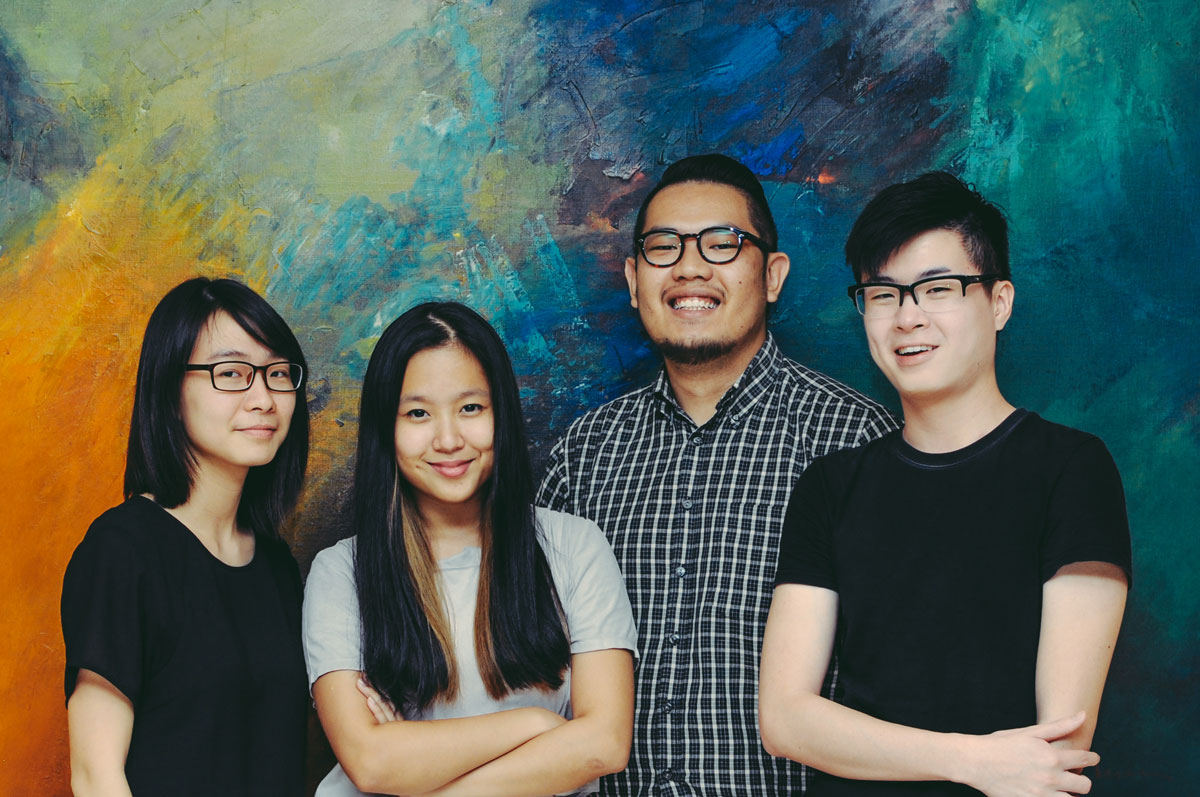 Final Year Projects are a big deal to most university students. But when this group of NTU students sat down to think about their Final Year Project, what they came up with was even bigger than school.

The group — made up of Isaac Tan (25), Caster Teoh (25), Wong Yan Ting (23) and Olivia Ng (23) — decided to go out of the norm to achieve what many would believe was an impossible dream, and along the way, create real life impact and benefit to others. They wanted to create a truly collaborative startup community online.

They formed what they call The Platform Collective, a website that aims to change the landscape of independent businesses and startup owners in Singapore, and at the same time, acknowledge the vast pool of talent hidden in Singapore.

We spoke to Isaac Tan about the inspiration behind this movement and their vision for the startup scene in Singapore.

A Startup For Every Startup

The main spark of inspiration, according to Isaac, was a quote by ESM Goh Chok Tong, who was reported to have said, “The first generation builds the company, the business and the wealth. The second generation runs it, maintains it. The third generation just spends it…I’m not saying (the younger generation) can’t do it, I’m saying the jury is out for them.”

“We didn’t quite agree with that because we noticed that there was a small movement happening amongst young Singaporeans who were breaking away from the status quo, pursuing their passion and it came in the form of starting up small businesses,” said Isaac. “And as we spoke to different young business owners, we observed a gap in the market. It seemed that many of them were passionate about what they did but they still faced certain challenges in different aspects.”

“That was when we realised that there was a startup for every startup.”

What this means is that for every need that a startup has, there is another startup that could service that need. What this creates is a web or ecosystem of needs that, if linked, could offset the challenges that each startup faces.

“Whether it’s marketing, social media management or even graphic design, there are startups out there who can be of mutual benefit to each other,” said Isaac. “So instead of competing for resources, we envisioned that a community would be the best way to collectively pull together resources and to create a shared economy through collaboration between startups.”

The main concept that powers The Platform Collective is the idea of bartering. Since there is a startup for every startup, each startup could offer their service to another startup — in exchange for one of their needs being met. It is a concept that goes back to the most basic of economies, where monies didn’t exist and players in an ecosystem cohabited by specialising in their own trades, and trading their services and products after.

Once implemented effectively in the startup scene, it could meet the needs of everyone in the community, and foster a ‘kampung spirit’ that could glue the community together. And that was the idea that excited and motivated the team behind The Platform Collective.

“It’s based on what the involved parties mutually value in the items or skills that are up for trade. Bartering also helps to foster relationships because people have to talk and discuss the terms. It’s no longer a mere transactional relationship, it’s a potential friendship that can be formed through likemindedness, and it can create more possibilities for collaboration.”

However, there are people that would go as far as to say that the idea is an idealistic one. A large community with the ability to support barter trade has to be one that is comfortably co-dependent. While the startup space in Singapore is growing steadily, the new concept may not sit comfortably with some, especially for those who have growing concerns about cash flow.

To Isaac, what it takes is a real change of the startup culture.

“I think that big dreams are a step in the right direction to doing great things. The Platform Collective is more than just an idea. It’s an ideal and the execution will definitely be fine tuned along the way but the intention behind building this community is what remains.”

“Our hope is that this community would function like an online coworking space. When people move into coworking spaces they always hope to meet likeminded people and to be able to built a network. Through The Platform Collective, we hope to do the same and to encourage collaboration so that this shared economy will grow and help small businesses thrive wherever they are.”

At the moment, The Platform Collective is doing many things right. Currently, they have 21 startups on their platform, some of whom have already successfully bartered their services. For example, travelling tailors Mr. G have helped local cafe Hyde & Co. design their lemon-yellow aprons.

To support their community, they also have a featured startup of the week, where they either take a video or several photographs of the business, all of which are done in-house at no cost. In fact, the only cost expended was the cost of their domain at theplatformcollective.com, and website theme.

This project, according to The Platform Collective team, is much bigger than the Final Year Project they set out to do. And when I asked them if this project would live beyond graduation, they answered positively without hesitation.

“The Platform Collective will evolve from a project and hopefully into a business. We are here to really make the best of the situation and to help the different brands that come our way as well. We are looking to grow the team as well so hopefully we will find more likeminded people to share in this ideal of creating a community for every kind of startup.”

For now, their main focus will be making it through their project, because they are students that do have to graduate (I have no doubt that this will warrant an A at this point). But they are also looking to hold several forums for startup owners and young people looking to start their own business, covering topics like failure, ideals, passion, and issues that startups may face along the way.

But Isaac made it very clear that the forums will be much more than just networking events — The Platform Collective hopes to foster real relationships between startup owners who are, after all, in the same boat.

“Sometimes it’s important, to know the person behind the business more than to expect that they would be helpful to you,” said Isaac. “We are all about building a community, and that begins with real people, real businesses and a real concern for each other.”

And the cost of food and venue for these forums? All bartered.

Also Read
From Music To Meats: Soh Wen Ming On The Price Of An Unconventional Job