Kickstarter Pick Of The Week: This Chopstick Will Give You The Perfect Eating Experience 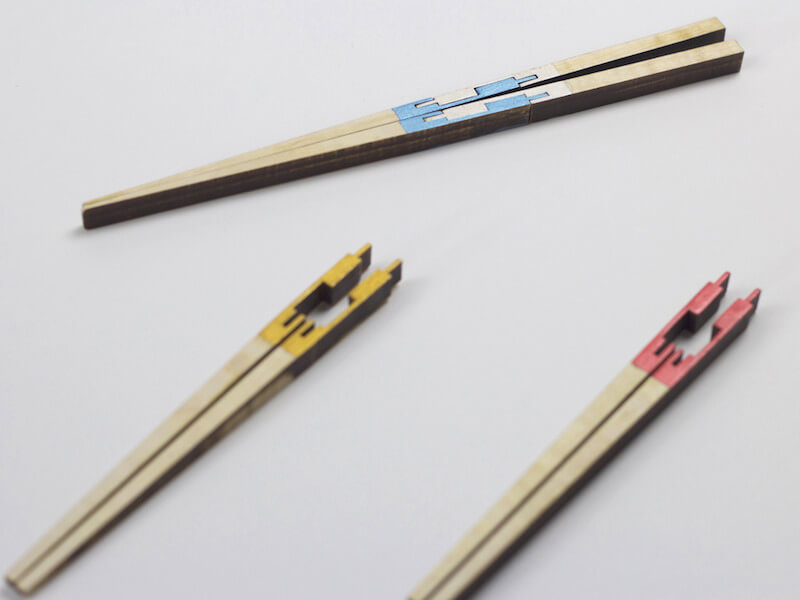 Kickstarter Pick of the Week is Vulcan Post’s weekly series where we share some of the most noteworthy and creative projects that pose to make positive improvements in our lives. Come across anything interesting on crowdfunding websites? Let us know at team@vulcanpost.com!

When was the last time you looked closely at a pair of chopsticks? Do you notice the shape of it when you’re washing the dishes? By the time you finish reading about this Kickstarter campaign, you’ll never look at your chopsticks the same way again.

Ta-bé is a culturally adaptable chopstick set that fits in the needs of the East Asian food experience. Inspired by the Japanese word 食べる (taberu), which means ‘to eat’, it’s designed with colour-coded, interchangeable tips for the respective cuisines: red for Chinese, gold for Japanese and blue for Korea.

Ta-bé may not be as quirky as the Star Wars LIGHT UP Chop Sabers (yes, they exist!), but it’s certainly a lot more feasible. To use Ta-bé, simply slide the tips into the base on each side and you’re good to go. Check out this GIF to see it in action. It’s also ideal for carrying around wherever you go, thanks to its customisable design.

Most importantly, by using Ta-bé, you’ll be playing your part to make a stand against deforestation, while ensuring you ingest less bleach into your body. Yes, you read that right: bleach. Shine Chen, the creator of the product, included a link in his Kickstarter campaign which led to a report discussing how disposable chopsticks are sometimes made with sulfur dioxide. This very report also revealed that sulfur dioxide is used in the making of cosmetic products. Yuck? Yuck, indeed.

Also read: Kickstarter Pick Of The Week: This Mechanical Pencil Will Last You A Lifetime

How do the interchangeable tips of the Ta-bé chopsticks differ from one another? According to its Kickstarter page, here are the differences:

Chinese (red): Rectangular ends merging into blunt/tapered ends mainly to hold and deliver the rice into the mouth.

Japanese (gold): Sticks tapering to a pointed tip mainly to pick bones off the fish, maintaining a delicate control on the food.

Korean (blue): Flat rectangular profiles made with metal to pick up side dishes. It’s more of a secondary tool than the main eating utensil — a spoon.

When I spoke to Shine about the work that went into the creation of Ta-bé, he explained that it all started during entrepreneurial design classes in school. He said, “It is really different from what you learned sitting at a desk. You are made to talk to people like manufacturers, get press attention, and build connections with past successful fundraisers. There is no pause and slowing down on executing your ideas to the real world.”

So does he have any advice for budding designers? This is what Shine had to say: “‘Always be hustling’ — as my teacher Craighton Berman would always say — is the key for anyone who wishes to succeed in entrepreneurial projects like these.”

Shine also revealed that the toughest part of Ta-bé wasn’t the creation process; it was the difficulty in promoting the product that set alarm bells ringing. He further clarified that the interchangeable tips “are not an attempt to promote the diversity of East Asian food culture… It is the idea that bringing the right tool for the right food will maximize experience and function within each culture’s chopsticks.”

During our brief message exchange on Kickstarter, Shine said that Ta-bé is still undergoing remakes of context shots and promotions to bring accuracy to the product concept.

When I asked how he would describe Ta-bé in one word, Shine picked authenticity. He explained his choice, “To describe Ta-bé more accurately I believe it would be “Eat, and enjoy authentically!””

Where does the creator see his brainchild ten years down the road? Shine hopes that it’ll involve people experiencing different Asian cuisines on their own.

He shared, “There are no expectations for it to be like the “next big thing” within the chopstick world, but it is hoped that Ta-bé brings joy and curiosity toward Asian cuisines for its future user.”

Are you tired of disposable chopsticks full of splinters? Hop on over here to fund the project.

Also read: Kickstarter Pick Of The Week: DesignLiner, The One Ruler To Rule Them All