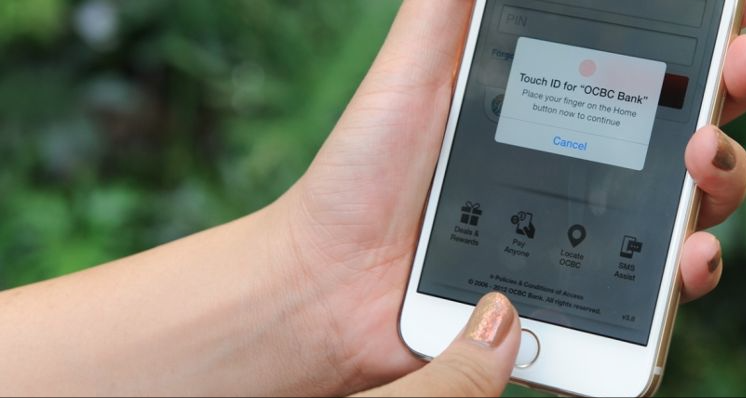 On Tuesday, OCBC — Singapore’s second largest bank — launched a new feature on their mobile app, allowing users of the app to access bank account, cards and investment balances with a simple scan of their fingerprints.

The feature is called OCBC OneTouch, and according to Today, it will be available on devices that run on iOS operating systems and have Apple’s Touch ID fingerprint sensors. These devices include the iPhone 5S, 6, and 6 Plus.

This feature essentially removes the need for users to request for PINs each time they want to log in to the app, which means that gaining access to our banking information just got a lot faster and more convenient. It also makes the whole process a lot safer, since it eliminates the possibility of others getting hold of our PINs.

In a press release, OCBC explained that, “No other bank in Singapore unlocks a complete online view of a customer’s bank account, card and investment balances via fingerprint verification,” making the bank the first to introduce such a fuss-free system.

DBS Bank had launched a payment app called DBS PlayLah! in October last year, which also makes use of fingerprint recognition to give customers access to their app. But OCBC’s new feature takes the technology to a new level, giving users the ability to check their account balances – which DBS PlayLah! is not able to do.

According to Channel NewsAsia, users of the OCBC app may begin using the new service by doing a one-time activation with a PIN and access code, following which only fingerprints will be required to gain access.

Copy and paste this URL into your WordPress site to embed

Copy and paste this code into your site to embed