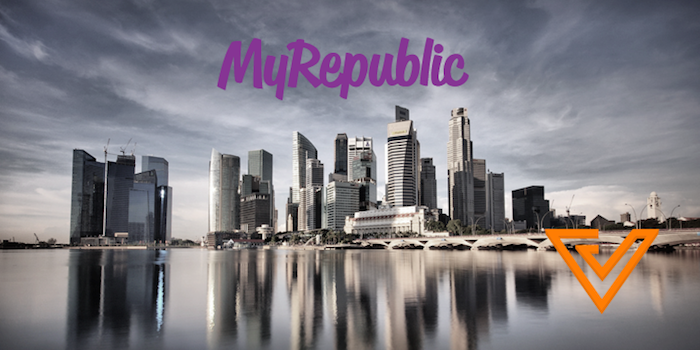 The rumours are true — MyRepublic has announced that it is planning to become Singapore’s 4th telco. And the first order of business? Unlimited mobile data.

MyRepublic went public today on their Facebook page, formally announcing that it wants to come into Singapore’s telco industry and make a dent in the system by making mobile data its main focus.

While most data plans offered by the three existing telcos — Singtel, M1, and StarHub — now offer 2GB as a norm, MyRepublic says that “10GB or 12GB data plans shouldn’t be the premium — it should be the norm.”

Yesterday, MyRepublic spoke to e27, confirming that they are in talks to becoming Singapore’s fourth telco.

“MyRepublic is in talks with the IDA about becoming Singapore’s 4th telco, though we are currently in the proposal phase and the IDA has yet to make a decision on this matter,” MyRepublic told e27.

They are also well known for their high-speed 1Gbps fibre broadband plans, which are provided to Singaporeans at much more afforable prices than that of their competitors. In fact, they have also announced that they will be offering a free trial of their 1Gbps plan from 19 March onwards, “no strings attached”. The trial period runs for 2 months, and interested subscribers are to head to the MyRepublic website tomorrow to find out more information.

It looks like MyRepublic is hellbent on becoming the maverick of Singapore’s telecommunications industry. If the three existing telcos were already sweating from the 1Gbps plans they offered last year, the current free trial will definitely make matters worse for them. And with them coming in as Singapore’s 4th telco, the competition may help pull prices for data plans much lower, making sure that we get the data we want at the prices we deserve.

In the span of just over a year since MyRepublic launched its groundbreaking 1Gbps offer, the standard of Singapore’s fixed broadband performance has improved by leaps and bounds.

But we can do so much better. We need more people to get the best broadband experience and there’s a new standard in town – 1Gbps.

The one-of-a-kind Free Trial starts 19 March 2015, allowing anyone who to experience MyRepublic’s 1Gbps with no strings attached. Customers pay nothing to sign up or cancel within the 2 month trial period.

With our success in the fixed broadband market, we are now looking to leave an equally indelible impact on Singapore’s mobile market.

We want to become Singapore’s 4th telco, and we want to focus on mobile data.

10GB or 12GB data plans shouldn’t be the premium – it should be the norm. Customers should never have to worry about data limits. It is not an add-on. Mobile data IS mobility.

Should the company succeed in becoming a mobile operator, MyRepublic promises a return to the days of much larger and more generous data bundles.

There’s still much to be done here in Singapore, so let’s get there together.