This Instagrammer Is Eating Her Way Through The World, One City At A Time 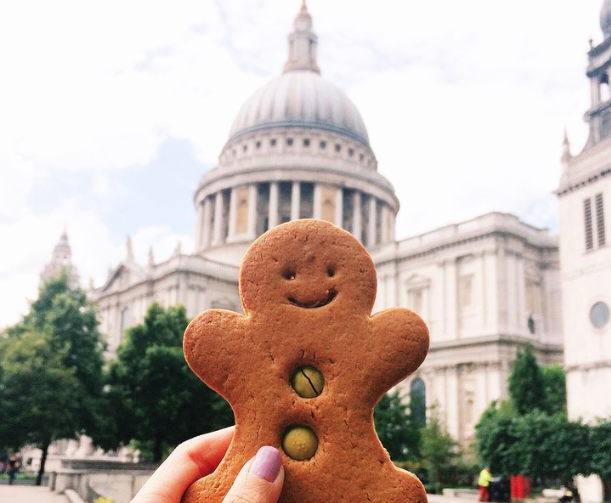 Recently, I stumbled across this Instagram account named Girl Eat World. Out of curiosity, I clicked on it, and I was hooked. Its owner, who goes by the name of Melissa, describes herself as a regular girl who lives by the motto, “food is the reason you should travel”.

Like its name suggests, Melissa’s Instagram account is filled with food photos that she takes on her travels. All the photos are taken in the same way: each shot is perfectly composed with Melissa’s left hand (usually) holding a food item, with her surroundings serving as a backdrop.

Although I was initially worried that I wouldn’t be able to get in touch with her (what if she was in the another part of the world, hunting for good food?), I was lucky enough to be able to talk with her online.

Who is this girl?

Melissa Hie describes herself as a pretty regular girl who just happens to run an Instagram account named “Girl Eat World”. Originally from Indonesia, she is currently living Singapore. Her Instagram account is basically an unrelenting feed of food, more food, and some of the local delicacies she has eaten while travelling.

What apps/camera does she use?

I thought at first that she might be using a heavy and bulky DSLR, transferring her photos onto her laptop, performing some Photoshop magic or editing them with Mei Tu Xiu Xiu before posting them on Instagram. If this seems too much trouble for a simple Instagram upload, don’t be surprised: I’ve actually seen some beauty vloggers do all these just to have a nice-looking Instagram feed.

However, Melissa clarified that, “I swear by only one app — VSCOcam. Lately, I have also been using Instagram editors. They are pretty good! When I’m editing the picture, I try to choose filters that enhance rather than overwhelm, and to make sure the food-to-background ratio is balanced.”

According to Melissa, it all started when she was backpacking in Europe.

“I was in Rome with my good friend Serena. She insisted on taking my picture in front of the Coliseum, while I insisted on eating my sandwich because I was too hungry. The resulting pic was a funny one of me pigging out in front of an iconic background. Since then, I thought about doing a collection of pics like that, of me eating in front of famous places, but the next time I went to Europe I was by myself and a bit shy about asking strangers to take a picture of me. So I took the food pics by myself in front of iconic backgrounds.”

As of today, Melissa has been to 32 countries. Luckily for her, her travel experiences have been extremely amazing so far. Melissa said she has never experienced anything on her travels that she particularly disliked — such as a bad case of food poisoning. She said, “If there is something bad, there is usually something good to offset it.”

How does one eat the world?

Coming up with concrete travel plans is extremely important, especially when you are going to travel on your own. When asked about things that Melissa does before she goes travelling and food hunting, she replied, “[I visit] mostly local and travel blogs. If there is Yelp in that country, I will use it to get real time recommendations too!”

How the heck is she not gaining weight with all that eating?

Speaking with regards to this issue, Melissa explained, “I don’t know if I’m lean per se, but when I’m not travelling I try to exercise regularly by running or walking a lot. When travelling, I walk even more instead of taking taxis. I usually average 15,000 to 20,000 steps a day, so I think that helps a lot.”

People love the girl who eats the world

Since launching Girl Eat World in May 2014, Melissa has been getting positive feedback from her followers on Instagram. She mentioned on her website that her account gained 25,000 followers in just over two weeks.

“All my followers are actually very nice, I love them. I very rarely get negative comments. Most comments I get would be asking how I travel so much, what camera I use, food recommendations, people tagging their friends, nostalgic comments, or people being hungry after seeing my pic,” said Melissa.

Other than looking at these beautiful pictures food, I also appreciate the effort Melissa puts into captioning her photos. Girl Eat World had me at that picture of a Hello Kitty doughnut. And as a girl who enjoys travelling, I think I already have a good idea of where to eat in my next travel destination.

This M’sian ice cream brand is all for creative presentations, from nasi lemak to NFTs