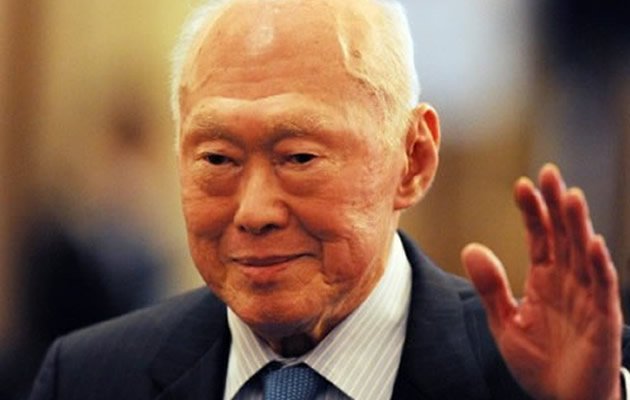 As our nation mourns the passing of Mr Lee Kuan Yew, the founding father of Singapore, the first things that come to mind are what’s going to happen to our country, and of course, Mr Lee’s often politically incorrect, yet very accurate words.

Mr Lee’s passing signifies the turning of an era, because we now have a different generation who are propelling the growth of Singapore. And now more than ever, modern Singaporeans need to understand what it takes to be more than just average.

In 1965, before the birth of our nation as an independent republic, Mr Lee had no doubt spent a lot of time thinking about how the government that he set up was going to run and manage a country with a population made up of different races, values and culture. At a luncheon in Sydney, Australia, in 1965, 5 months before what would later be known as our National Day, he uttered these words:

“You’ve got to do one of two things when you’ve got to keep people happy: either, give them something that will satisfy them, better food, better clothes, better homes; or if you can’t do that, then give them the vision of greatness to come”.

It was clear that he knew exactly what he had to do at that time, which was to provide the early citizens of Singapore — who were made up of immigrants from different countries and who were no doubt struggling to make ends meet — with exactly what they needed: basic needs such as food, clothes and shelter. Now 50 years on, the majority of us in Singapore know that what we have far exceeds just the basic needs.

His next provision was to give people the vision of greatness to come. And he has done that. After all, our forefathers were enticed to come to this tiny island with hopes of making it, so obviously, that message was relayed quite clearly. Through the years, we have also been exposed to plenty of campaigns that keep us aware of our country’s next big initiative, and as citizens, we know that Singapore is a global powerhouse in many, many ways.

As a 50-year-old nation, no one can deny that Singapore has come a long way in a remarkably short time to become as developed as we are today. We have all the resources we need; in fact, Mr Lee reckoned that youths in Singapore have been spoilt by the comfortable lifestyle that we now take for granted, and have ceased to want to work as hard as our forefathers did.

He was not wrong in his assessment; I, for one, may never be able to appreciate what it takes to have to leave my country, travelling thousands of miles on a boat with nothing more than a few dollars and a hopeful shot at turning my life around. However, let us not forget that this complacency is not a unique phenomenon — other developed countries face the same predicament, and this is because we hold different values and beliefs from our forefathers.

Under the iron fists of Mr Lee, we have been conditioned to be an obedient republic — which, in the grand scheme of things — is wonderful. That said, in areas where creativity or passion is concerned, obedience is not usually seen as something to be celebrated: we have been programmed to follow and be average, not different.

In the past, our forefathers believed in hard work and fulfilling the wishes and obligations of elders and family. Now, we want work-life balance and to fulfil our own dreams. Neither of these are wrong; we have simply entered the next generational phase just like any other developed country before us.

Instead of trying to fit in with the values of our forefathers that we no longer relate to, we now need to look at this differently. As modern Singaporeans, we need to dig deep and fit our own values to our dreams, believe in our ability to stand out and not be mediocre, and fully exercise our potential in this nation with the opportunities we have been given.

Mr Lee gave us a goldmine of opportunities and resources that he had promised to our forefathers. We no longer have to wait for the next story of a successful Singaporean — we can all be that story by adopting the values he imparted, and by learning to fully appreciate what we have. Mr. Lee was a brilliant man whom no one could ever accuse of being mediocre in any way, and though we will never have another Lee Kuan Yew, we can strive with our best efforts to differentiate ourselves from others, to refuse to be mediocre, and continue to grow modern Singapore in a way that Mr Lee had envisioned and of course, would approve.

Author’s Bio: Su is the founder of Life Provocateur and she is passionate about helping people take the first steps to taking charge of their lives and help them find passion, purpose and meaning in their lives.

Also Read
The LKY Legacy: Why It’ll Be Hard For Singaporeans To Have Closure
Categories: Opinions, Social Media User, Must Read, Singaporean