Social Enterprise Autonomic Arts On The Value Of Tech Startups 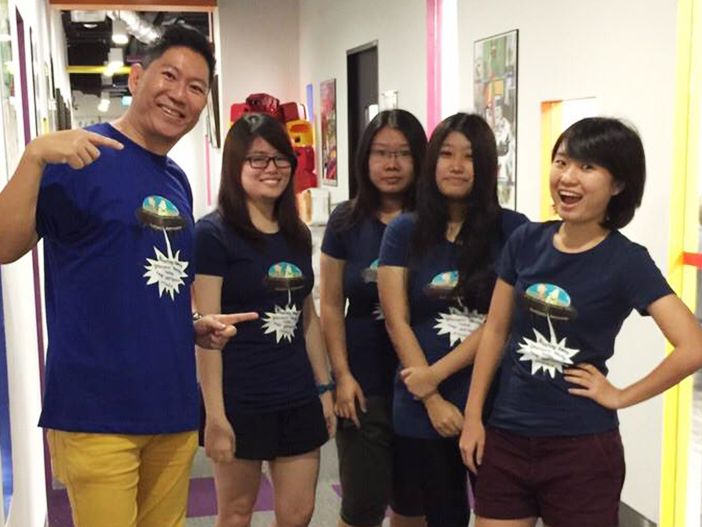 “The kids at the playground ran away from the girl with Down Syndrome,” said the niece of Ian, the founder and director of social enterprise Autonomic Arts. After hearing many stories like this, Ian decided to use his experience in animation and new media for social good.

“A trio of my friends decided to start a class for those children who couldn’t integrate in existing classes (in mainstream schools). After some time, I felt we had to do more, and that’s where Autonomic Arts was born.”

They Want To Be Normal

Empathy forms the cornerstone of Autonomic Arts. It aims to create animation and games that entertain children and adults alike, while raising awareness for the integration of special needs children in schools.

Now, we all know what empathy is in theory, but have we experienced empathy in practice?

“Empathy is crucial for special needs people to be part of the public sphere. It is not uncommon to find those who have grown to adulthood with autism, down syndrome, cerebral palsy or ADHD having few friends, or even none at all. Yet they want to be normal,” shared Ian.

A decade ago, Singapore did not have much of an accepting culture and special education facilities. These days, however, Ian notes that more help is being provided to people with special needs, largely through awareness campaigns. Yet the help provided comes from a minority of the population, and more can be done for those who need it.

The social enterprise has collaborated with Pathlight and Ngee Ann Polytechnic for a series of animated shorts that bring audience members through the life of Auton, a boy with autism. Their first production will be aired on free-to-air television on April 2 during World Autism Awareness Day.

In addition, two new apps are slated to be launched on the same day. Autonomic Arts created Sheepwalker last year, an app which first introduced Auton, and is available on the Google Play Store. These apps extend the content on television to mobile, making the experience with Auton more personal.

Where Tech And The Community Meet

Truth be told, selling art made by people with special needs is a commonplace practice of gathering sympathy votes. But what Autonomic Arts hopes to do is not only to use technology in their campaigns, but also to upskill their beneficiaries by directly involving them in the production of creative digital content.

And Ian knows exactly the strength and potential the online community can provide. Viddsee is among the many tech startups that have caught the attention of local social enterprises such as Autonomic Arts, where they are expanding their outreach beyond mainstream media.

“Partnering tech startups are part of the plan. The intellectual property can be easily licensed to working developers and producers so we don’t work on this alone. It has always been our goal to work with communities,” said Ian.

“Viddsee as well as other platforms and technologies expand the channels for our awareness content. They form ‘digital communities’ which serve two-fold to the cause: contributing their core competencies as well as directly working alongside those with special needs, a milestone in itself.”

Money Is Not The Solution

Crowdsourcing might seem like the only way to go for social enterprises, as their limited manpower and resources can only afford them so much. Yet, despite being an advocate of the online community, Ian is not entirely convinced by the offline one.

“I’ve asked friends who manage companies if they could offer part-time opportunities to special needs youth when they leave school. The reply can usually be paraphrased as the majority of their staff not wanting to bear the added responsibilities and liabilities,” shared Ian.

“It’s much easier to give money.”

Donations do help the unemployed with special needs get by, as funds go towards their caregiving and education. But there is also a concern over how they will manage in their later years, or if they will grow too dependent on financial assistance.

“We have a long way to go just to come close to the cultural inclusiveness of most developed countries, where special needs people are more independent due to a higher level of public empathy.”

Ian remains hopeful that one day, Singapore will be a more inclusive society, where communities that were once kept on the fringes of society can be integrated into the mainstream.

For collaborations, special needs work, story contributions, or animation and arts enquiries, you may contact Ian (ian@autonomicarts.com), and join in on this unorthodox campaign to give a normal life to those who have never had one.