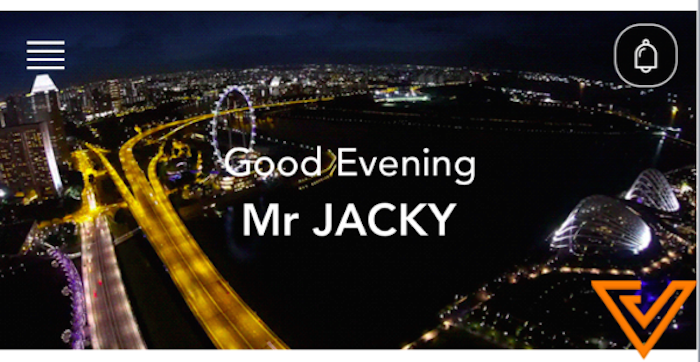 Back in February, Singapore’s main taxi fleet ComfortDelGro released their newly revamped mobile app in line with their commitment to improve passengers’ experience in Singapore.

You might have remembered that when we saw the app, we were extremely impressed by its design. Let’s take a look at it again:

To us, this is a significant upgrade from its previous version:

Founded in May 2010 by Adrian Ng and a fellow developer, Codigo has since grown into a 24-strong team, with an impressive portfolio of about 170 apps built to date. Other than ComfortDelGro, Codigo has also built apps which might be familiar to all of us: the McDonald’s delivery app, the SingPost app, CapitalMalls mobile app and Johnnie Walker’s iPad app, amongst others.

“What makes Codigo unique is how we marry form and function in all the mobile apps we created. Not only do we ensure our code structure is strong and scalable, we also ensure that user experience is deeply embedded throughout the entire production process,” director Adrian told Vulcan Post.

Naturally, we had to ask the team about Comfort’s new app. According to Adrian, Comfort called for a public request for quotation (RFQ) to revamp their existing mobile app. After several rounds of proposal presentation, the team was awarded the project for mobile app development.

The design phase took about one month, while development and testing of the app took about 10 weeks. A lot of thought went into ensuring that the newly revamped app has a refreshed look.

“We wanted to keep the app and user experience very simple, and we wanted a modern looking app that allows a customer to book a taxi in the shortest and easiest way possible. We broke down the user journey to people using the app for the first time, people using the app every now and then, and people who use the app frequently to determine the different use case. We then craft the user experience based on these 3 groups of people,” shared Adrian.

Adrian also added that they had to work closely with ComfortDelGro to filter through a list of the most requested features customers want, such as electronic receipts, ability to leave feedback and rate individual drivers, as well as smart address matching.

To me, that turned out to be a much needed personal touch in this app-floated mobile age.

From a tech perspective, the hardest part for Codigo when working on the new app was trying to integrate into Comfort’s existing backend system, and ensuring that the app performs in an acceptable manner even when cell signal is low.

“No matter how sexy the user journey, how beautiful the user interface, if we cannot even have the app connect to Comfort’s backend, no one will ever want to use the app as the booking of taxis would be impossible.”

We also poked around and asked if there are any hidden features in the ComfortDelGro app, but Adrian said that there aren’t any “easter eggs” currently. He teased, however, that new features will be added into the app as part of the development roadmap, though the team wouldn’t reveal how many users are there on the app now.

Well, at least I know I am one of them.