Singapore Digital Music Sales Go Up: The Death Of CDs And The Complex Future Of Music 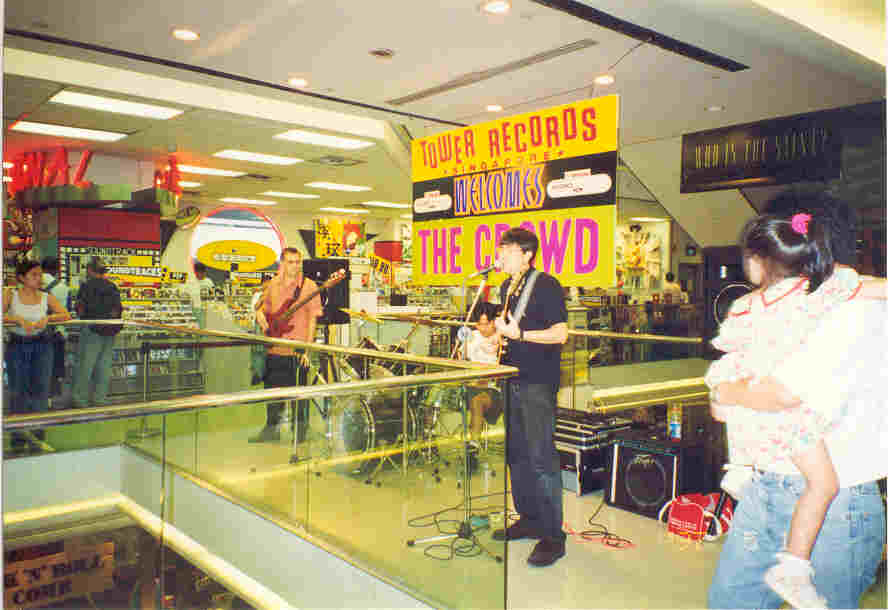 Who buys CDs nowadays? It’s a rare CD shop that can survive in today’s climate, even though music sales in Singapore saw surprise growth last year, as shown by the International Federation of the Phonographic Industry’s recently-released report. The report revealed that after four straight years of decline, local music sales rose by 4.7% last year — a strong increase as compared to the US’ 2.1% and Europe’s market decline of 0.2%.

Unfortunately, for brick-and-mortar music stores like Tower Records — which was the first major music store in Singapore and was forced to close its massive Suntec City outlet in 2006 — this news isn’t too hopeful. In a 938LIVE interview, Regional Director of IFPI Ang Kwee Tiang pointed out that the growth of music sales came largely from digital music revenue — in particular, from platforms like Spotify and Deezer. As digital music revenue balloons and its physical counterpart shrinks, there’s little doubt that CDs are about to go the way of cassette tapes.

All told, it’s not much of a surprise. Besides the music industry, most traditional retailers are feeling the pinch from e-commerce sites like Lazada and Q0010. Many of us have fond memories of CD shops — the old HMV store at Citylink Mall ranks among my most vivid childhood memories — but there’s no question that online streaming sites have huge advantages in terms of convenience and music choice. The funny thing is that even within the digital music terrain, there’re complications and headaches aplenty, and these might affect the way we consume music in the future. We take a quick look at a few recent developments.

A long time ago, the world used to be simpler — the only pirates were the kind with a peg leg and eye patch. Music piracy was nigh on impossible with records and cassette tapes, since no technology that could perfectly duplicate sounds existed. Cassette tape ‘dubs’, for example, were usually of a lower sound quality than the original. Then came CDs in the 1980s, and the technology to burn copies. The revolutionary moment for the music industry came in 1999 when a Boston student named Shawn Fanning created a digital file-sharing program Napster, handing us all the tools to become music pirates.

Obviously, music piracy isn’t the most ethical of behaviours, since it’s effectively cheating artistes out of the royalties they deserve. For a long time, the cataclysm caused by Napster made the digital music industry unprofitable, with Asia being particularly notorious for illegal downloading until audio streaming services like Deezer or Spotify came in. Spotify, for example, prides itself on “growing revenues for artists and labels” via its ad-supported free and premium subscription tiers. Music artistes are paid via ad revenue or user subscriptions, while we consumers get to enjoy a huge buffet of over 20 million tracks and a guilt-free conscience.

Also Read
This Is My Problem With Spotify

Spotify And The Starving Artiste

That isn’t quite the end of the story, though. In recent years, Spotify has been getting flak for supposedly paying music artistes poorly — high-profile stars that have pulled their albums from the platform include Taylor Swift and Justin Moore.

Closer to home, streaming services may not quite be the salvation it promised for the music industry: as Colin Goh, managing director of local indie label Ocean Butterflies Music emphasised in an interview with Today, the revenue collected by labels is “really peanuts” once music artistes make it big. Online streaming services may be great for us music lovers — alongside YouTube, there’s practically no better way for us to access thousands of songs on-demand — but the fact that physical and digital album sales are down isn’t so good news for our favourite artistes.

Just three months ago, a new music streaming site made its debut in Singapore — Tidal. Tidal at first seemed promising as a way of empowering artistes — its #TIDALforALL hashtag and the fact that it’s owned by a group of musicians including Jay-Z and Madonna suggested as much.

Unfortunately, it seems that their way of going about it involves charging comparatively exorbitant prices. As we’ve pointed out before, Tidal charges a monthly rate of S$29.99 for lossless (i.e., CD quality) audio, while Deezer’s going rate is much lower at S$19.99. Tidal does feature a lower tier for standard definition sound, but it’s difficult to justify a price like S$9.99 per month when Spotify offers a similar service for free (with ads).

It’s true that if you think about it on the most basic level, someone has to absorb the costs — users or artistes. That’s rather similar to the tradeoff we made when we began turning to illegal downloads, as an alternative to buying albums. It may not quite an either/or thing, but until a music streaming service comes along that can satisfy both, we’ll just have to find our own middle ground.

The Apple and Spotify Showdown

If anything, the digital music world is about to get even more complicated with everyone’s favourite tech giant, Apple, entering the scene. As Apple gears up to relaunch its own streaming platform Apple Beats, it’s reportedly pressuring major US music labels to kill Spotify’s freemium tiers and stop licensing their songs on YouTube. It hasn’t been too successful so far despite its clout in the industry — cue collective sighs of relief — but with iTunes music sales dropping drastically and artistes’ existing unhappiness about sites like Spotify, it looks like the music space isn’t about to stabilise anytime soon.

Was the economy of the music industry so complex in the past? Who knows. We’ve come a long way from those scratchy cassette tapes, and it certainly seems as though all the technological advancements we went through just made everything more complicated. But whatever the future of the music industry might be, it’s clear that we still have plenty of options for getting our favourite tracks, at least at the moment. Now that’s something to be thankful for.