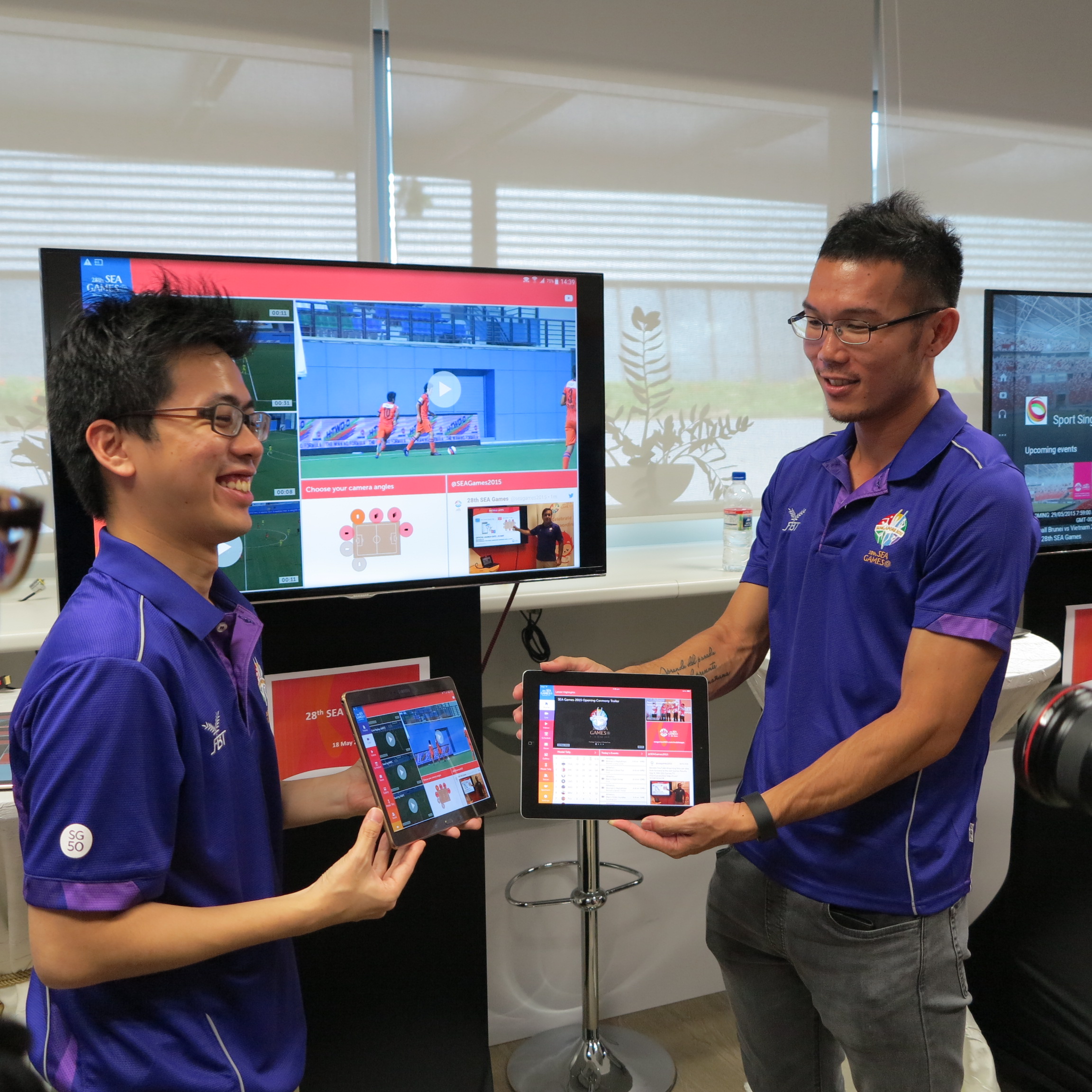 “Can this be the most digitalised SEA Games ever?”

This was the question the Digital arm of the Singapore Southeast Asian Games Organising Committee (SINGSOC) asked themselves when they started planning for this year’s Games. And they’ve attempted to do just that, by announcing two new apps — amongst other digital assets — at a media event earlier today.

The first app, SEA Games TV, will give users access to a live stream of 17 games on their mobile devices, and will be available on Android and iOS (Android users will get first dibs on a Beta version, which is set to launch tomorrow, 19 May). But that’s not all: viewers will also get a multi-camera option for viewing their favourite sports. This means that should you want to get a clearer view of that goal our football team just scored, view the moment from another angle entirely, or even watch the scene over and over again — you will be able to do so from your smartphone.

The SEA Games Results app, on the other hand, will provide users with up-to-date information about game schedules, athlete profiles, results, medal tallies and official reports. Like the SEA Games TV app, it will be available on Android and iOS; both will be free for download from 25 May.

Social media, of course, is a big part of any event these days. And the SINGSOC Digital team have focused much of their efforts on that aspect as well. The SEA Games’ official website will feature a Social Wall, where Games-related content produced by 100 volunteers will be published. Members of the public will also be able to contribute to the Social Wall — tweets, Instagram photos and Facebook posts tagged with #seagames2015 will be gathered in one place for easy access.

To ensure that sports fans from all 11 participating countries — as well as viewers from all around the world — will be able to tune in, SINGSOC will also upload live content onto their YouTube channel.

If you’re not all that into watching sports, don’t worry. You’ll still be able to take part in the festivities via NILA’s Quest — a web game where official mascot NILA travels around collecting “flames” from 11 Southeast Asian countries — and win prizes such as Samsung tablets, smartphones, smartwatches and cameras while you’re at it.

For now, the digital arm of SINGSOC are in the process of securing WiFi capabilities at sporting venues, though whether or not that will materialise is anyone’s guess — repeated questions from media representatives drew only vague replies, though they were quick to assure us that file sizes of video clips will be minimal.

Guess we’ll have to wait and see, or risk busting our data limit during the Games period.