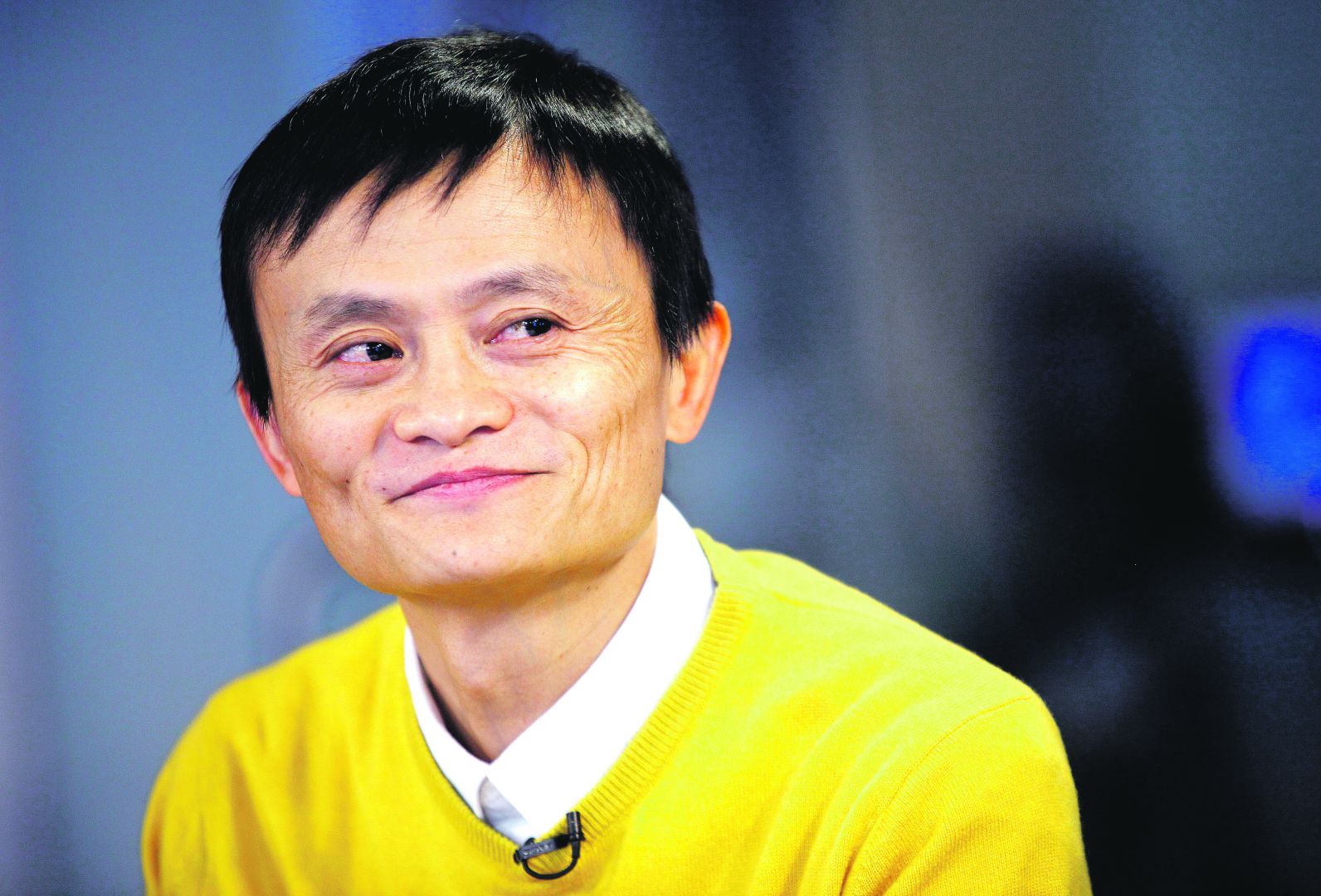 The driving force behind e-commerce powerhouse Alibaba, Jack Ma’s meteoric rise from humble origins to self-made billionaire has captured the awe, imagination and respect of entrepreneurs all over the world. It’s always worthwhile trying to soak up some life lessons from the great men of today, so we’ve sifted through the latest book of his words, 《马云内部讲话：相信明天》 (Jack Ma’s Internal Speeches: Trust In Tomorrow), to bring you some choice quotes on entrepreneurship, success and the values one should uphold.

On the Secret to Success: Strange Ways of Thinking

“People ask, how is it that your face became so strange? I say, because the things I think about are more strange, day in and day out I’m considering what might impede my company’s growth, what issues might turn cancerous and what might become colds.”

On Things More Important Than Wealth

“These three, five years, it’s definitely not myself for whom I’m working. The happiest times of my life were when I only earned 92 dollars, during that time my beliefs were very simple: work for a few months more, earn a bit of money, then I can buy myself a bicycle. In business today, one must have a spirit of openness, a mentality of sharing, a globalised outlook and a sense of responsibility.”

“I own no branded goods, I have no interest in such things, nor in cars. What interests me is whether I can create change in this world. [Bill] Gates donated US$58 billion, and that is his contribution to society… I feel that Gates is a very great man — by doing things such as these, he left an impact on the world.”

On His Success Being Down to Luck

“How do entrepreneurs slowly build up their companies to become good, become strong, become big? Nowadays, I sense my repute growing; especially after [Alibaba] became a listed company, people are afraid to look me in the eye; everyone wonders how Alibaba became so powerful, how Jack Ma is so clever. After achieving some modest results, we run the risk of forgetting who we are, because we’re young, we’re ordinary people.

When I set out on my venture, I ceaselessly reminded myself of who we were, and where we hailed from. When Alibaba listed on the 6th of November, everyone thought we were truly great, [and wondered] how could we have gotten such a high market value. [But] to me, 6 November and 5 November were the same, I didn’t feel any difference within myself.

After Alibaba was listed, I held a meeting with employees who’d been with the company for five years and longer, [and] I asked them a question. I said, Alibaba has so many millionaires and multi-millionaires — to others, we’re very successful.

Why successful? Because we were more diligent as compared to others? I don’t see it — although we are very diligent, there’re many people who’re more diligent than us in this world. Because we’re smarter? I don’t think so, recruiting staff was very difficult four, five years ago, [though] hiring is much easier now.

We weren’t particularly diligent or smart, so how is it that we all became wealthy? Because we had good fortune – we were actually very stupid. Seven or eight years ago, many people joined Alibaba; several clever ones felt that the opportunities available to them in the company were few, and were poached by other companies or set up their own businesses — their salaries went up.

The remaining ones weren’t smart and weren’t poached by anyone, [yet] if one takes stock of the five years that have passed, we are the ones who have inexplicably made our fortunes.”

On the Necessity of Telling Harsh Truths

“I think it’s an easy thing to hoodwink others — I can be a hypocrite and tell others, “You’re very hardworking, very diligent, persist for a few years and you’ll definitely succeed. But in reality, the road you’ve just recommended is a dead end. I believe what this generation requires is for people to tell them the truth, for people to be honest with them at critical moments.”

“When I was a judge on《赢在中国》(Win in China, a Chinese reality TV show where entrepreneurs compete for investments), there were several contestants who were very cute, their speeches were humorous and entertaining — but unsuitable for promotion (on the show). The people behind the show wanted to let them stay, saying that it would boost ratings. [But] I said, I ought to speak the truth, because I believe that this show will leave a huge impact on a lot of budding entrepreneurs — both current and those five to ten years down the road. If I flatter them in my position, and say what isn’t truthful merely for the sake of entertainment, it would harm a generation of entrepreneurs.”

On the Guts and Focus Needed in Business

“Focus is essential for business. When laying down the strategic goals for your business, you must never exceed three. Once you’ve exceeded three, you won’t be able to remember them, and neither will your workers. When you set down goals each year, just determine the three most important, and cut out the fourth.

Why is Alibaba a seven-company business, rather than eight? A person’s management capabilities have limits; one can only manage at most seven teams. Seven and below will pose no problem, [but] exceeding that will definitely bring about problems. In terms of small startups, the strategic thing to do is to survive. To survive, you must think carefully about three issues: the first is what you want to do, the second is how to do it, the third is how long to do it for.”

“Everyone can talk about never giving up, what’s crucial is whether you give up when you really meet obstacles.

I have deep experience with this advice of mine — for a venture to succeed, one must never give up. Everyone believed that there was no way China could engage in e-commerce; we had no credit system, no bank payment system, no network infrastructure, how could we possibly do it?

Everyone said this, but I strongly believed that China could make online trading a reality. China wants to engage in e-commerce, [yet] is lacking a credit system, market system, payment system, search tools and software, what to do? The thing to do was to build these up; if entrepreneurs waited until all necessities were ready before they began to work, they would have lost their chance a long time ago.

If good things were placed before your eyes, and others don’t act such that you can, are you more hardworking than others? In Alibaba’s case, we managed to build this seven-company business entirely because China lacked such companies.”

On What it Takes to Be a Great Man

“When I saw [Bill] Clinton for the first time, I thought, how differently this man considers issues. What an intelligent President — when he speaks to you, his gaze will be on you the whole time. We have some directors and secretaries whose eyes constantly drift above while talking to others. [But] when [Clinton] looks at you, you’ll begin to feel that great people are only great when they act like ordinary people.

However capable I am, how much do I really count as compared to Clinton, in terms of leading or governing a nation? Consequently, I want to learn from him. And then there’s Bill Gates and his thoughts on the future ahead, Warren Buffett, [George] Soros and his ideas about investment; the ideas of these leaders are worth my close study.”

“For a leader, vision, heart and strength are the most important. All these years, I’ve continuously upheld this belief.

Leaders cannot be unable to broaden their vision; when we compete with others, we’re competing to see who can see the furthest, the loftiest. It’s becoming more and more difficult to do business, the further your vision can stretch, the farther your journey must be.”

About Jack Ma: Jack Ma is a Chinese Internet entrepreneur. He is the Executive Chairman of Alibaba Group, a family of highly successful Internet-based businesses. He is also the first mainland Chinese entrepreneur to appear on the cover of Forbes Magazine and ranks as one of the world’s billionaires. Ma was named the Financial Times’ 2013 Person of the Year because he personifies the Chinese Internet, referring to him as the “godfather of China’s scrappy entrepreneurial spirit.”.