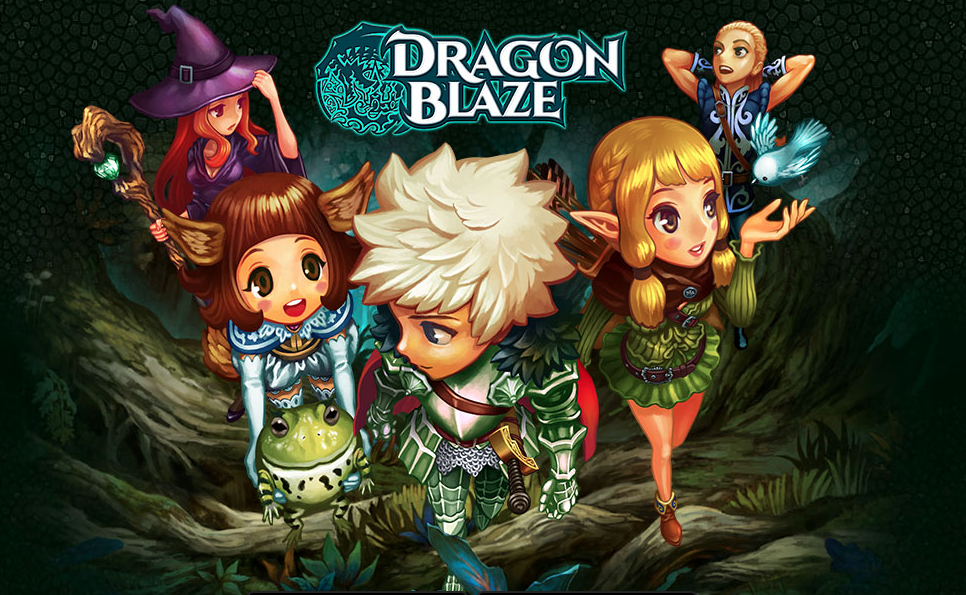 Dragon Blaze is a role-playing game released by GAMEVIL just last week which follows the traditional story line of saving your land from an evil villain. It originally launched in February 2014 on Korea’s KakaoTalk and it is one of GAMEVIL’s most successful titles.

All of this began after Deathcrown, the unrivaled dragon king of the living and the dead, returned from his ashes and began an eternal war with the vast number of human tribes.

You take on the role of a descendant of the long-extinct Boden tribe and you embark on a journey reclaiming all of the land that’s been captured by Deathcrown and his clique of dragons.

On your journey, you will be able to speak to and capture dragons along with all of the other cool “secrets” that could potentially bring the relentless war to an end.

Your Role As A Hero

For starters, you get to choose to either be a Knight, Archer, Priestess, Rogue and Mage. I decided to go with a Knight, obviously, because Knights are cool. You even get to choose from a collection of allies that will be aiding you on your quest to save your world.

These allies behave completely autonomously in the game and you don’t have to worry about them (will get back to how I feel about it later in the article). The allies fight on your behalf against all of the creatures that fight you.

Also Read
KinkBNB: The New Platform For Kinky Vacations Which Will Never Work In Malaysia

The graphics are pretty basic for a mobile game. The game didn’t lag and it didn’t freeze or crash when I was testing it on my iPad mini. Everything worked out as I expected.

It begins with a prologue that introduces you to the past and you only have a few buttons that you need to worry about. If you’re interested in paying close attention to the storyline, then you could read the speech bubbles over the characters in the game.

The one thing that I didn’t like is that the game comes off as an animated cartoon rather than an actual game, especially at the start. There’s a whole lot of talking with characters and there’s hardly any fighting.

When the time does come for you to confront dragons, your allies tend to finish them off for you, and you’re just left there with a deep hatred for your allies. Once you do figure out the icon that you need to click on for you to carry out an attack, you’ll soon realize that there’s a cool down period where you can’t do anything worthwhile. As soon as the cool down period comes to an end, so does the level, and you realise that you only pressed one single button for the entire round.

If, however, you like games that has a proper story line instead of non-stop brainless action, then this RPG is suitable for you.

The bonuses that you receive every time you log into the game or when you get stuff done makes you feel fulfilled. You get to give your character a name and you get to customize your gear.

I love the artwork and I also like the fact that you don’t really have to spend any money for the game and yet, you still get to make progress in the game and climb up in terms of ranking.

Even though, the game is more autonomous than I’d prefer, the story line is captivating enough to drain 30 minutes of time without me realising and there’s enough content in the game to keep you busy for months.

If you think Pokemons are overrated and you’d rather fight and catch dragons instead, you can try this RPG out. The game is currently available on both iOS and Android.