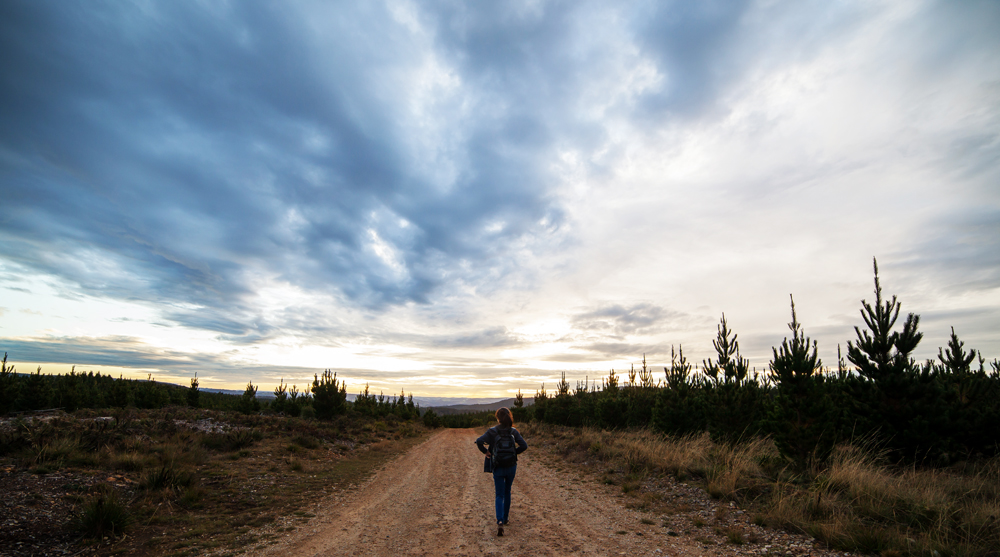 It’s that time of the year again when vacation shots plaster our social media platforms. From photos of sun-kissed beaches in Bali to sketches of cityscapes in Sarajevo (true story), you name it, there’s a photo of it on Instagram. But when funds run low and wanderlust runs high, fret not, travelling doesn’t have to cost a bomb, and we’re here to show you how.

We recently wrote about spending 10 days in Japan for less than $1700. This time, we explored another city not many would exactly consider a “budget” destination — Sydney, for 9 days, all for under S$1200. Just as a point of comparison for what a mean feat that was, a return ticket with Singapore Airlines from Singapore to Sydney on an arbitrary off-peak date itself costs upwards of S$1600. That’s even before considering food and accommodation.

We are however not endorsing unhealthy scrimping, much less while on vacation. Rather, we hope to show that with two parts savvy and one part luck, a dream vacation without busting your budget is completely attainable. So don’t believe them when they told you that you couldn’t have your cake, and eat it.

DISCLAIMER: This is NOT a sponsored post. Any organisation mentioned has not paid us to write about them.

1. Know what you’re going there for.

Before all that talk about money-saving travel hacks, trust me, a travel goal in mind is half the battle conquered. Asking yourself the simple question, “What am I going there for?” helps answer questions down the road on when to save and when to splurge. Going on a shopping trip will have a different set of priorities from a cultural pilgrimage. As would a lazy beach wind-down from a completely off-the-beaten-road backpacking trek.

We set off to Sydney primarily for food and photography. As such, our itinerary was planned around café-hopping, visits to gorgeous landscapes at beaches and the suburbs, and the occasional cultural indulgence of a Saturday market and aboriginal enclave. The majority of our carry-on cash was therefore allocated to food and transportation, instead of shopping or tickets to tourist attractions.

But on food especially, my, did we splurge.

While we stuck to these goals for much of our itinerary, flexibility was still exercised when flexibility was due. It was in those moments of spontaneity that we stumbled upon some of our most precious finds (including the German joint featured above). However, keeping to overarching travel goals helped narrow our focus and trim our budgets for a more fulfilling stay.

For example, since most of our time was spent outside of our accommodation, a relatively small budget was allocated to finding a safe space we could leave our luggage and sleep for a few hours each night. Someone looking for a relaxing getaway may instead choose a more cosy place to spend more time in.

We all know that when you travel matters. As far as possible, travelling in June and December are huge no-nos (if you can help it).

But beyond that, here are other ways to bring down the cost of travel.

Contrary to popular belief, I’ve observed that many seasonal discounts are offered for travel precisely during peak travel periods (you’ve probably got market competition to thank for that). Note that although deals are valid for peak travel periods, actual deals are usually offered slightly before last minute booking mayhem, which perfectly coincides with your planning if done a month or so beforehand.

One of my biggest budgeting accomplishments to date is snagging a flight ticket deal for all of… nine dollars. Of course, with taxes, surcharges and baggage costs factored in, a return ticket from Singapore to Sydney with Scoot set me back by $347.49. Still a far cry from the cool S$1.6k I would have blown with its premium counterpart.

For those who do not mind flying budget, low-cost airlines from Singapore now offer travel deals to a wide selection of destinations worldwide. Since all we needed was a functional, no-frills flight to Sydney, we chose to fly with Scoot Airlines.

Then it came to booking the tickets. I’ve heard about Scoot’s Morning Glory Tuesdays, where steep discounts are offered every Tuesday morning, as well as on special occasions like New Year’s Day, Christmas, and Mothers’ Day. What I didn’t know, at that point of time, was that they had occasional flash sales conducted at their whim and fancy. It was during one of these flash sales (pictured) that I was alerted to and subsequently snagged that $9 ticket deal.

For those who’d like updates on Scoot’s discounts and promotions, I’d recommend “liking” their Facebook page for the latest scoop. They also have a nifty Price Watch function on their booking page, which automatically sends email alerts when prices fall below your predetermined value (don’t worry, it doesn’t excessively spam, and can be turned off when no longer necessary).

Some of these features also apply to other budget carriers flying from Singapore, so you might like to check those out as well when deciding on and booking your next budget flight out.

Of course, flying budget has its fair share of bugbears, which is why travel insurance is a must-have.

Insurance companies are known to offer discounts on travel insurance now and then, either on their own or in collaboration with certain banks.

A few months before travelling, I tend to look out for their promotional material mysteriously infiltrating my email inbox to sniff out the better deals. (Other times, these <ADV> things just get deleted as trash.) This snagged me a 25% off my single-trip plan, or slightly more if I chose to purchase it with my friends.

As the conscientious budgeteer I am, I recommend NTUC Income Travel Insurance or MSIG Insurance for budget plans with better value.

These days, I rarely travel without Airbnb.

I was at first sceptical about safety and privacy when sleeping over at a stranger’s house, in a foreign land. But by exercising due caution, the service it offers is actually pretty darn amazing.

Experiences may differ, but I’ve had meals and fun conversations with my local hosts, along with travel tips and insider lobangs from their social connections, while soaking in local culture down to the everyday minutiae. All this while saving a sizeable chunk of travel expenses on hotel accommodation — what’s there not to love?

As if that’s not already enough incentive, Airbnb offers first-timers S$33 off their first booking when done through referral links from friends or bloggers. They also occasionally collaborate with certain banks or credit cards to offer even better seasonal deals. I had all my lucky stars to thank for a 17% discount I got simply by keying in a promo code and paying through my DBS credit card.

All that being said, I only book properties with good reviews, and only when I have at least one other person I trust with me. Still better safe than sorry.

Should bunking with a local not be your cup of tea, hostel booking sites like Hostelworld offer single or shared accommodation at bargain prices.

Still the hotel kinda person? Cash-back sites like ShopBack are now my secret weapons for rebates while navigating online shopping and booking spaces. Select coupons from a hotel-booking site you fancy from their wide selection, and stand to earn rebates of up to 6% from your booking. Now that’s pretty neat.

Transport can add up to quite a bit in Sydney, but with the advice of a local friend, we purchased the MyMulti3 7-Day ticket for use throughout our stay. The $65 (AUD) ticket entitled us to unlimited travel on all trains, buses, ferries and light rail services for a week throughout Sydney. For navigating a country where train fares average $4 (AUD) a pop, the pass probably paid for itself after our first few days there.

Bonus tip: Stretch your dollar by purchasing your MyMulti weekly pass after 3pm at the start of each week where possible. MyMulti 7 Day tickets can be used for the rest of that day plus 7 more consecutive days. Buying the pass before 3pm on the first day validates it for only 7 consecutive days from the day of issue, including the day of purchase.

For better exchange rates, I’ll recommend visiting to the money changers at either Raffles Place (the upper levels of The Arcade reportedly has pretty decent rates) or Lucky Plaza (where I got mine changed).

3. Travel in a group to split costs.

We travelled in an odd group of three, and quickly found out the advantage of such.

As greedy foodies who wanted to try a bit of everything on the menu, one of the major advantages was that we got to try three flavours, for the price of one — without feeling stuffed. Our Airbnb accommodation was also meant for two, but after some negotiation, our host kindly allowed the three of us to stay at no extra charge, and even provided a spare bedroom to ease the squeeze. This also factored into significant cost reductions for us.

Travelling in a group also made renting a car out for a day-long road trip to the Blue Mountains well worth it. For around S$56 per head, we travelled way out to Jenolan Caves, beyond where public transport could take us. We took in sights of huge caves and rolling hills, plains with grazing cattle and tiny towns, the sunset in the mountains and star spangled skies. All of which might not have been possible had I travelled alone.

If anything, Sydney is one city with much to offer even without spending a single cent on popular tourist attractions.

When we arrived, the annual and highly-acclaimed Vivid Sydney light festival was in full swing. By nightfall, the city was illuminated in lights of every imaginable colour. Roads were closed and people sat entranced by buildings telling stories through strategically fitted lights. It was magical.

Vivid Sydney is held annually for 3 weeks between May and June.

Since our transport pass was inclusive of ferry rides, we hopped on board the Manly ferry for one of the best views Sydney had to offer.

On top of these, we also visited free galleries in Paddington, explored graffiti-filled alleys in Surry Hills, and visited an aboriginal enclave and peaceful protest site in Redfern. The possibilities were endless, and we soon found ourselves running out of time.

Here’s a breakdown of what we spent on the trip per person, in SGD:

As shown, travelling on a shoestring budget is not only manageable, but can be equally, if not more, enjoyable compared to a lavish trip.

I must admit that many of these tips and recommendations also came from my local friend from Sydney, and for him I am truly grateful. Conscientious planning and extensive research, instead of budget, is what arguably makes or breaks a trip. And with our trip? Consider it made.

Also Read
How To Enjoy A 10-Day Trip To Japan For Less Than S$1700
Categories: Lifestyle, Opinions, Must Read, Traveller, Singaporean, Yahoo News