Taylor Swift Vs. Apple Music: What Singapore Musicians Have To Say 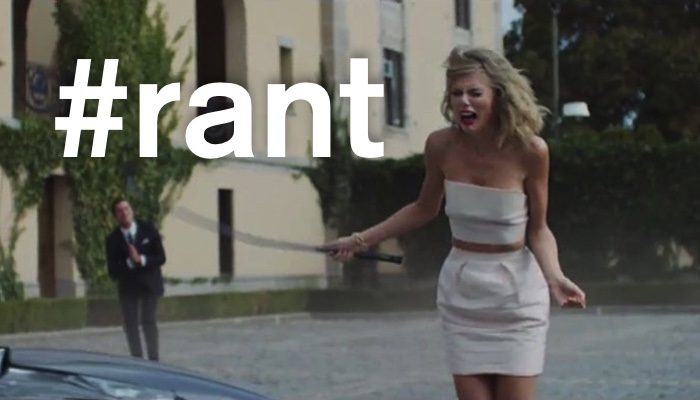 “I’m sure you are aware that Apple Music will be offering a free 3-month trial to anyone who signs up for the service. I’m not sure you know that Apple Music will not be paying writers, producers, or artists for those three months. I find it to be shocking, disappointing, and completely unlike this historically progressive and generous company,” she wrote.

She added: “It’s not too late to change this policy and change the minds of those in the music industry who will be deeply and gravely affected by this. We don’t ask you for free iPhones. Please don’t ask us to provide you with our music for no compensation.”

It’s not the first time she has hit out at a music streaming site. To her last target — Spotify — she said, “Music is art, and art is important and rare. Important, rare things are valuable. Valuable things should be paid for. It’s my opinion that music should not be free, and my prediction is that individual artists and their labels will someday decide what an album’s price point is. I hope they don’t underestimate themselves or undervalue their art.”

While it’s commendable that someone like Taylor is standing up for the rights of ‘smaller’ artists, let’s be real here: the artist payout for streaming services never promised to be good. If anything, streaming sites only benefit the consumer. When it comes to paying up on the artists’ end, of course someone with Taylor’s mega popstar standing would be raking in more money than, say, an independent folk artist. With piracy posing as the bigger threat, music streaming is the lesser of two evils.

If anything, the entire concept of music streaming is still in its early stages. No one has yet figured out how to keep the consumer, the labels, the artist, and the corporations happy while putting out the best technology for us to listen to music. After all, it’s business, and everyone wants a piece of their cake. The flaws in how music streaming works are aplenty, but it is not the only problem in the industry.

Closer to home, we have a burgeoning creative scene where our own independent artists have experienced the challenges and the victories of being a musician. Here’s what they have to say:

It’s pretty common knowledge now among artists and people working in the music industry that the revenue per stream on services like Spotify, Tidal, Rdio and now Apple Music, are insignificant and only the top few percent of artists on such services actually make bank. It does however even out the playing field a little bit for the new artist; letting them be on the same music platform as Kendrick Lamar or Katy Perry. This gives their music more credibility as well as makes their music more accessible (not in the musical sense) to a more general audience.

The whole streaming model has worked for some independent artists, hasn’t worked out for some mainstream artists, and honestly made no difference for some artists. It’s a model that depends on your audience and existing clout. So whether it makes money for you as an artist really depends. I still think shows are the way when it comes to putting food on the table. On the bright side, it brings a new challenge. It’s now truly important for an artist to win over the convenient listeners and build a quality over quantity fan base. Cause then, whatever platform you put your music on — it doesn’t matter.

But, what I know for a fact that it has done to the industry is that it has lowered the value of music. Encouraging a new generation of listeners who don’t feel the need to pay for art. To no fault of their own though, it’s honestly by design.

For Apple not to pay artists that small percentage is definitely not a step in the right direction. It’s basically going to be just exposure without compensation and we know how much that sucks. Actually, it’s probably just a publicity stunt since Apple changed its policy so quickly after Taylor Swift’s open letter. They put U2 into people’s iTunes, that’s how evil they can be.

I applaud her for taking a stand. She has great clout and is a spokesperson. She wisely made use of her status, earning some goodwill and gaining an ’edge’ in her stand.

Besides music streaming platforms, other methods of gaining exposure while getting paid for it lie in alternative avenues such as sync’s with TV shows, movies and commercials, or radio airplay. Getting a slot at a major festival also gives good opportunities for exposure while you get paid your performance fee. At the end of the day, exposure is really a cumulative effect of all the things you do as an artist. You just have to find out what works for you and focus on those avenues.

As technology develops (and free wi-fi or unlimited data plans become more ubiquitous), streaming will be the norm for casual music listeners. In my opinion, it is simply a matter of convenience, of having entire libraries of music available at your fingertips. Dedicated music lovers will always spend money on merchandise, hard copies, limited editions and the sorts. It’s part of the whole experience of going to a show, buying memorabilia or wearing band t-shirts, collecting things that you feel are an extension of yourself and what you are passionate about.

And influential she is indeed. Within hours of her posting the open letter to Apple on her Tumblr, Apple announced that they will pay artists during the three-month free trial. Shame on them for thinking they could get away with non-payment. Well she’s got what she wanted now, so does it mean we’ll be seeing 1989 on Apple Music?

Also Read
John Legend’s All Of Me Is Singapore’s Favourite Wedding Song, According To Spotify
Categories: Opinions, Entertainment, Singaporean