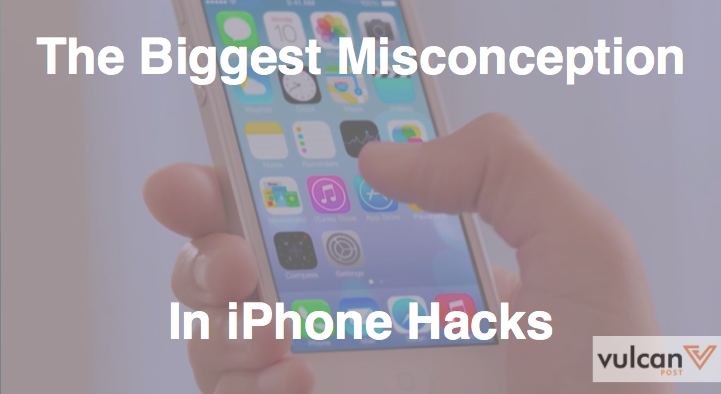 So your iPhone battery is dying, and your go-to action is to double-click the home button and close all your apps. They’re sucking up your battery by running in the background, so it’s best to shut them all down, right?

Despite this being a very popular tip since the early iPhone models, closing all your apps to save your iPhone battery doesn’t actually save your battery at all. Most apps that you see in your multi-tasking view are in fact set in a suspended state: they don’t use any of your juice at all — until you choose to begin using the app.

In fact, when you load an app that isn’t already running in the background, your phone requires more power to get the programme started up, draining more battery than if you had just left it running in the first place.

The exception to this rule is, of course, location services. While most iOS 8 apps now have the option to run location services only “while using the app”, some continue to do so constantly in the background, even when the app is suspended. You can tell if those apps are running by viewing the icons on the top right of your screen.

Apple has all but confirmed this:

“Generally, there’s no need to force an app to close unless it’s unresponsive. When you press the Home button two times quickly, the recently used apps that appear aren’t open. They’re in an efficient standby mode to help you navigate and multitask.”

What’s worse is that according to Scotty Loveless, repeatedly closing your apps could actually decrease your phone’s battery life:

“By closing the app, you take the app out of the phone’s RAM. While you think this may be what you want to do, it’s not. When you open that same app again the next time you need it, your device has to load it back into memory all over again. All of that loading and unloading puts more stress on your device than just leaving it alone. Plus, iOS closes apps automatically as it needs more memory, so you’re doing something your device is already doing for you. You are meant to be the user of your device, not the janitor.”

Thankfully for iPhone users, iOS 9 has a new Low Power mode, which many have been using in the iOS 9 beta release. Low Power mode will reduce performance and shut down background activity to get you a couple of extra of hours worth of juice.

So the next time you find your iPhone low on power, don’t bother shutting down all your apps. You may actually be saving your phone battery instead.

Also Read
How To Be A Pro At Agar.io
Categories: Lifestyle, Must Read, Geek, Gadget Enthusiast