Confessions Of A 22-Year-Old M’sian Startup Founder: Failure In The Startup World 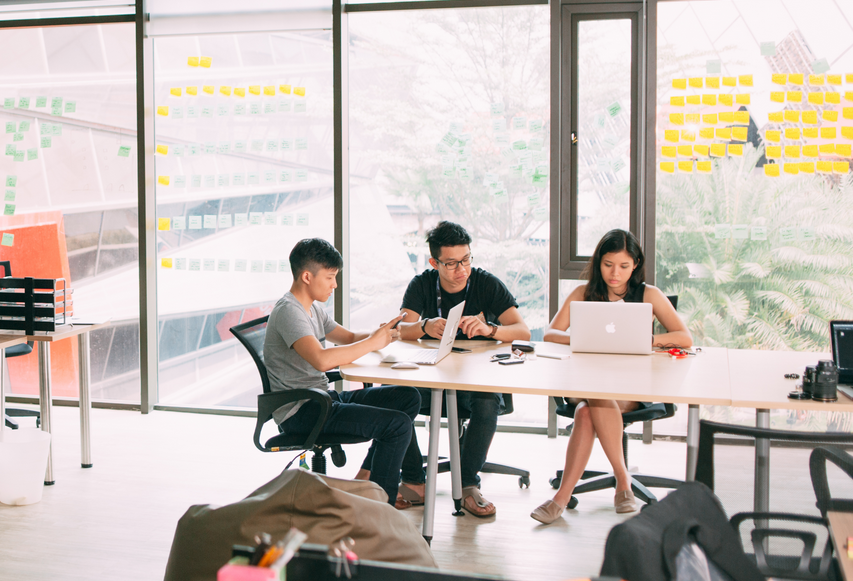 Definition of ‘startup’: A business that has a product or service that solves a real problem.

There are many ways to define the term startup, but I like to stick with Paypal’s Peter Thiel and YC’s Paul Graham’s definition of it.

A barbershop is not a startup, neither is a Japanese restaurant with an iPad you can order with instead of a menu. Airbnb is a startup. They helped homeowners with extra rooms make use of them for extra income. Their company is built to scale at incredible growth rates. Uber is a startup, they disrupted the taxi industry and provided an alternative form of private transport to countries at competitive prices. The list goes on but you get the idea.

In Peter Thiel’s book, Zero to One, he explained that there are two kinds of startups—one that goes from 1 to n, which takes an existing model somewhere and replicates it elsewhere with/without some tweaks to differentiate themselves; and 0 to 1, which is building something totally new to the market.

Both are difficult in their own ways but I started with 1 to n, a Bluetooth tracking tag called Hyve. It is a hardware product with a mobile app that helps:

2. Prevent you from walking too far away from your stuff

3. Give a checklist to see if everything is on you or not

The first big mover of this tech was Tile in 2013, it was huge. They only had one feature which was to find your stuff and they already pre-sold a 100k units in a month!

I was in university then at UCL but I saw the potential of the product and thought, “Why not give it more features?”. I left the idea but studied the programming and design side till 2014 when I brought up the idea again to a new pre-seed accelerator starting up in Malaysia.

Definition of ‘pre-seed’: Startup with no product, minimal or no traction. Money is used to build the team and the initial product.

I knew very little of how a company functioned and what equity meant, but I ended up negotiating a fair amount of equity for a good amount of cash with the accelerator. The money was meant to build my product enough to go to market with.

If startups are hard, hardware startups are hell. I was a solo team of 1 in desperate need for a team and was constantly reprototyping and rebuilding the hardware. I burnt a quarter of the money iterating 5 different prototypes and still needed a mobile app for the hardware to work.

I needed a team 3 months in but I didn’t know where to find people. The accelerator was meant to find people for me but that didn’t happen, so I persuaded two friends to join up. One to do marketing and one to do business development/investor hunting.

I underestimated again the need for developers and so few were in supply. My advice is to try your best to develop your product in-house. If you really can’t build it in-house and want to outsource it, make sure you sit with the outsource team constantly to make sure things are being built right.

We got a grant to cover half of my app developmemt in the end to build my iOS app and webapp with a development agency. They charged on a per man day basis at a pretty high rate and we took 60 days. That was another quarter of the cash gone and the app was still incomplete and buggy at the end.

After 6 more months working on the product and business model, I woke up. The market had become so saturated with competitors and manufacturing costs (tooling, moulds, minimum order quantities) were too high for any possible returns. When a market becomes saturated, it becomes a red ocean.

Profit margins were gonna be measly and for the amount that we were going to produce, cost was never going to go down. Hardware products typically sell for 4–6x its component costs, we were pricing under 2x, with a poor Customer Lifetime Value and too high a Customer Acquisition Cost.

We couldn’t raise the next round and I wasn’t confident to go to market. There was still too much to be built and the financials didn’t make sense, so I left.

To summarise my mistakes in point form and what I should have done:

1. Know and validate the market well before entering. Buy a competitor’s product and sell it to your potential customers. See how you can improve and give a real value proposition.

2. Don’t underestimate development, especially if you’re a hardware, software as a service or even a platform. Try not to outsource, find and hire good developers. Supply is scarce but necessary for your development lifetime. You can’t keep going back to the agency to maintain or upgrade.

3. We were trying to do everything for everyone. Our target market was whoever could afford it in Asia, we had 5 features. It was still fairly new tech and too many features were useless to the customer when they only needed one.

4. No recurring revenue with low product selling price. Customer Lifetime Value (CLTV) was lower than the Customer Acquisition Cost (CAC). We wanted to sell at less than 2x of component cost and it would be too long before they’d buy new ones to replace. We had nothing to upsell or a subscription service to survive.

5. No proper planning. I dove right into things without properly budgeting, making a timeline or using frameworks to work efficiently. The biggest takeaway from this year is simply making a structured plan. The idea may be great, but things such as market research, financials and development are so easily overlooked without a plan.

Today, I’m sitting on a beach in Phuket writing this whilst waiting to go back to London for my final year in mechanical engineering. I’ve learnt a lot in my gap year, made some good money running events, building apps and websites for other people and I don’t regret the experience. I’ve still got a ton of ideas to build and I can’t wait to try again.

The company is still running today with 1 co-founder with the accelerator backing up. I’d like to give thanks to the accelerator for taking me in at their beginning, funding and teaching me everything they knew about the community, business, finance and interacting with people. There’s still a lot left to learn but at least I failed fast.

Jia Shern Tan is a young Malaysian who has explored the local startup industry for the past 1 year and he intends to do so again after he graduates.

This article, originally titled ‘Advice For People Joining The Startup World’ was first published on Medium here. It is republished with permission. All images are from Hyve’s website.