SG50 According To My Grandma 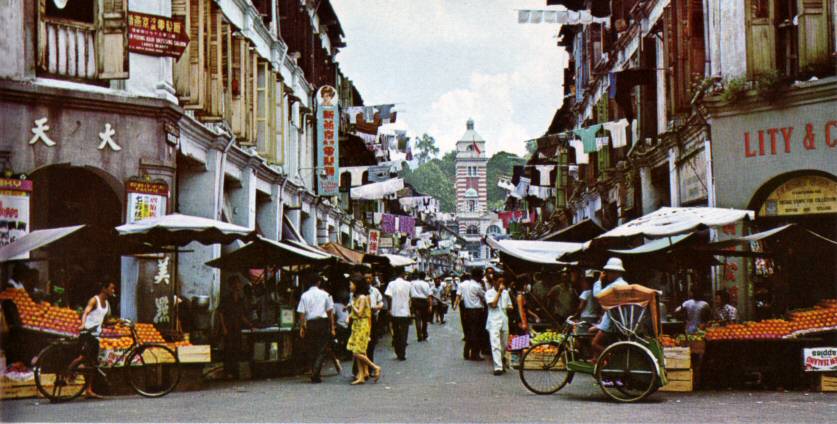 “Then the planes came, and we could hear them dropping bombs…boom, boom, boom,” she said in Cantonese, waving her arms for emphasis.

Grandma was barely 10 years old when the Japanese Occupation began. She used to tell us her war — and life — stories, way back when Alzheimer’s had not robbed her mind. We — my cousins, sister, and myself — would sit around her on the floor of her three-room flat, in a house which she’d lived in for as long as I could remember.

I’d always wondered what it would have been like to live through the war. Young as she was then, Grandma did not remember much, but was glad to oblige whenever we’d asked. The scenario she described was always that same one. Not that we’d minded — story-telling sessions with Grandma was always something to look forward to. The slices of apple she fed us didn’t hurt, either.

Grandma’s tales, to me, were more than just a peek into the past. Her version of Singapore, while a brief 50 years ahead of mine, was worlds apart from what I knew. The characters she described were like something out of a pirate adventure, only instead of seafaring beings, she’d met families with secrets to hide, experienced the loss of a sister, and washed the tablecloths of restaurants for a living.

At the same time, her old neighbours seemed more welcoming, her community more tightly-knit, and her experiences much richer than anything I’d ever had. I’d hung on to her every word, never expecting that I’d hold them so dear these days.

These days, visits to Grandma’s house are a significantly less boisterous affair. She doesn’t talk much anymore, her occasional mumbling accompanied by even rarer moments of lucidity. Even her house is no longer the same: the floor of her living room, where I spent all those hours engrossed in her stories, have been given a fresh layer of tiles. The step leading to her kitchen has been replaced by a ramp so her wheelchair can pass through easily.

And perhaps the ultimate testament to how much our country has progressed since my memories began are the lifts to her home: they stop at every floor, so Grandma no longer has to climb up an extra flight of stairs to her flat, like she used to. Not that she remembers, of course.

As National Day draws close, I’ve found myself wondering if, in the last scraps of memories she owns, those war stories remain. They say the past fades last, after all.

In the absence of Grandma’s recounts, I’ve found myself new storytellers: a childhood memory from an uncle, and the odd recollection that Mum shares every now and then. With each new story, I learn a little bit more about Singapore, and about Grandma.

In recent years, I’ve found myself telling more of the stories that Grandma used to tell me, to anyone who cares to listen. It’s as though I’m now gatekeeper of her memories, now that her thoughts are hazy. And till I have my own tales to tell, I’ll try my best to remember how everything began, from all those war stories years ago.