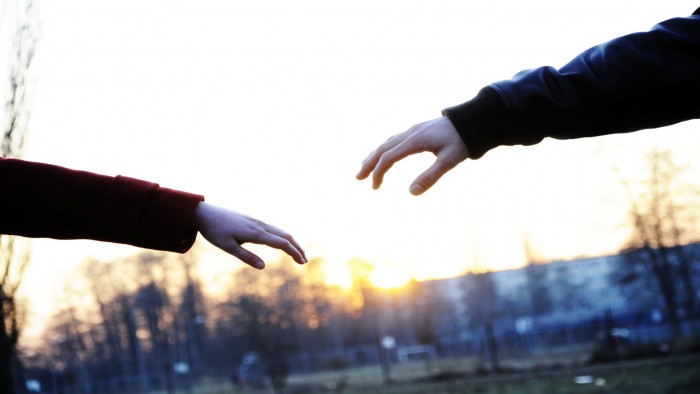 Forget about hiring a private investigator: Malaysian Facebooker Kuan Chee Heng used social media to reunite a Chinese man with a McDonald’s manager to whom he owes his success and financial stability to. The manager in question is an Indian man he met in 1986—no, you didn’t read that date wrong—who was working at the fast food restaurant back then.

Mr. X came from a poor family and he vowed to leave home after SPM to look for a job so as to not be a burden to his family. He heard that there were job opportunities in Petaling Jaya, so he made his way there but ended up sleeping at a park bench in Section 14 because he had nowhere to go.

“He had only RM50 with him and he travelled by bus to Puduraya. He heard P.J. has plenty of jobs and he took a taxi to P.J. The taxi driver charged him RM 30 and dropped him at Section 14 , P. Jaya. Not knowing where his direction, he went to a park in Section 14 and slept on a bench. Mosquitoes attacked him like hell and he woke up the next morning to find many senior citizens doing their early morning exercise.”

An Indian man then approached him and after talking to him about his plans, the stranger offered him an empty room in his house at Section 14. Mr. X admitted that he had no money for rental, but the kind Samaritan said that it’s okay and that Mr. X only needed to pay when he had the money.

As it turned out, this Indian man was a manager in the McDonald’s outlet at Section 14. Other than offering Mr. X a place to stay, he went a step further by also offering him a job at McDonald’s.

Mr. X did what was necessary for his survival. His breakfast, lunch, and dinner every day was just “bread sprinkled with Milo and plain water”. He slept with “his travelling bag as [his] pillow and nothing else”. He worked hard and kept everything he earned from his job and after a year, was able to enroll himself in Stamford College with his savings. When he graduated with excellent results, he was offered a scholarship by Pennsylvania University in the U.S.

Upon graduation, Mr. X applied for a job and worked by sailing the seas to send USD7,000 every month back to his family for 2 years. He came back to Malaysia and managed to earn a good income to make sure that his family continued to be financially stable in Batu Pahat.

But that isn’t the end of the story.

Mr. X returns the blessings bestowed upon him by doing his part for charity. He buys groceries for the poor (which was when he recounted his story to Chee Heng). And he never forgot about the Indian man working at McDonald’s in 1986—the man who gave him a chance to change his future, the man who helped to give him a head-start to the life that he has now.

Chee Heng then took to Facebook to help Mr. X track down the manager who changed his life. On the 9th of August, Chee Heng posted the long story of Mr. X, saying that he wanted the both of them to meet and to show how kindness was able to change Mr. X’s family for the better.

With the help of social media and some of Mr. X’s friends, Mr. X was finally able to reunite with his saviour. Unfortunately, there are no pictures of Mr. X and the kind man (Chee Heng is trying to ask them for permission for pictures) as they prefer to stay anonymous.

“If this Indian McDonald’s guy did not offer a place for me to stay and not offer me a job in McDonald’s, I do not know where my destiny will be.”

The encouragement and incredible positivity by netizens who has read Chee Heng’s story on Mr. X has been overwhelming. Some are even trying to guess who the manager might be as they are inspired by his simple act of kindness.

I have to admit that personally, I have some of my own doubts. This is a miracle story that seems to have come to life from a movie screen, while looking suspiciously like a McDonald’s ad. But to be frank, can you really blame me for that? In general, our mindset has been shaped to anticipate the worst, to see the worst, and to conclude the worst.

However, I’ll give this story the benefit of the doubt, because it signifies hope—hope that we Malaysians desperately need, especially during this period of uncertainty, chaos and lies. If we cannot count on the government and if we cannot count on our leaders and politicians, then we should at least be able to count on each other. This story reminds us that we still can.

So it doesn’t matter if it was an employee from McDonald’s, KFC, TESCO, or any other company—that isn’t the point. The point isn’t even about an Indian helping a Chinese. It’s about a Malaysian helping a fellow Malaysian.

If this can occur 30 years ago, then why shouldn’t it occur now? Create a ripple and make a difference so that in another 30 years, we will have thousands of Mr. Xs, all seeking to do their part for the Malaysian society.

Read all 3 posts by Kuan Chee Heng about this story here, here, and here. In conjunction with Merdeka Day, if you have your own Malaysian story to share, spread some Malaysian love with us here.