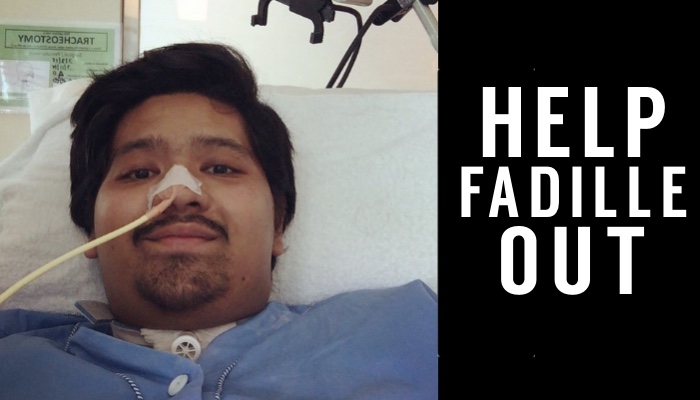 Meet Fadille Rahman: 22 years old, all round nice guy, the sole provider for the family, a loving son to his widowed mother, and also a DJ in Singapore’s thriving nightlife scene. He’s also recently been diagnosed with Guillain-Barré syndrome, a rare disease that affects the nervous system.

Guillain-Barré is a disorder in which the body’s immune system attacks part of the peripheral nervous system, affecting muscle movement and function. The symptoms for the disorder can develop over any length of time between half a day and two weeks, and even reach a critical phase where it gets life-threatening. Some common symptoms include the weakening of breathing muscles, leading to dependency on mechanical ventilation — which Fadille faced.

Recovery will take months and he will be needing some help. Some of Fadille’s friends have taken to the crowdfunding platform, GiveAsia, to do their part in helping him and to create awareness of the rare disease. Medical and rehabilitation costs will be extremely steep, and being the only breadwinner of the family, it will take a toll on his family’s finances.

Since the campaign was launched two weeks ago, $10,556 has been raised thanks to good Samaritans, friends, and people Fadille has met during his DJ stints. It’s still only a third of the $30,000 goal, but it is getting there.

Judging from the comments left behind on the campaign page, it’s clear that Fadille has made quite the impact on the people he’s met:

While you’re at it, there is also currently an SG50 campaign to raise $50 million for Singaporeans who are in need. The total amount collected so far is slightly over $7 million — a significant amount, but still a long way from their eventual goal. So if you’re looking to do some good, hop over to GiveAsia and show your love.