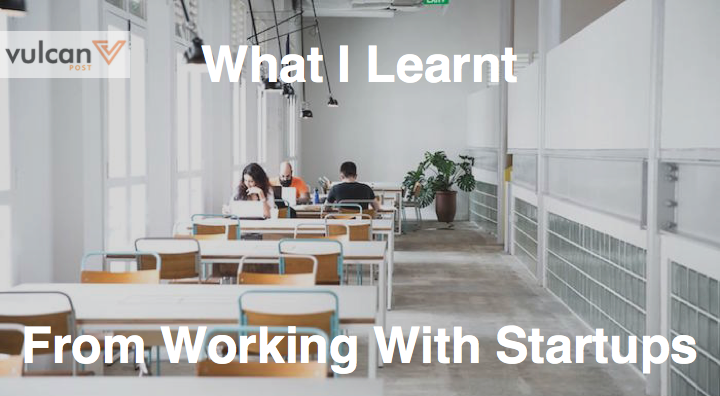 I confess I was greatly inspired by a Fast Co. article about why film director Joss Whedon followed up one of the biggest blockbusters ever, The Avengers, with a low budget Shakespeare film, and why he needed a “Creative Shift” instead of a vacation.

While I didn’t write a sequel to The Avengers or create Buffy The Vampire Slayer, I had spent a decade at Ogilvy Singapore. Work had been exciting as well as challenging, given the technology disruptions that were happening globally at lightning speed. There was hardly a moment to pause and reflect.

After completing several high-profile campaigns and pitches, I decided that I needed a little time off. My wife, who’s also my creative conscience, suggested I take a vacation. However, we both quickly realised I didn’t have to go back to one of my favourite cities — Tokyo — to visit the Maraikan (Japan’s Museum of Emerging Science and Technology), or that I desired more Ramen. I needed a working vacation. I needed to “Creatively Refocus”.

My choice of a ‘holiday destination’ was a local coworking space. Apart from the practical reason of needing a desk to work off — I couldn’t attempt this at home as I was pretty sure I would’ve been distracted by my 2 year-old toddler — I also wanted to spend my limited 2 weeks with a sense of urgency and discipline which a sun-and-beach environment would most likely hinder.

I deliberately chose The Working Capitol (TWC) as it housed some notable as well as up-and-coming startups in the region. My ‘itinerary’ included my passion projects and getting to know the startup community and their stories. I was all fired up to embark on this adventure.

My first day at TWC was filled with fresh faces in a whole new space. I noticed quickly how everyone had a real energy to them. They were single-minded and frighteningly focused. I was determined to meet all of them. Oh, did I mention that they were all very well dressed?

The entire space felt like a school campus. People mingled at common and break out areas, sharing stories and lunch. No one was hiding in cubicle hell. Often I heard the words “I’m excited, let’s do this”. Every startup there wanted to change the world. They were both employer and employee with great passion for what they were doing. Guys and girls stood in corridors with earphones and sounded absolutely convincing with their business pitches.

What I saw and heard had me worried and envious at the same time — yes, I did a lot of eavesdropping. I wanted to know their motivation and see what I could learn from them.

From discovery to realisation

One of the startups I met was Photomoolah, a branded photo content service. Photomoolah matches brands and photographers to create custom imagery in response to briefs. I found out that one of our Fortune 500 clients worked with them, and would be speaking at an upcoming Photomoolah event. This got me thinking: if our clients are now working directly with content creators, how do advertising agencies maintain their competitive edge?

That same afternoon, I met one of Singapore’s top photographers (he declined to be named for this post) for lunch. With competition like Photomoolah and average Joes with a keen eye and affordable camera equipment, he’s feeling the heat and even had to give up his studio space recently.

He told me about a recent photoshoot where the client was making changes over his shoulder. He had glanced over to the creatives from the agency (not Ogilvy, fortunately) and they simply shrugged! What’s going on here? What is the worth of agencies if we have lost our unique creative vision and our right to fiercely defend it? Is this why some clients now bypass agencies — because we no longer bring value to the table?

“In the modern world of business, it is useless to be a creative, original thinker unless you can also sell what you create.”

Drawing a parallel lesson in my own work

I’ll admit to have fallen over the wayside recently. I had accepted that the solution to selling emotional ideas to a client was to have safe, objective conversations with them. But if we stopped for a moment to believe that our art and commerce could be analysed with cool detachment, we would never provoke any response. At the end of the day a lot of our art is based on intuition. A lot of music is like that — it’s about ‘gut feeling’ — and yes, data analysts in our agency might just roll their eyes at that term.

We must then think and operate like startups. We need to keep up and get down to doing things. We need all creatives to understand technology, platforms, media, trends, data, and how to generate ideas. We need to pick up cameras to shoot videos ourselves, use software to string the stories together and get our hands dirty. Do WHATEVER it takes to materialise and sell an idea.

Could agencies start sharing in a shared economy?

If you think about it, coworking spaces are occupied by various startups with varying agendas and ambitions. Just like advertising agencies with our business units, disciplines and client cells. The biggest difference perhaps is how everyone here gets together to leverage upon each other’s expertise and connections to pursue a shared goal of becoming successful. I heard one startup asking another for help in data analysis. It wasn’t commercial, it was trade bartering.

Could advertising agencies benefit from this culture of shared economy? Would this community be open to agencies bartering both our services for opportunities for great work?

Big inspiration from a Genie

Crowdfunding is fast becoming a route for startups to raise funds, and Djenee‘s (a resident at TWC and pronounced “Genie”) recent record-breaking equity crowdfunding in Asia had me quite excited to meet them. Investor interest in Djenee comes hot on the heels of Magic, a similar service based in the US, which recently raised a US$40million valuation after just six months of operations.

It’s interesting how digital concierge services like Djenee could change how we get stuff done on smart devices. Think of it as Spotify meets Uber: on-demand requests fulfilled by an army of “Genies” in a UI free experience through your Apple Watch.

Djenee working with brands hoping to create a live-response CRM programme. Or for a campaign, rebrand Djenee to become a brand’s mascot on your wrist, transforming an otherwise faceless service into a human to human experience. The possibilities are endless.

Let’s go back to the start(up)

It’s been an amazing 2 weeks. When you’ve worked in the same place for a long time, being in a different environment and meeting diverse folks make you recall why you started in this business eons ago. The ambition, hunger and courage these startups possess all come flooding back to you.

With my work-cation over, I return with renewed focus and energy to 2 big upcoming new business pitches and a baby girl coming in October.

Oh, about that personal passion project I spent 2 weeks on at TWC? Stay tuned my friends. 🙂

About The Working Capitol

Collaboratively designed by Foreign Policy, Takenouchi Webb and FARM, The Working Capitol converted five amalgamated shophouses in Chinatown into an integrated coworking space. It houses a diverse mix of residence from all industries, including a few leading tech related companies like Cloudfare, Hootsuite, Stripe and General Assembly.

It hosts regular events and speakers from the likes of Google, GrabTaxi, Contagious Magazine and Zendesk. It is also in close proximity to the best local coffee and kaya toast!

This article was originally published on Medium by Melvyn Lim,Executive Creative Director at OgilvyOne Singapore.

Also Read
6 Things I Learnt About Bootstrapping A Startup On The Beach
Categories: Opinions, Luminary, Singaporean