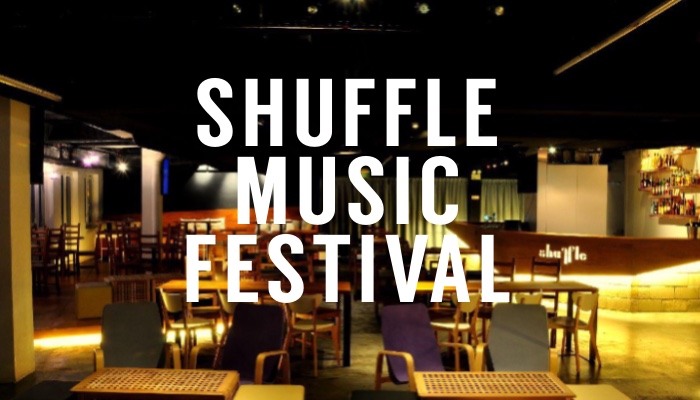 EDM may be all the rage now but sometimes, there’s nothing more satisfying than being able to belt out your all-time favourite tunes — in a bar, with some friends, after work on a weekday. Let’s just say if Maroon 5, Jay Chou, Mayday, and Taylor Swift make prominent appearances on your playlists, then Shuffle Bistro Bar might just be the place for you.

Mandopop is quite the crowd-puller in the bar scene in Singapore, with places like Shanghai Dolly, Mandopop club Dragonfly, and Switch — part of the Timbre Group of restaurants — still a large part of the local entertainment scene. They’ve served as platforms for local artists who perform songs in both English and Mandarin to showcase their stuff, and as places where music enthusiasts who are fans of the genre can get their fix of homegrown talent.

And now, establishing themselves as one of the frontrunners in the happening and expanding Mandopop club scene is Shuffle Bistro Bar, which will be holding their first ever Shuffle Music Festival later this week. It will be held at the iconic Clarke Quay Fountain over two nights (20-21 August), and the festival will feature some talented homegrown bands like SundayMorning, Paraphrase, AlphaBeat, and LaiLiaoLor singing everyone’s favourite tunes.

Shuffle Bistro Bar has emerged as a favourite for the discerning bilingual crowd in the last few years. In addition to its music offerings, the bar also serves up decent pub grub and drinks, making it a choice joint for post-work celebrants, Mandopop fans, and the pub-crawling individual.

We might have just enjoyed a pretty hectic couple of weekends, what with the mega celebration that was SG50, but Shuffle Bistro Bar is not letting the festivities die out just yet. It might not be as good as another long weekend, but with the Shuffle Music Festival in full swing, it will certainly feel like one!