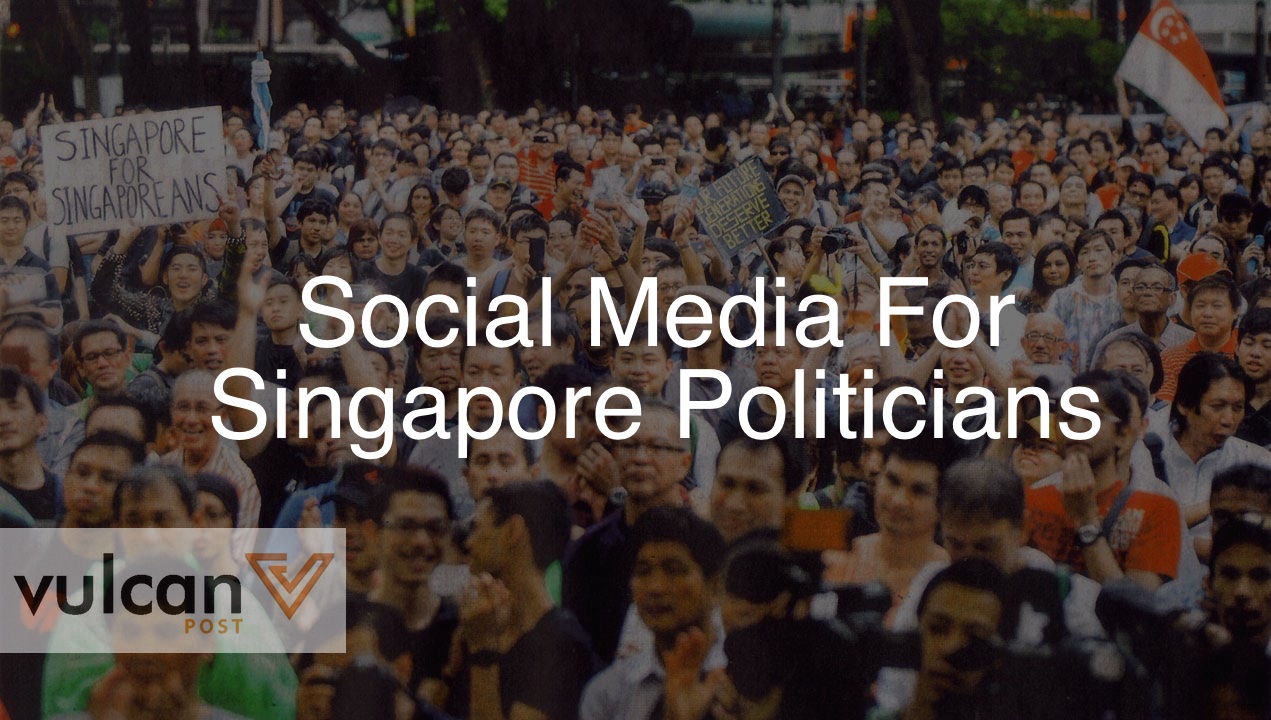 Social media seems to be the weapon of choice for many politicians in this year’s elections. With various discussions being held on Facebook and in forums, it seems like Singapore’s ministers have taken the shift to the digital age to heart, and are taking it upon themselves to display their social media savviness.

But with every successful attempt, there are some fails to go along. While we sit back and watch the show, here are some social media lessons to learn from our dear politicians.

The 80/20 rule in social media is a popular rule of thumb suggested by many marketers. But while it might remain a debatable concept, politicians like Prime Minister Lee Hsien Loong have proven that it works.

The 80/20 rule is roughly this: that 80% of your social media postings should be about your audience — making them highly shareable — while 20% should be self-promotional, such as talking about what a good job your team has done or a picture from a more intimate setting, like a company lunch or a selfie while on holiday.

A quick scroll through Mr Lee’s Facebook page will show you strong evidence that this works. A majority of his posts, especially now that elections are coming, are filled with Singaporeans and heartlanders. Such posts serve to show off the great work that Singaporeans — and his audience — are doing to make Singapore better, and are likely to resonate with his followers.

A display picture is more than just the square where your face goes — it’s also the box of first impressions. When a social media user (or stalker) tries to suss out what kind of person you are, they will go straight to that square on Facebook or Twitter (Instagram doesn’t allow you to enlarge profile photos) to judge your face.

That makes the display picture your key to crafting a first impression.

For politicians running in the general elections, the key is usually to seem approachable, friendly, and official. And PM Lee’s got it right once again with his profile photo: his crinkly-eyed smile reminds you of a friendly grandfather you might know, while the official looking camera and a paper in his hand makes it look like he’s up to some official business.

Candid photos are also preferable. Official studio photos may help make you look professional, but tend to lack authenticity and make you look less approachable, no matter how much you smile.

Yes, it’s important that people know what you look like. But show off your face too frequently on your Facebook page, and you run the risk of giving the impression that you enjoy looking at the mirror a little too much. Most politicians go with the safe option of having the Singapore skyline as their cover image, like the Worker’s Party’s newest candidate He Ting Ru.

Other people, on the other hand…

4. Connect with your demographic

If you’re not saying things that relate to your audience, then you’re not talking to anyone. That’s why smarter social media users like Minister Chan Chun Sing often posts on Facebook in different languages, to cater to the different groups of his audience.

Unlike Minister Chan, though, connecting with their audience remains a big problem for many Singaporean politicians on social media — especially those from the older generations. When attempting to present a professional and official image, showing obvious signs that you’re struggling with the platform may create a rift between you and your audience.

Singaporeans First, for example, learnt this the hard way when they posted a press statement with the red spell-check lines still visible on the image, prompting Singaporeans to point out their flaws.

They then proceeded to ask for help from Singaporeans on Facebook. While it is usually a good idea to engage your audience, this only served to widen the rift between them and younger voters. On a positive note, this blunder does help older voters relate to their struggles, and they can all complain about the impertinent whipper-snappers that we are.

Photos are great and all, but they’re no longer enough in this day and age. Videos have emerged as a great medium to show a different side of your personality, whether it’s by sharing a message or even showing off your sense of humour.

The People’s Action Party have made use of their YouTube channel to actively introduce each of their candidates, ensuring that everyone gets a chance to watch each candidate introduce themselves and ‘meet’ them virtually. But what really took the cake was the Singapore Democratic Party’s spoof video, which quickly went viral.

You want virality? This is how you do it.

Hashtags are awesome for searchability, and hashtagging ironically is even better. Minister Teo Ser Luck is a huge fan of hashtagging, especially for personal posts. And it seems the love for hashtags is infectious — MP Charles Chong seems to have picked it up as well.

That said, be sure to hashtag with caution. There’s a fine line between irony and being incredibly lame. #‎noeggnochasiewnomeat is a lot less like a hashtag joke and more like an instant noodle recipe.

7. Diversify, get on different platforms

Most of the examples we’ve raised came from Facebook, where a large part of the conversation seems to be taking place. But making use of various platforms can be a great way to reach out to a larger group of people.

Sylvia Lim is a great example of this, as she went on Instagram to post a photo of herself eating at Fengshan with the caption: “The taste of Fengshan — heavenly! #reasonstowin”. This went viral mostly because of the speculations that were raised about her leaving Ang Mo Kio GRC to contest Fengshan. It also prompted snarky remarks from other political parties, which served to make them look worse and her feel better — all thanks to one photo.

She then posted this photo in response to speculators. Ouch.

8. Change tactics, get an app

Social media is great and all, but expanding to getting your own app may be a great way to get your message out to everyone. PAP has done that well enough with their latest app, complete with a StickerCam to allow people to share customised photos of themselves.

But perhaps individual candidates should also think about getting their own app, as presidential hopeful Dr Tan Cheng Bock did back in 2011, to share his latest updates. The app is still available on the App Store, though it is sorely outdated. Nonetheless, there’s some credibility to be had when you talk about “that guy with the app”, and as long as people have the phone memory and a WiFi connection, they’re bound to download it if only out of curiosity.