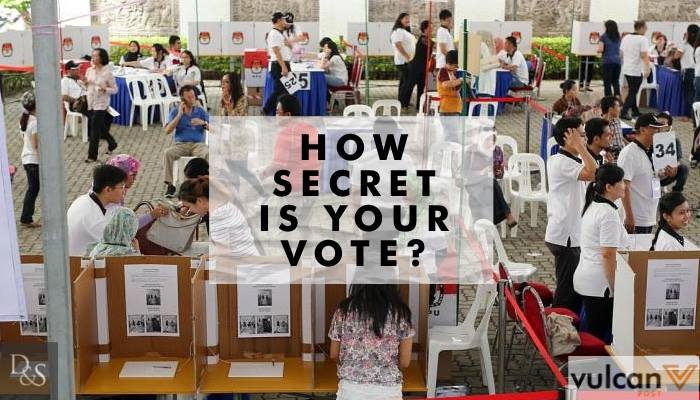 It’s understandable one might think otherwise, with “Big Brother is watching you” a constant theme in Singapore. But when it comes to voting, all is secret, all knowledge is only yours to keep — unless of course you’re gonna blabber about it after Polling Day.

Rumour has it that the myth of our votes not being secret was started back in the day when political tension was at an all time high in Singapore and fear-mongering was employed as a tactic against the People’s Action Party (PAP). Nothing good ever comes out from rumours and hearsay, but a small percentage of people still believe in the myth.

What Happens To Your Ballot Paper

1. See, what happens is on Polling Day, each voter is issued a ballot paper without his/her name on it (there is only a serial number printed on the paper) and you will be asked to mark the ballot paper out of sight of anyone else. You then fold it and drop it in the ballot box. Your job here is done.

2. Counting agents from each party are present at every station to ensure that the ballot boxes are not opened. When polling ends at 8pm, the boxes are sealed with tamper-proof seals (which are signed over by the candidates) and transported to the Counting Centre.

3. At the Counting Centre, the ballot boxes are then opened in the presence of the candidates and ballot papers emptied into a heap. Counting of the votes begins in full view of all candidates from all contesting parties, and this is carried out by election officials — who are also civil servants.

4. When all the counting is done, all of the votes along with accompanying records and unused ballots will be tamper-proof sealed again in the boxes and off they go to the Supreme Court vault for storage.

5. After six months, if there are no disputes over the outcome of the elections, the sealed boxes will be incinerated, and everything will be destroyed — also in the presence of all the candidates.

The Case of The Serial Numbers

So while we don’t have to put our names or identity on the ballot paper itself, the paper will be marked with serial numbers — not to pry into your choice of votes, but as a safeguard against election fraud, meaning that stuffing fake ballot papers into the polling station is probably not gonna be possible.

There is also no time for election officials and candidates to be matching serial numbers to the electoral roll; even if they were to do that, they’d have to go through a mountain or muck around a massive list of votes in full view of everyone else, who will most definitely, probably, positively know something fishy is going on.

For more literature on ballot secrecy.

Disputes and Other Things

That aside, in the event of a disputed outcome, the courts could order for the boxes to be taken out from the storage and the votes recounted — again, in full view of all the candidates. But don’t worry, there hasn’t been any precedent for this, and we think they intend to keep it that way.

So don’t kan chiong, head to your respective polling stations and make your vote. How secret is your vote? Very, we assure you. Godspeed, fellow Singaporeans!