No, The Apple iPad Pro Is Not The Laptop Killer, Here’s Why 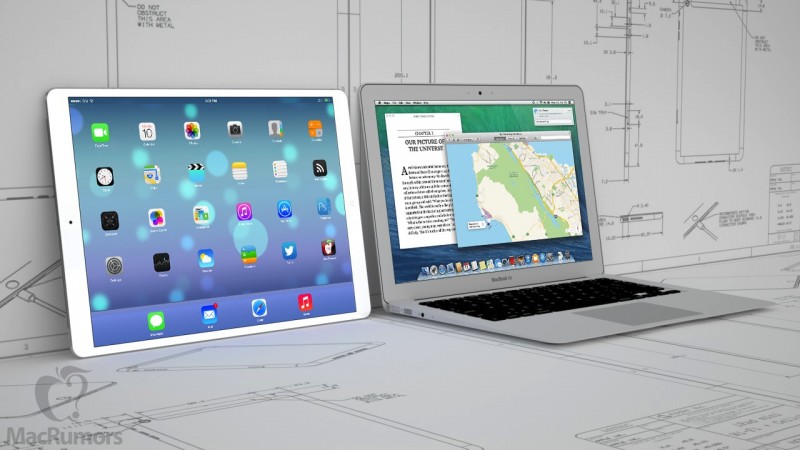 Tablets—the lovechild of a laptop and a smartphone, a device with a big screen for the on-the-go user without the added clunkiness of a laptop. I personally love tablets, especially when paired with a keyboard casing. It’s just so much easier to bring around for work or studies.

But I personally believe that it can never replace laptops. Filled with a lot more raw power and a user interface that is more familiar and commonly used in today’s world, you just can’t go wrong with it. Apple, on the other hand, believes that their iPad Pro is the future of personal computing.

What’s The Deal With The iPad Pro?

The Apple iPad Pro is the latest and most powerful tablet offered by Apple in their iPad lineup. It is also the biggest iPad ever, with a 12.9 inch screen, dwarfing over all the previous generation iPads that are usually around 10 inches. The iPad Pro is so big that it makes the Apple iPad Mini look like an iPhone.

With a 2732 x 2048 resolution screen, the iPad Pro is supposed to produce crisper, more vibrant images compared to its predecessor. Then again, with that high of a resolution, it packs enough pixels to run 2 fullscreen iOS9 apps side by side. The resolution puts the iPad Pro in between 2K and 4K resolutions.

It has a 32GB and 128GB storage option for the Wi-Fi version and a 128GB storage for the cellular + Wi-Fi version. Packed with a more powerful hardware and the same camera from iPad Air 2, it’s a beefier and bigger iPad that’s still going to give you the smooth operations that iOS users are familiar with.

The design of the iPad Pro is somewhat reminiscent of the famous Microsoft Surface tabs, even more so when paired together with Apple’s optional Smart Keyboard add-on. In fact, we can clearly see that it’s going to go head-to-head with Microsoft Surface. Poor Microsoft, the Surface hasn’t been doing too well and now they have to face such a big competitor.

Speaking of optional add-ons, the iPad Pro is also offered with a stylus called the ‘Apple Pencil’. Guess they didn’t like the name ‘Apple iStylus’. It allows users to experience a new depth of precision with their creative works, with pressure-sensitive line drawings, shading, and more thanks to Apple’s 3D Touch technology.

Because the 3D touch technology involves the use of pressure on screen for certain actions, it’s not compatible with previous generation iPads, iPods or iPhones as only the iPad Pro, iPhone 6S and iPhone 6S Plus have pressure-sensitive screens for the 3D Touch.

But you know what’s really weird?

The Apple Pencil needs to be charged, just like any other electronic device.

While writing this, I’m just sitting on my chair going “WHAT?! A stylus that needs to be charged?!”. It looks cool and the functions seem good but if you need to charge it, that’s already a really big drawback there.

And Apple still dared to market the feature of the Apple Pencil that 15 seconds of charging will be equivalent to 30 minutes of usage. You don’t charge a pencil, let alone a stylus. Has Apple’s innovations hit a brick wall?

Then again, an Apple device with a stylus just seems really odd. Especially since I recall a certain incident not too long ago.

It’s no secret that Steve Jobs did not like styluses and he refused to include them in any of Apple’s device offerings. At Macworld 2007, Steve Jobs said:

Yes, that is Steve Jobs talking about using a stylus on their devices back in 2007. Now, it’s like Apple is making a complete 180 degree turn and not only going for a stylus, but stylus that needs to be charged nonetheless. It just feels like a bad idea (but we all know Apple fans will buy into it).

I’m not saying that using a stylus is bad. I do understand that having one for precise drawing or writing will be great but a stylus that needs to be charged is just needlessly troublesome. Steve Jobs must be rolling in his grave right now. If he were still alive today, I bet that there’d be a massive firing spree over at Apple headquarters.

But then again, perhaps not. It’s not a stylus, it’s a pencil.

Can It Replace A Laptop?

Now back to the initial question of whether it can replace a laptop or not. My short answer to you is no, this will never happen. My reason for saying so is the fact that tablets and laptops cater to different needs of users.

Tablets and laptops can do a lot of similar tasks, such as playing games, editing videos and pictures, and other work purposes but at the same time, those similarities are where laptops excel better than tablets.

Well, a laptop is generally more customisable and expandable. You need extra storage? Add another hard disk. You need more memory for a better multi-tasking capabilities? Add more RAM. You need to draw something similarly to how the iPad Pro is able to? Get a graphics/drawing tablet add-on for the laptop, which can be connected via USB.

Laptops are generally more compatible with 3rd party accessories, especially when compared to iPads which Apple generally doesn’t support. Laptops have more raw power for plenty of tasks to ensure a faster and smoother operations for gaming and for work. You can even get a decent laptop with specific add-ons at a combined total reaching below the $1000 (RM4,296) mark.

Some tablets do have expandable storage via a microSD card but it can never be as good and as customisable as a laptop. In the case of iPads however, you’re stuck with whatever storage that comes with the unit you purchased. And it’s not cheap either, with the iPad Pro being priced at $799(RM3,433) to $1079(RM4,636).

Tablets on the other hand, are way easier to carry around anywhere as they are usually smaller and lighter. The battery life on a tablet is generally better than a laptop which makes it a great companion for a person who’s always on-the-go. For some, tablets sufficiently meets their digital needs but for others who need that extra ‘oomph’ of power along with mobility, there’s laptops.

As you can see here, tablets and laptops are catered for different needs and I don’t see how one will be able to replace the other even with newer add-ons being created to blur the line between both. You have laptops with touchscreens and you also have tablets with keyboards but it’s just not the same.

Also Read
This Malaysian Gamer Went From Scribbling On Walls To A Whopping USD5.5k On IndieGoGo

Do you agree with what’s been said? Perhaps you have an opposing view? Feel free to leave questions and comments below, we would love to hear them.