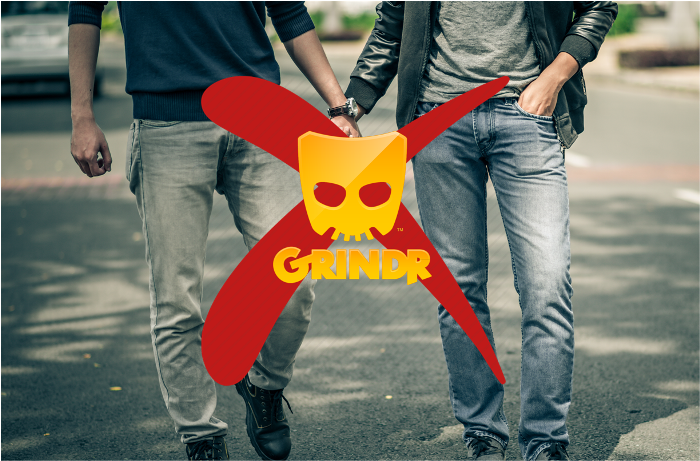 It wasn’t too long ago when same-sex marriage was decreed as legal in America. What has been such a disputable, confrontational, and subjective topic to the 50 states then is now officialised and uniformed throughout the country under the premise of human equality, which is to say, homosexuality is no longer an “issue” per se, or at least not in the eyes of the democratic bureaucracy of America.

But I don’t want to delve into the issues social and religious problems that America is now facing with the struggles of homosexuality. I want to talk about us; the gay culture here in Malaysia and how it has been affected and molded by an online social dating app which I strongly believe is no stranger to all the gay guys out there: Grindr.

For the benefit of those who don’t know about the existence of this app, it is basically a social/dating app, just like any other—except that only gay guys use this app. While there are various other homo-friendly apps out there (Jack’D, Hornet, Planet Romeo, etc.), Grindr has proved itself to be the most commonly used app by many gay people that I have met.

How does it work? Easy. It essentially scans the area which you are in and detects other users who are in near (or immediate) proximity from where you are. Similar to how Facebook functions, one gets to upload their pictures and personal information for better “appeal”, so to speak.

Most might think that it’s the Tinder for gays—gay guys can find each other, talk (via the app), exchange contacts, go on dates, and next thing you know, they are in an “exclusive” relationship, riding off to the sunset to live happily ever after.

Now doesn’t it sound like the most helpful and efficient app ever invented, especially in a country like Malaysia where homosexuality is still frowned upon? Not.

To a certain extent, the app does do its part, simply because people don’t just go around announcing they’re gay or they wear a headband with “I’m Gay” written on it.

Nonetheless, I personally feel that the app may actually do more harm than good in terms of bringing the homo-circle tighter, bridging the social disparity between the those who have come out of the closet and those who have not; as well as eradicating the discrimination towards gay guys, internally and externally. Here are some of the reasons.

Having taken everything into consideration, it is still an online app where one can exhibit himself in a way which is… not himself. Pictures are edited beyond imagination, personal biographies are written in an overtly grandiose manner, and conversations are usually expressed by their alter-egos. As such, one usually finds the guy who he has fallen head over heels for is completely different from the person he talked to online.

I know this is not limited to just Grindr, as most social networking and dating apps face a similar problem. However, it’s hard enough to be in the Malaysian gay community, whereby everything has to be kept under wraps and one is afraid of letting his true self show. And yet on a mobile app that caters to the gays, you still have to filter through the ones who are real and the ones who are just putting on a persona. This then leads to you being disappointed when you finally meet up because they fall short of expectations (yes, expectations are involved even if you’re just meeting to knock on the back door).

One of the most stereotypical remarks one often hear about being a homosexual is that you are promiscuous. You sleep around with whoever (or whatever) that comes your way.

Perhaps there has to be a tinge of truth in every stereotype made, or else it wouldn’t have been there in the first place. But there is also the exception to everything—not all gay guys out there are out to bang anything they can find. However, most guys on Grindr use the app as a platform to get laid as much as possible, so long as the other person “fits” their taste or preference. Not only is it bad for health (read: AIDS), but it also validates what others have been saying all these while.

Grindr was made with the purpose of hooking gays up, but is that stereotype really what the gay community needs to enforce? In a world whereby the gays are already so heavily scrutinised, this doesn’t serve to validate the genuineness of gay relationships.

When I say character, I mean the real you, the very essence of who you are, how you carry yourself whenever you’re with your best friends. Not on Grindr you don’t. All of that goes out the window.

Here, one usually finds himself overtly obsessed with the idealistic. The perception of bodily image is reduced so greatly that if one does not have the body or face of David Beckham, one is automatically categorised as not “hot” or “visually appealing”, and that ultimately leads to contortion of character, where he feels inferior to the guys out there.

Gays are already tip-toeing on eggshells when they are out in public, increasing their self consciousness and making them belittle how they look would only further affect them emotionally and mentally. Causing them to withdraw in their insecurities will not bring them closer to the norm, it will only draw them more flak from society.

In this world of categorization, one cannot seem to escape the brutal path of labelling, especially on Grindr. There is a section in the app where you have to choose a label for yourself so that others can “scrutinise” you in their mind before even meeting or getting to know you. Negative (or positive, for the body builders) images are conjured before anything even happens.

This is the exact kind of mindset which promotes superficiality and nourishes narrow-mindedness. Are the only things that matter are one’s chiseled cheekbones, washboard-defined abs, and German sausage-like size of a you-know-what? I don’t think so.

As much as I love the same-sex community, because they are probably the most wonderful people on Earth (then again, I can’t generalise) for they understand what it’s like to be pushed aside and marginalised for their sexual preference, I cannot say the same for Grindr.

Don’t get me wrong though, I think it is a great platform for gay guys here in Malaysia to open up to people who share the same interests as them, simply because they cannot seek these establishments elsewhere publicly. But when it comes to finding love or starting a relationship, I think one needs to make peace with himself before loving others, and that includes having the courage to face his own shortcomings and accept his true identity wholly.

So for those who are actively seeking their “happily ever after” on Grindr, take my words on this one: it’ll probably be a “happily never after”.

This guest post was written by Taylor Kit, a user of Grindr and a hopeless romantic who struggles with existentialism. Caught in the ambivalence of duality, he is still on the journey to self-discovery and self-acceptance about himself.