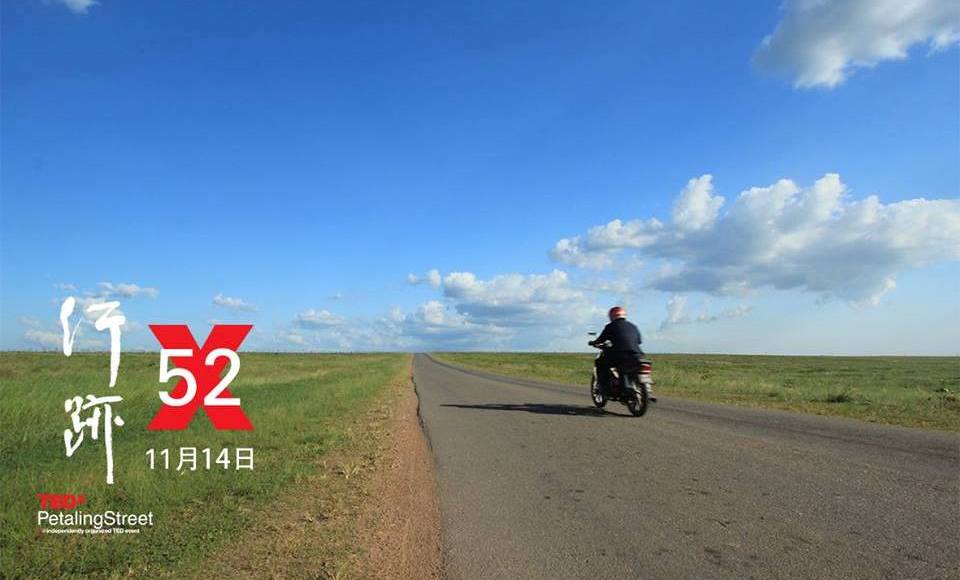 “Ideas worth spreading” is the underlying principle behind TED (Technology, Entertainment and Design) and TEDx (the x represents an independently organised event) conferences around the world.

In the spirit of engaging in the healthy discourse of such ideas, TEDxPetalingStreet is back this year with the theme ‘The Path’ which is about treading the less travelled way to success and to seek out ways to be better and find your passion.

Simply put, ‘The Path’ is a journey of self-reflection, discovery, and the curiosity to tread on uncertain territories, ones that are often ignored by the masses.

TEDxPetalingStreet happens to be Malaysia’s first Chinese spoken TEDx event and it’s going to be held the 14th of November 2015.

18 inspiring speakers have been lined up for the event to share their thoughts and stories to help people explore the footprints of life, inspire good vibes and to also evoke positive influences.

Here are a few of the notable speakers that will be present at the event (and ones that I’m personally excited about).

Joseph N. and Edward Blue, the members of the dynamic vocal group The Duos have performed numerous Operatic pop, a new genre that combines a mixture of Classical opera and Pop music. The group felt that combining both genres into a new form of music would help the young generation understand and appreciate Classical music better.

The Duos might be the ones that convince you to expand your musical palette!

He has been the student of the art of persuasion for more than 30 years and he has picked up skills from some of the most learned masters from the US, Canada and Europe. Through his exploration, he also discovered the intricate nuances of grey areas in the Human psyche, and this often gives him an upper hand when persuading and influencing a person.

The art of persuasion is definitely a skill that you can pick up and apply to your personal and professional life as well.

Having studied Fashion at the Hong Kong Institute of Fashion, he returned to Kuala Lumpur in 1990 to create his own eponymous label—Eric Choong. He quickly sealed his reputation as a leading bridal wear designer and he also created his men’s label called ‘Freedom By Eric Choong’ in 2012.

Throughout his career he won numerous accolades and he was named the Designer of the year at the Malaysian International Fashion Week in 2007. He’s truly an icon in the Malaysian Fashion Industry.

This year they will also be featuring 2 English-speaking presenters, one of them being the author of Life in the Skies.

Along with the inspiring talks, they will also be showcasing the latest technologies to the attendees of the event such as a 3D printer, robots, electric car, Android wearables, among others.

TEDxPetalingStreet 2015 will be held at Level 2, Dewan San Choon Wisma MCA from 8am to 7pm and you can get more information from here.

The tickets retail at RM135.51 (Early Bird Package C) and RM156.05 (Ordinary Ticket). You can purchase the tickets from the TEDxPetalingStreet 2015 peatix page.