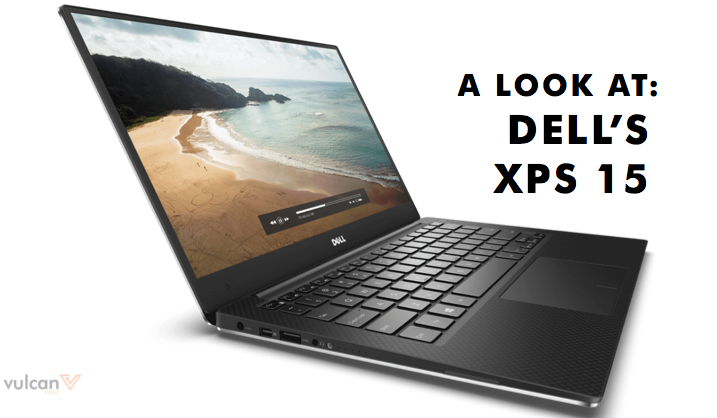 Earlier this week, Dell announced its new line-up of laptops at a press event held in Malaysia. Themed “The Incredible” product showcase, Dell unveiled its refreshed laptops, and introduced a whole new range of products for consumers from all walks of life. The key message? There’s something for almost everyone.

We won’t dwell on the technical specs of each new product — which doesn’t mean much these days, since they get upgraded every quarter — but what we will talk about are two things which caught our attention: the new XPS 15 as well as the Power Companion.

The first thing about the XPS 13 and 15 that will catch your attention is its beautiful display. When Dell released its XPS 13 earlier this year, it impressed everyone with its edge-to-edge display. It was something that had never been done in the 13-inch form factor before, and gave their laptops the sleek, sexy appeal which is currently offered by Apple.

Dell is now bringing that to the new 15-inch XPS 15, which also comes with a 4K screen resolution. What this means is you can now play and watch higher resolution videos on the screen.

Personally, while I’m not a fan of larger 15-inch laptops due to their bulkiness, they are popular among consumers, according to Dell. Take a look at the new Dell XPS 15, and you’ll find that it really is one of the better-looking Windows machines out there, giving Apple a run for its money. I’m an avid Apple Mac user myself, but when I put my 13-inch MacBook Air next to the Dell XPS 13, a huge part of me couldn’t help but be attracted by the XPS 13’s display — which by the way, is a touch screen as well, perfect for collaborative activities. Usability wise, though, I’m still used to the more robust Apple operating system and keyboard strokes.

Another plus point to me — and one which shows that Dell is constantly innovating — is its Power Companion, which is essentially a portable power bank. Here’s how it looks:

I don’t know about you, but when the Dell Power Companion was announced, I was blown away: it makes so much sense. It comes with a 12000 mAh battery which doesn’t just charge Dell notebooks; it can also be used to charge other mobile devices simultaneously with its two additional USB charging ports.

Retailing at SGD169, the Power Companion can’t replace your normal power adapters, but is extremely useful if you are constantly travelling from one place to another. It can come in handy too if you are attending an event or conference, or if you are having classes at a lecture hall. Instead of looking around for power plugs and getting seated near them, you can simply plug in your portable Power Companion.

Again, as a loyal Apple user (with no intention to jump ship), I can’t help but feel that there’s a whole new product ecosystem out there offering so much that I am not enjoying as an Apple user now. So if you are looking for a Windows-powered laptop, Dell is probably one brand you should look at.