8 Life Lessons To Learn From Amber Chia, The Malaysian Supermodel-Turned-Entrepreneur 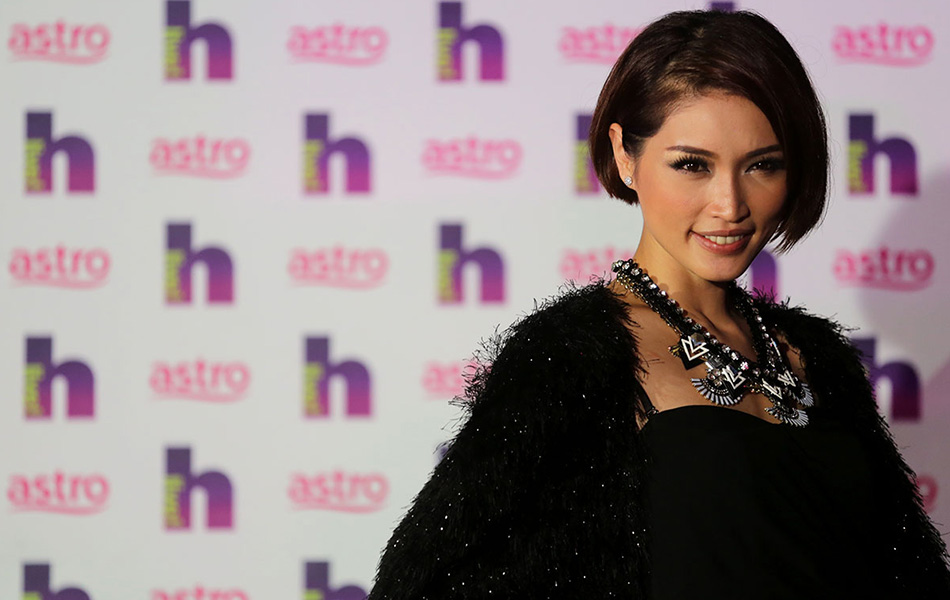 Amber started her modeling career at 17, and her winning has gained her international exposure as she was then approached by companies to do magazine shoots, runways, movies and TV shooting. Besides that she was handpicked by Victoria Beckham to present the Victoria Beckham Autumn/Winter 2009 Ready to Wear Collection during the glamourous New York Fashion Week.

Having such achievements, naturally people would want to know your success story. That being said, we decided to do some research on Amber’s story and picked up some life lessons we can apply on daily life.

When she was eight, her family shifted from Sekinchan in Kuala Selangor to Tawau in Sabah in the hopes of having a better future. However she had to be taken care by her foster parents because her birth parents were unable to support her.

When Amber turned 12, she moved back to Tawau to help her family. During an interview with iMoney, she revealed, “I worked two jobs from the age of 12. I started out helping my dad to sell fish in the market from 3am, then go to school until noon, and work the night shift at the pub as a cashier, which usually ends about 12am.”

Today Amber is a household name in the modelling industry, she has appeared in over 300 magazine covers, runways in 6 continents, acted in 7 movies, and appointed as brand ambassador for over 30 brands. The 33-year-old woman is not just a supermodel and actress, but also a mother and a successful businesswoman.

2.  Never let life impede on your ability to manifest your dreams.

When Amber turned 17, she booked a one way trip from Tawau to KL with only RM 300 in her pocket, despite the opposition from her family. At that time, her mother saw there were some eligible bachelors and Amber was pressured to get married. “But I was not interested in marriage and I had a boyfriend. I knew I had to do something to pursue my dream. So I ran away,” said Amber during an interview with Cosmetic Surgery and Beauty.

Things were not always in smooth sailing. Due to her qualification, Amber kept getting turned down for jobs more than 20 times before she landed her first job. She shared, “I did not know how to dress up, how to wear make-up and I did not speak English. So I knew I had to take courses in make-up, grooming and in English.”

Being a model, mother, and principle of Amber Chia Academy, she never lets her busy schedule to be an excuse of upgrade herself. “I’m currently taking up an English Language course, and I hope to get my A-Level certification one day. I don’t believe it’s ever too late to learn,” Amber shared during an interview with iMoney.

4. Keep your dream alive when the going gets tough.

Amber is a strong woman. She has the resilience to continue her journey to become a top model and she also managed to keep her dream alive despite facing numerous rejection.

Every successful person has doubted themselves in one form or another throughout their career. Same goes to Amber. It was quite a hard time for Amber when she came from Tawau to KL. With so much rejection, she thought she was not going to make it. Nonetheless, she put in effort to improve herself.

She shared, “I knew  that I was not getting modelling jobs because I lacked certain qualities. I worked hard on improving myself. I also knew it was not going to be easy. I stuck it out because I believed in my dream. It was three years before I got my first big break – which was to be on the cover of Her World magazine in 2001.”

5. Help others achieve their dreams along the way.

Amber has been in the modeling industry for the past 16 years. Back then before she started her career as a model, she had zero knowledge about the modeling industry. “I did not know a thing about modeling when I started out in the industry as a teenager. I wish there was a guidebook that I could have referred to back then,” she said, quoted by The Star Newspaper.

Of course, Amber knows the importance of giving back. For her case, she contributed back to the industry by setting up her own modeling academy to help people who want to join the industry but don’t know how and where to begin. Furthermore, she wrote a book earlier last year titled “Guide to a Successful Modeling Career” which was filled with practical advice from Amber herself dedicated to women who are interested to pursue modeling as a career.

6. Stay humble, because we are all equal.

One key rule to be successful is to always be humble and do not ever let money or fame get to your head. Amber is beyond friendly, down to earth, and completely gracious. Hideaki of Celebs Blogger characterised Amber as someone who has a “approachable nature and bubbly personality” which makes her an instant hit with anyone that meets her. A blogger who goes by the name Junipers Journal said that Amber was wonderfully down-to-earth and easy to interview. If you happens to be one of her followers, you can see that Amber always try her best to reply fan mail, even if she doesn’t, she will click likes on most of the comments on her Facebook page.

Amber’s father was a fisherman and her mother was a homemaker. Amber did not have everything handed to her on a silver platter. All she had was her strong will and determination, which she acquired since she was young. She shared during an interview with Cosmetics Surgery and Beauty, “I have never been ashamed of my background or my family. They made me strong and gave me strong work ethics. My parents always taught us that if we need something in life, we have to work hard to get it.”

8. Live life with no regrets because at one point everything you did was exactly what you wanted.

Travel is an essential part of being a model. Amber has quite a career as a model as she had to travel to many places to do shoots and runways. During an interview with Esquire Malaysia, she was asked whether she misses the travelling. Amber had this to say, “Although there was money, fun and travel, I kept moving. The friendships weren’t forever. Everything was temporary. But my son, my family, my business—those are going to be around me forever, even when I’m old and ugly. That’s something more sut tsai (substantial).”