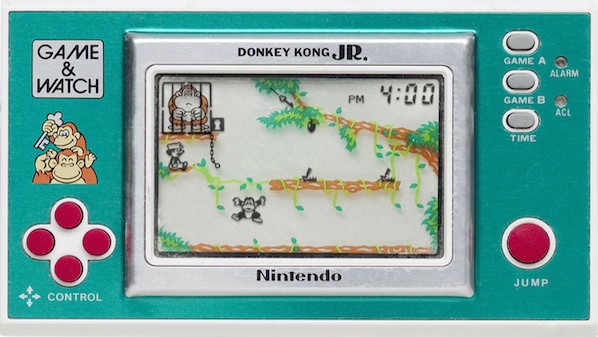 When you think of gadgets from the 90s or even 00s, you might think of PlayStation consoles, Nokia phones, Polaroid cameras, and Tamagotchis. Those are the things we miss and reminisce about constantly, but in those decades, so many other gadgets and consoles came and left, which are so easy to forget about.

Here are 10 gadgets that you probably already forgot existed.

Everyone knows the big Polaroid cameras with the large boxy photographs. But Polaroid also released a smaller Polaroid machine that took much smaller pictures, and they came in these colourful film strips. The idea is that you would take a picture, then pull out the Polaroid from the piece of shiny plastic sticking out from the end.

Why did it have to be so long? No one knows.

At a the height of the Pokémon fandom, another cartoon joined the Saturday morning routine — Beyblade. Following the trend of young children battling it out in arenas, Beyblade garnered serious popularity for its cartoon, and more importantly, its toys. The colourful spinning tops that embodied some sort of animal spirit in the cartoons came in cool designs that you could buy from any toy store. Just put one in a launcher, and let it lose against your opponent in your Beyblade stadium.

Beyblade may not be as popular as they were these days, but there is still a small community of Beybladers who celebrate this activity with regular tournaments and meetups. Just this year, Beyblade launched their newest collection, Beyblade Burst. Maybe it’s time to put down the kendama and get back into the Beyblade scene.

Everyone remembers the PlayStation NES and the Sega Genesis, but Sega Saturn is a game console that everyone ends up trying to forget. Released in 1994, the device went on to be accused of losing Sega the lead in the gaming industry, allowing Sony to take over.

The Saturn sold 9.26 million units worldwide, and was eventually discontinued in 1998.

Remember the massive brick it took to read those flimsy plastic disks, and the weird metallic clicking sounds that would come out of it? All I have to say is thank god no one uses floppy disks anymore.

These may look like pagers, but don’t be fooled. Way before people used cell phones and our landlines had built-in Caller ID, we had to have these external Caller ID machines. Depending on the model, you would be able to look back to a limited set of phone numbers, and once you’re done with that info, delete that information.

To think that we had to have a separate machine just for Caller ID! Insane.

These weren’t sold that long ago, but with the rate at which technology is progressing these days, Creative’s line of MP3s might as well have been from the medieval times. Creative’s MP3s were very popular around the same time as the first iPod, when it was suddenly cool to have all your music on a tiny device in your pocket. Sim Lim Square even sold fake MP3s at incredibly low prices. I mean, Creative’s Zen line was pretty cool — the Zen Stone even had its own arm straps!

Since then, people don’t seem so interested in MP3s anymore, and Creative has since refocused their efforts on headphones.

Every Chinese language student will remember the pain that comes with lugging your Chinese dictionary into exam halls, so when it was announced that electronic dictionaries were allowed, these little folder-like devices started popping up everywhere. The kids with a little more pocket money had them, and the Chinese exchange students always had a Chinese-to-English version at their side. Occasionally, you would see a purely English one, but let’s be frank, only those with money to burn bothered to get those.

It’s hard to remember why these even became popular, but these multi-coloured watches were all the rage and impressively cheap. I mean seriously, these were given out for free wherever you went, and it was even cool to have a collection of colours to keep. No one minded that the battery life didn’t last very long and the watch faces were really small and hard to read.

Before portable game consoles and smartphone games, the most portable digital games we had were LCD games, a handheld chunk of plastic that allowed you to play just the one game. It had the controls of a console controller that allowed you to play anything from adventure Disney Games to sports games, and they were all incredibly fun — until you got bored of that game or the screen started to black out.

It also came with its own beeping theme song, which the more advanced models installed a mute button for.

These days, label makers are all electronically printed with a wealth of options. But in the 90s, labels were thick, chunky pieces of plastic that were often dark in colour, and had white blocky words that were manually pressed on. It took a lot more effort and often included the use of these strange wheels.

Today, manual label makers are reserved more for craft projects and come with many more colours and fonts, but back then, these were all that we had.