What Really Goes On In The Bottle Clubs Of Singapore: A Tell-All By A Female DJ 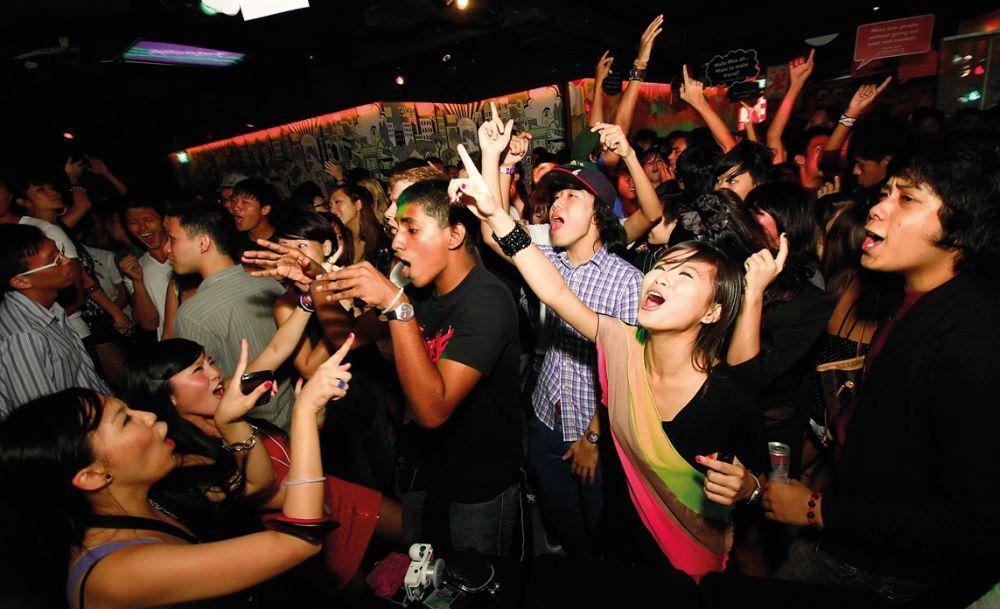 Prowl around the night scene in Singapore, and you’ll soon notice there are two types of clubs: the usual dance clubs, as well as a new breed of “bottle clubs” that has been growing in popularity.

So what are bottle clubs you ask? Unlike dance clubs such as Zouk or Butter Factory, bottle clubs are mostly filled with tables for groups of partygoers. These bottle clubs do not come cheap: opening a table for about 10 people would typically cost anywhere between S$1,500 and S$2,000. These partygoers also order bottles of MOET or Dom Pérignon in “trains”, a term coined by the nightlife industry to describe an excessive number of alcohol bottles. These bottles, which comes in trains of ten, usually cost anywhere between S$1,300 and S$6,000.

You might have seen some photos of these parties making their rounds on social media:

“Bottle Clubs in Singapore is a great indication of the “show off” culture, people compete to see which table could open the most bottles or spend the most, in order to attract the most attention and “win”. In its heyday in 2010-2013, tables could spend up to $10,000 and up per night at nightspots such as Filter and Pangaea,” DJ Sabrina Ooi shared with Vulcan Post.

For those unfamiliar with Sabrina, or DJ Sab as many in the nightlife scene would call her: she has held residencies at some of the top clubs in Singapore, as well as at some of the mysterious “bottle clubs” that Singapore’s yuppies and wealthy flock to every weekend. If there’s one person who’s “seen it all”, it would be Sabrina.

According to her, Butter Factory was the club that kickstarted the whole “bottle culture”, but the concept that really introduced “bottle club culture” to Singaporeans was Filter — a members-only club by Massive Collective that only allowed guests to enter via guestlist.

“This means you need to “know someone” in order to get in to the club. Filter saw the likes of Eduardo Saverin and his billionaire boys club, and the ultra-wealthy around Asia as their guests. It’s rumoured that there was an Indonesian lady who spent over $60,000 in a night alone to celebrate her birthday. While the club is no longer operational, Filter evolved into Fenix Room, and most recently into Suite26 at South Beach. Other players have joined in the fray, including Trace and Bang Bang,” Sabrina added.

The Good, The Bad And The Ugly

In a tell-all interview with Vulcan Post, Sabrina shared that bottle clubs are great opportunities for DJs and budding artistes (e.g., Fadille, Myrne, Matthias Schell) to hone their craft and play to a less-judging audience (they are mostly inebriated, after all), and build their following.

Bottle clubs are apparently also lucrative businesses — with guests dishing out exorbitant amounts and a minimum spend requirement at each table, revenues are guaranteed every night. According to Sabrina, Filter broke even on their renovation costs on their first night of operations in 2010 alone. Furthermore, such clubs are incentivised by suppliers such as Diageo in Singapore to promote their house brands via “cashback” and sponsorship deals — this explains the exclusivity with certain brands for most bottle clubs.

This is just the rosy side, though. On the other side of the business lurks darker secrets which are only available to those in the know.

Sabrina revealed that most of the time, staff — from full-timers to freelancers — are at the mercy of their employers. Nightlife operators entice promoters, DJs and staff by offering higher rates for their work — this is justified by the odd working hours and other factors. However, the majority of clubs in Singapore have gained the reputation of being bad paymasters. Many full-time and part-time staff and contract or freelance workers are affected by the symptoms of this unsavoury system.

Citing an example, Massive Collective was affected by their failed partnership with Lifebrandz, which withheld payments from them when operating the nightclubs at the Cannery (Playhouse, Fenix Room, Dream). This affected their DJs and door girls (they lodged an MOM complaint), as this withheld the CPF and claims of their part- and full-timers. Up to this day, many current and former staff have not received their payment in full, despite their key clubs Bang Bang and Suite26 seeing healthy sales on most operating nights. Sabrina herself is a victim of this, as she is still owed for DJing work done in November and December 2014.

A previous incident in 2013 also saw the closure of mega club Avalon at Marina Bay Sands, which led to the non-payment of many promoters, DJs, staff, and suppliers.

Not all are bad, however. Dance-oriented clubs tend to have a better rep within the industry — clubs like Zouk and Kyo do meet payment schedules. Notably, Kilo Lounge is particularly favourable to their DJs, making room for profit sharing on certain DJ-led nights.

Another common sight you can expect from bottle clubs, if you happen to stay after 3am, would be fist fights, angry men and groups of crying girls.

“As I was leaving Fenix Room one night, I saw a man hit a girl on her face right in front of me. Thankfully the bouncers rushed in to hold both parties back. Most of the time when I went to the restroom around 3am or later, I’d be greeted by a host of girls crying and puking, with makeup running down their cheeks.”

“Since I don’t drink, I get to see people’s drunken behaviour with clear vision. In full view from the DJ console. The social dynamics in these bottle clubs is particularly interesting — stripping away the plush settings and exclusivity of entry, what goes on from a social perspective really depicts a real-life night safari. Alpha males, able to splurge thousands of dollars on bottles of champagne, attract a bevy of women scrambling to score the attention of these men, in hopes of making them their mate. Men who are not as able are cast aside, while women primp themselves with heavy makeup and wear figure-hugging dresses to ensure that they look their best,” Sabrina shared.

Speaking about whether she enjoys her time DJ-ing, Sabrina shared that she has had her fair share of joy.

“Of course I get hit on sometimes. Being a girl DJ behind the console in a bottle club adds an air of mystery and challenge that some guys (usually more “alpha” types) get excited by. I’ve been offered anything from bottles of Cristal champagne (about $1,000 each, I turn these down since I don’t drink) to all-expense paid trips to various destinations.”

“It gets pretty wild.”

Also Read
GeekGirl By Day, DJ By Night, Second Skilling Lets Sabrina Do What She Wants In Life!