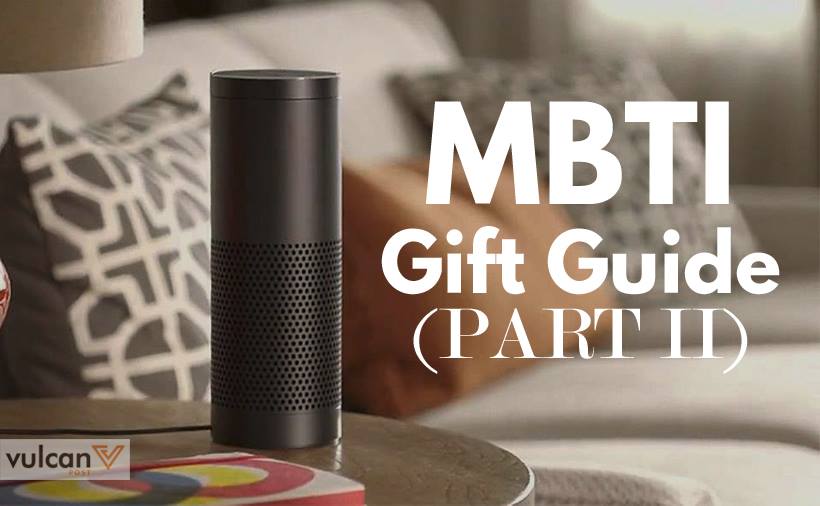 Competitive and active, ESTPs thrive on power, risk, speed, and thrill. Labelled by some as the “The Entrepreneur”, ESTPs are intelligent and energetic, with a natural competitive drive. They won’t be captivated by abstract theories and long-winded discussions, but are inspired by intelligence, rationality, drama, and passion.

Because of this, you would likely see ESTPs keen on being at the forefront of any new technology. A motorised skateboard by Boosted will be a great tool to have in their arsenal, provide them the thrill and speed they crave for, all while giving them something to discuss with their entrepreneur friends about the future of transport.

Natural entertainers, ESFP love people and being in the centre of attention. Social gatherings are great energy boosts to them, and their spontaneous and impulsive nature draws people to them in a fascinating way. They also have a keen eye for fashion and aren’t afraid to experiment, though they often neglect the tedious working process that helps them afford such luxuries.

You just know that ESFPs love anything exciting and fun, so a gadget that doubles as a fashion accessory would definitely draw these entertainers’ attention. For the ladies, a piece of wearable jewellery like Ringly or an Hermes Apple Watch strap will be well appreciated — if you can afford it. For those more into street wear, these innovative sneakers by ShiftWear are perfect. Its built-in flexible display can be controlled by your smartphone, allowing ESFPs to manipulate the design to their liking while drawing the attention of people around them.

If there’s ever someone out there trying to change the world, you can bet they’re probably an ENFP. Genuine “people” people, they are drawn to helping and being liked by others, while fighting for their strong belief systems. This means that they often become leaders of humanitarian causes, as they are not afraid of stepping out into the limelight in order to achieve their goals — in fact, they may actually like it.

However, their short attention spans often mean that they will need constant stimulation, and their serious goals with their inability to focus at times means that they will get stressed, and will switch to chasing fun and often silly pursuits. A Lily Camera, a tiny little drone that follows you around with a camera, would be a perfect silly gift that can double as a documentation of these ENFP’s journey in saving the world. Talk about a great social media campaign video.

If you’ve ever needed someone to verbally spar with, look for an ENTP. These debaters are clever and quick, giving them the reflexes needed to excel in outsmarting their opponents through original thinking and natural charisma. However, they can get bored easily, losing focus when the topic at hand isn’t stimulating enough, never hesitating to move on to their next pursuit.

When they do have fun, they usually go for the visually enticing quick fixes. Toys like the very original Sphero’s Star Wars BB-8 Droid would be a perfect distraction for the toy-loving ENTP, but don’t expect them to play with it for long. That’s just how they roll (geddit? geddit?).

Tradition is key for ESTJs. Having a strong sense of what is right, just, and socially acceptable, ESTJs often take on roles where they provide guidance and lead others, such as community and social leaders. You can always trust them to be honest and fulfill their promises, though they are often not flexible in their worldview and can be resistant to changes that are unconventional.

Gift-buying for ESTJs doesn’t have to be too out of the box — they’ll be happy with a new smartphone or a new addition to their hobby. Consider getting them a useful and non-intrusive gadget, like Tile, a GPS-tracking keychain that can help ESTJs locate missing keys and other stuff. No one can say no to that, really.

Everyone needs an ESFJ as a friend. Generous and popular, they are usually in the spotlight, and love to lead and serve others. This makes them benevolent leaders, often thinking for the people that work under them. However, they also have a strong sense of right and wrong, which could make them judgemental and even harsh when faced with a folly.

As social creatures, ESFJs feel the most affection in the company of others, and gifting them an experience could mean more than a physical gift. Something like a session at a Virtual Reality Centre like IMMEX Zone, or a social game like Guitar Hero Live that you can go for together would show them how much you enjoy spending time together.

Authentic and altruistic, ENFJs are natural advocates. As big picture thinkers, they are able to juggle several projects and take personal interest in people. They take great pride in helping and enabling others. They are the greatest cheerleaders you would ever meet. However, this also means that they can take on too much of the problems of others, to the point of neglecting their own needs.

A perfect gift for an ENFJ is to really show them that you appreciate their support and help. Something personalised, like earphones moulded to fit their ears from CosmicEars, or a 3D printed figurine of them, would show that you were thinking specifically of them when you got that gift, and the effort that you put into the gift will warm their hearts more than any toy.

If ESFJs are benevolent leaders, and ESTJs are community leaders, then ENTJs are the leaders that lead armies and whole countries. They project the authority needed to lead large groups of people, but can be ruthless in getting what they want. Their determination and drive is unparalleled, and this can mean they are often unable to emphathise with others, even coming across as arrogant and impatient.

A real boss needs to have real boss tools. An Apple Watch would be great for any business mogul who has people to see and deals to close, while an Amazon Echo would be the best way to make him the real boss of his home.