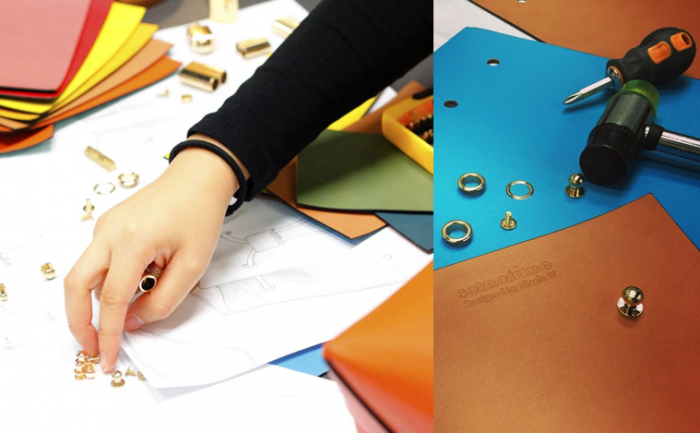 Often times it is said that a bag says a whole lot about a woman’s personality. I do agree in some parts with this idea, for our personal bag preference can lend a first impression to others about our own style and character. After all, every single person has a reason as to why they have opted for that particular style to tote all their things in.

For instance, backpack carriers may be the practical souls of the lot, as they just happen to have a lot of thingamabobs to lug around. Messenger bags, on the other hand, may be suited for those who have important documents to carry around and simply cannot risk having them be crumpled at any cost.

The point is that there are numerous styles available and from diverse price points as well. My personal favourite is the bucket bag because of the way it almost seems to be bottomless, and I can store just about everything in it, from a tiny comb to a 2 liter water bottle. Perhaps that makes me a more practical person when it comes to bags.

Trust me though when I say that should I have sufficient funds to score a designer bag, I would jump at the chance to, and I believe some girls would as well. Most designer bags would be in the four or five figure price range and just flipping through the price tags would make me shudder. However, our dreams of finally owning a designer bag at a lower price range is made possible with the innovative ideas of one particular Malaysian startup known as Sometime.

Paving The Way For Asian Designers

Sometime is an online-only startup which makes it possible for women to own a designer handbag at a fraction of the original cost and for a very valid reason. Working with designers from the Asian region, as well as renowned fashion icons such as Sazzy Falak and Vivy Yusof, their bags are made cheaper due to the fact that there is no traditional retail markup.

Nicole Wong, co-founder and managing director at Sometime stated on their website, “We work with selected talents and fashion icons in the industry, focusing on practical solution driven ideas, production resources and creative assistance to produce designs that are meaningful. Designs that I believe are exclusive, and that people like you and I would like to own or be part of.”

The way that Sometime is able to eliminate a hefty price tag from their range of designs is by producing their own bags. In doing so, they are able to successfully eliminate the middle men and the additional mark up prices that is common for not just designer bags, but for almost everything from strips of movie tickets, down to the coffee we consume each morning.

Therefore, by reducing the price drastically to three figure price tags, Sometime is making designer bags available for all women, be it newly working fresh grads looking to pamper themselves with a brand new bag, or even for those who are just hoping to support a designer from Asia.

Fashion That Makes A Difference

What makes Sometime unique is that each designer working with them is able to showcase their skills and creativity in the bags, which will each bear their own name.

This is Sometime’s way of honouring the designers who work with them. By creating a platform which benefits Asian designers, as well as having the ability to offer customers a better deal on designer bags, Sometime is able to disrupt the fast fashion category with actual designer bags, minus the expensive price tag.

They also go down to the basics when it comes to producing the bags. This is because instead of utilising machines, each and every bag has a human touch in order to piece the fabrics and zips together. The semi-handmade products helps Sometime to ensure precision and effort in crafting a bag that is unique as compared to others in the market today.

However in being able to offer a service that is different from other fashion brands, there is a limitation to Sometime’s production. This can be seen in the fewer quantities of bags which is produced for each line. “We have a brand direction that we adhere to where we usually produce a design in a limited or predetermined quantity. We cease production when the initially pre-determined quantity has been reached,” Stan told Vulcan Post.

Bags With a Bargain

Even in producing bags in limited quantities, whereby they are quickly snapped up by bag lovers, rendering some collections quickly sold out, Sometime is still able to be a top choice for designer bag lovers. Stan said that thus far the team has been doubling and almost tripling their revenue and productions on a yearly basis. “We have more than 30,000 customers owning our bags and the percentage of customers who own at least 2 units of our bags is high,” Stan said.

With this, they are setting their targets high for 2016. They are currently seeing a significant increase in organic spill over of customers from Singapore, Indonesia and other neighboring countries where they have not been doing any marketing at all. That, according to Stan, gives them a strong reason to expand Sometime to these countries from 2016 onward.

At the core of what they do, Sometime hopes to be the stepping stone and opportunity that talented young designers can take advantage of to build their names and labels for their future. Ultimately Stan said, “It is a plan for Sometime to be a platform to support young and undiscovered Asian designers.” Thus far, they have been able to do just that with style.