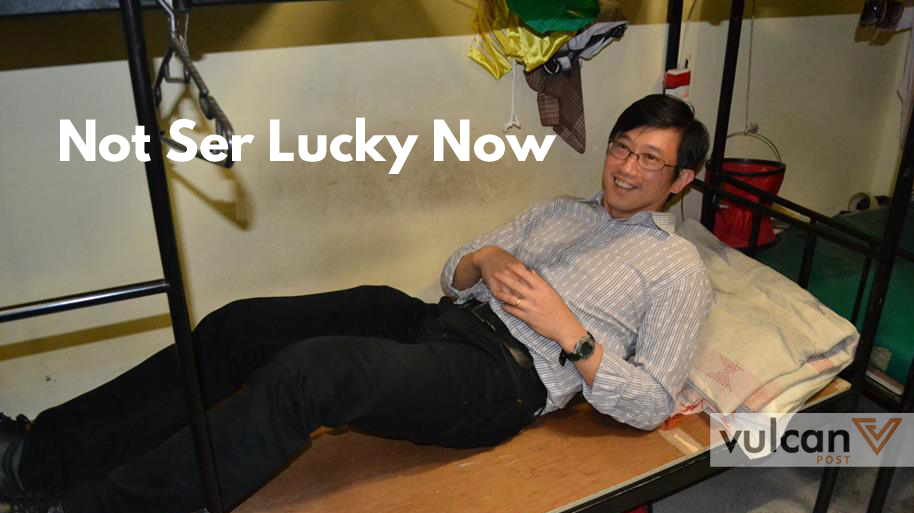 Another day, another Facebook post from a minister that outrages Singaporeans everywhere. On International Migrants Day, the Ministry of Manpower organised an event that involved Minister Teo Ser Luck taking a turn around migrant workers’ dormitories. Apart from publishing blogposts and writing up Facebook posts to commemorate the day, Minister Teo was also quoted as saying this:

“I learnt that some workers prefer to sleep without a mattress as they are used to it back in their home country.”

Many Singaporeans replied in anger, saying that his comment was “insensitive”, and that he was stuck in an “ivory tower”, unable to empathise with migrant workers. These same sentiments were echoed in the Cardboard Auntie debacle, when Minister Tan Chuan Jin was criticised for saying that some older folk were treating cardboard collecting as a “form of exercise”, while excluding the well-known fact that others do it as their only means of income.

However, some other commenters were quick to jump to Minister Teo’s defence. One pointed out that there was a mattress present in the picture, while others insist that the choice not to use a mattress was a sensible one, as the warm and stuffy environment would negate its use.

The fact that this Minister-versus-the-people scenario occurred once more begs the question of why this divide brings animosity and negativity. Is it that topics like that of Singapore’s poor and underprivileged are sensitive and are either avoided or treated more seriously than others? Or is it that those in power are truly showing their disconnection, in which case “on the ground” visits are a source of enlightenment that seem to be abused?

The biggest problem, in all these cases, is perhaps the fact that the issues surrounding these Facebook posts and comments are discussed not by the people affected. While ministers and commenters can only attempt to sympathise, it is the migrant workers and cardboard aunties and uncles themselves who should have their voices heard — all else will always fall short.

It is uncertain if this comment was shared by a real migrant worker or if the commenter was out to prove a point, but the likes it has garnered proves one thing — their voice has power. Maybe it’s time we give it back.