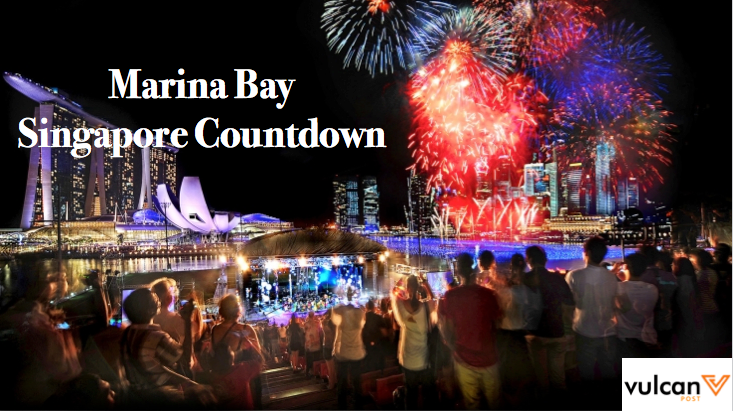 Of the many iconic events happening every year in Singapore, the biggest one is undoubtedly, the Marina Bay Singapore Countdown. At the stroke of midnight on the 1st of January, Marina Bay Singapore comes alive with meticulously planned fireworks and performances, to delight the crowd as they usher in the New Year.

Co-presented by Esplanade – Theatres on the Bay and Urban Redevelopment Authority, this year’s Marina Bay Singapore Countdown will feature an 8-minute firework showcase. What’s special this year is that the layout will span the length of the Bay instead of the breadth, giving the public a more awesome view of the display from all angles.

Ever wondered what goes behind the scenes for the various components that make up the Marina Bay Singapore Countdown, such as the wishing spheres, countdown mechanism and the fireworks?

Planning for the fireworks began early in the first half of the year when the Esplanade creative team brainstormed concepts for the event, and worked with fireworks music composer Julian Wong to compose an orchestral music piece that the firework display would be choreographed to. Mr Benson Puah, the Artistic Director of the Marina Bay Singapore Countdown, would then refine the proposed fireworks concept into the final display that the public will see at midnight on 1 January 2016.

The result? A complex pyrotechnic show involving the massive setup of 30 low-level firing points spread out across Marina Bay. This carpet of assorted firing points also includes five mid- and high-level pontoons in the centre of the Bay. Though ambitious, this year’s firework formation allows an assortment of firing designs and unique views for all around the Bay. The fireworks choreography consists of dynamic, wide-angled movements of fireworks across the expanse of the bay and sky, in various directions and in a multitude of colours. Expect to see high-level fireworks and waves of visually dazzling effects, especially when all 30 low-level firing points are set off simultaneously.

Of course, a countdown event would not be complete without a countdown timer! This year, at 11:55pm, the façade of the Fullerton Hotel will once again be converted into a beautiful digital art showcase with a vivid projection display that will serve as a stunning preamble for the fireworks at midnight.

Formulating this new and improved projection that illuminates the front façade of Singapore’s 71st national monument is no easy feat as well. For visual impact, over 30 high-resolution projectors are used to create the projection. Careful thought was also given to integrate and enhance the features of the Hotel through graphics and 3D elements.

This year, the projection will be about who we are as a nation as we build on our foundation and journey into the next 50 years and beyond. With this in mind, designers Aims Productions and Symmetrica developed a five-minute long show that captures Singapore’s cultural and architectural richness, city in a garden identity, modernity and vision of a future that we can all look ahead to. The projections are underscored by a rousing soundtrack arranged by Symmetrica’s Felipe Grytz and based on local instrumental rock band Paint the Sky Red’s Victory.

From 26 – 31 December at various timings nightly, look out for this special display on the façade of The Fullerton Hotel!

Last but not the least, the final piece that completes the backdrop of the Marina Bay Singapore Countdown would be the 20,000 wishing spheres in the Bay. Containing over 500,000 wishes penned by members of the public at the various wishing stations island-wide, the spheres are gathered and set afloat in the Bay to form a magnificent installation on New Year’s Eve. This is an annual tradition of the Marina Bay Singapore Countdown, symbolising the collection and celebration of the nation’s hopes for the year ahead.

Combining the use of lights on Marina Bay Sands as well as 16 six-to-ten-metre tall lighting towers erected along the Esplanade Waterfront, each fixed with moving lights of a brightness of up to 1700 watts, the two designers created a colour palette on the wishing spheres installation in the Bay. The overall vision is to wash the wishing spheres with colour and achieve a range of vibrant looks. Additional effects were designed to texture the wishing spheres to make them look like they are being gently moved by the water in the Bay.

“For past editions of the Marina Bay Singapore Countdown, the lights on the wishing spheres usually take a backseat by becoming a static backdrop to the firework display. However, this year the wishing spheres will be dynamically lit to enhance the changing colours of the fireworks and complement the festive tempo of the specially composed fireworks music,” Ms Ye JunMin, producer of The Esplanade Co Ltd shared with Vulcan Post.

Since 15 December, the designers have been working overnight and onsite at the Esplanade, building on their design as the wishing spheres are installed in phases. From 26 to 31 December, the public around the Bay can view the lights in action.

So as we celebrate the Countdown this year with some 300,000 people at Marina Bay, let’s not forget the efforts of the designers, technicians and producers who pulled together this iconic and memorable celebration for all of us to enjoy.

If you are interested to find out more, visit marinabaycountdown.sg