Melvin Yong: This Is Singapore’s Secret Weapon To Tide Through Tough Times 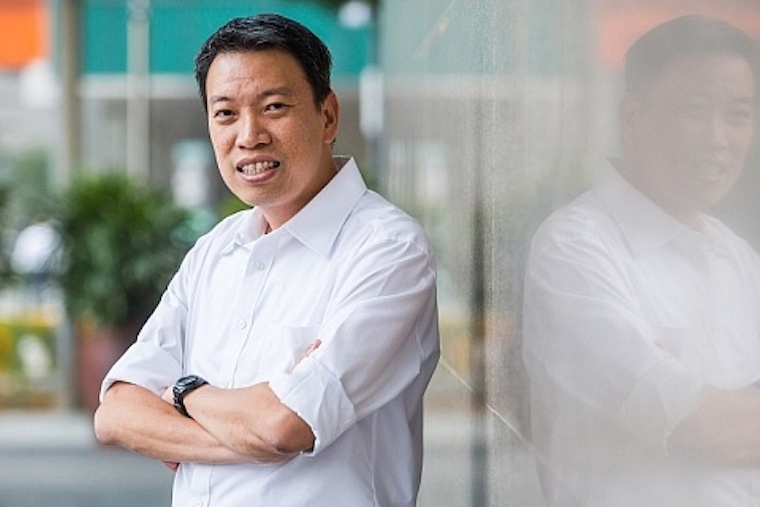 Over the past few weeks and months, Singapore has been hit by big job cutting headlines such as Barclays cutting over 1000 jobs, StanChart cutting 15,000 jobs globally, HSBC preparing job cuts that may target 20,000 workers, and even Keppel axing over 6,000 O&M workers as contracts dry up.

Many asked if the downturn is really coming. To answer that, If you look at the latest retrenchment figures from MOM as well as the performance of the ST Index and some of our economic partners, you can see that many signs point towards a downturn. Even ministers are warning us of tough times ahead.

At an intimate meet-up session, while seated in a relaxed manner, Labour MP Melvin Yong showed concern about how the impending downturn might affect Singaporeans who are taking job security for granted.

“Ever since I have joined NTUC, taking the role as Director of Industrial Relations Field, I have been walking the grounds and talking to people of different groups to understand their problems and how we can help them,” Melvin shared in the meet up which was held at the NTUC head office.

For those unfamiliar with Melvin, the first time MP had spent 20 years with the Singapore Police Force, and was a grassroots leader for over 14 years in Punggol North. For those familiar with Melvin, as the Prime Minister eloquently puts it when he introduced him as a PAP candidate, Melvin had been “somebody who complained a lot, and then he came in, and became a problem solver.”

During the meet-up with Melvin which we were privileged to be part of, Melvin shared that most of us take this thing called “tripartism” for granted.

“During the downtown in the last century, our country has been affected in a lesser extent than our neighbours, and that’s because we practice tripartism and understand the value of tripartism in Singapore,” shared Melvin Yong.

But what exactly is tripartism?

Simply put, tripartism is just three parties coming together at a table and working things out by ensuring every parties arrive at a win-win-win solution. The three parties in tripartism are – the government, employer, as well as the workers (represented by the unions or NTUC in this case). Wikipedia explains tripartism as an economic corporatism based on tripartite contracts of business, labour, and state affiliations within the economy. Each is to act as a social partner to create economic policy through cooperation, consultation, negotiation, and compromise.

To understand why tripartism is important, we need to imagine how it would be like without tripartism. The government would design policies based on empirical data without input from employers and workers. Employers would focus on reducing costs and maximising profits, often at the expense of the workers. Unions would fight for short-term benefits for the workers, without much thought on the business climate. The result would likely be a lose-lose-and-lose for all parties.

To explain tripartism even further, Melvin used the recent case of the Transit Tower’s bus contract – prior to calling a tender for the new bus operator, the three parties (government, which in this case is represented by the Ministry of Transport, employer, in this case, the potential new bus operator, as well as the employees, represented by the National Transport Workers’ Union) came together to work out a solution.

“We made sure that in the new tender, there are clauses that protect existing employees, so whoever tendered for it would need to adhere to that requirement. That way we protect the workers, the new bus operator has a ready pool of bus captains with years of experience, and the government attracts a good tenderer. It’s a win-win-win for all.”

The result of the three parties coming together, in this case, ensure that none of the three economic pillars (government / employer / workers) suffers at the expense of the other party.

While we don’t see this everyday as we go about our daily lives, tripartism has been working its magic not just at the national level, but also at the various industry level (sectoral tripartism).

At the national level, the Government, NTUC and the Singapore National Employers Feberation (SNEF) work together to roll out effective measures for the benefit of our workers. They play a big part in maintaining industrial peace and in nation-building.

“Tripartism has been our country’s weapon all these while, so we enjoy a prosperous economy in the past few years. But it should not be a secret weapon.”

Will Tripartism Help us in the Economy Slowdown?

Melvin, in his maiden Parliament speech, said, “Our dynamic brand of tripartism has been tested and put into action over the past decades, and more recently, during the 2009 global economic downturn. Then, while many countries were cutting jobs to save costs, the tripartite partners in Singapore had a different approach. Together, we cut costs to save jobs. Some of the major initiatives rolled out included the Jobs Credit Scheme, Skills Programme for Upgrading and Resilience (SPUR) and the Tripartite Guidelines on Managing Excess Manpower. The concerted efforts by the tripartite partners enabled Singapore to upturn the downturn in a swift manner. We succeeded because we were willing to bite the bullet together.

This year, the slowing of the economy and tightening of the labour market are major concerns for the Labour Movement. In the first quarter of 2016, unionised companies may see retrenchment affecting some 234 workers, an increase from the same period of 178 in 2015. The Labour Movement will continue to work closely with our tripartite partners to ensure that our workers are taken care of and not left behind.”

Going by the shape of things to come, I’m glad we have the secret weapon.