FlightHub Explores In-Flight Entertainment; Do We Still Need It? 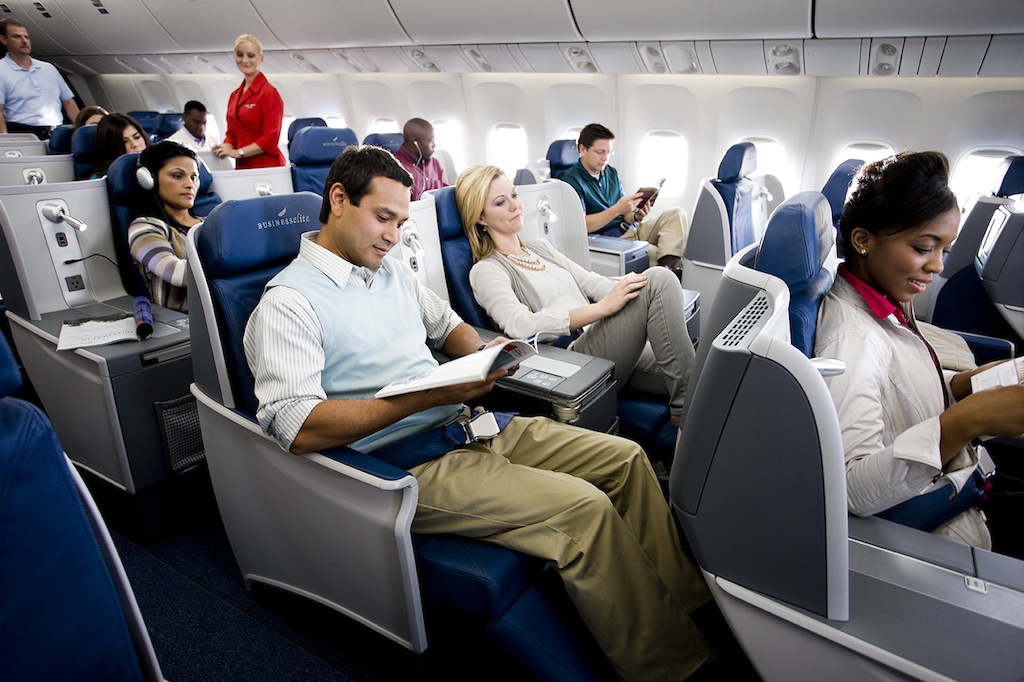 FlightHub Review remembers a simpler time in air travel; a time when children were still allowed to visit the captain in the cockpit, or when headphones came gratis on every flight so you could watch the only two movies playing throughout the red-eye to Nowhereville.

But the airline industry has come a long way since then, upgrading and downsizing to such an extent that in this day in age, these same companies would probably charge you for the air pumped into the cabin if they could. But as airlines struggle to keep up with the growing demand for cheaper airfare and convenient flight times, they’ve also tweaked some of their in-flight entertainment to fit with our modern era.

For most major carriers, long gone are the days of shared screens and projected movies, and instead they’ve introduced what most flight attendants know as their personal electronic hell on a plane; in-flight entertainment devices. But are these individualized screens necessary now that our technological world seems to update more often a Kardashian marriage license? Having had firsthand experience with these unpredictable and faulty systems, FlightHub wonders why airlines bothered to install these devices in the first place. These IFE (in-Flight Entertainment) screens were a very expensive upgrade in terms of bringing airlines into modernity. Between the exuberant software creation and licensing fees associated with hosting this content (for a limited time) on the airplanes, to the physical hardware that needed to be installed and outfitted on every single sear, are airline beginning to feel the crunch of obsolete technology?

With the rise of personal electronic devices such as iPads, multimedia smartphones and tablets, the use of these IFE’s have become more of a burden than a blessing. More and more, FlightHub and our customers grow more frustrated with the airlines and their hesitance to embrace what we really need on an airplane: reliable Wi-Fi.

For years major carriers have promised to install Wi-Fi and internet capabilities on their airplanes, and though many claim to have done so more often than not the service is spotty, interrupted or flat-out doesn’t work, despite the premium customers pay. This is due mostly to the very simple system set up by providers such as GoGo, who create a mainland network that hosts internet service for crafts flying at 35,000ft.

But in most cases, even this simple access to Wi-Fi and internet are only provided to specific routes, prioritizing certain travel destinations over others. This can be frustrating, especially when folks who regularly fly for work on routes not typically categorized as priority business destinations aren’t afforded the same opportunity to work and remain in contact with business associates while in transit.

On a more practical level, access to internet and Wi-Fi while travelling allows for regular consumers —especially families who travel—the opportunity to use devices that are specifically tailored to their needs. As a culture obsessed with our individual devices, the need for airlines to provide this now basic service is unquestionable.

While many airlines are still lagging, carriers such as Norwegian, Emirates, and Air China are among the airlines who provide full internet access to their customers.

Also Read
We Bet You Didn’t Know About This Trick To Get Unlimited Internet Data When Travelling Abroad
Categories: News Reader