The Wait Is Finally Over – Samsung Pay Is Coming To Singapore! 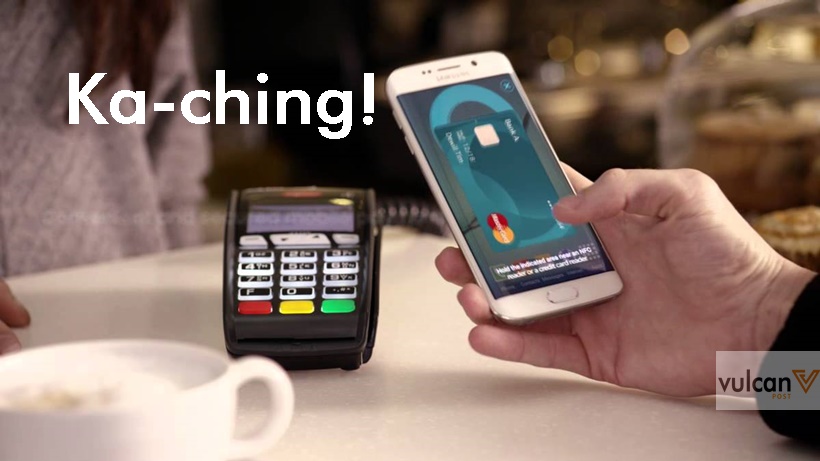 Last Sunday, my family was watching a South Korean family sitcom on KBS World, where one of the characters used a Samsung smartphone to pay for a box of cupcakes. My mother, who is an OPPO user, was impressed and wondered when it would be available in Singapore.

Now I can finally tell her that it’s coming to Singapore.

Called Samsung Pay, the service will be arriving to our sunny shores later this year. Even though no specific dates were given, the announcement alone is causing us to grin like a bushel basketful of possum heads.

Here’s why we are excited.

What Is Samsung Pay

Dubbed as the “new way to pay with your Samsung Galaxy device”, it is a mobile payment app that allows consumers to pay for goods in a simple and secure way. To authorize the app, consumers can either use their fingerprint or a specific pin. To pay via Samsung Pay, simply hover the device over the card reader.

The service is currently available on the Samsung Galaxy S6, S6 edge, S6 edge+ and Note5.

As previously reported by TODAY, the South Korean tech giant will be partnering with American Express, MasterCard and Visa in this new scheme. Banks like DBS, Standard Chartered and OCBC will also be offering the payment feature.

In a press statement, DBS Bank’s head of cards and unsecured loans, Mr Anthony Seow, talked about the rising trend of local consumers jumping in the cashless payment train.

He said, “DBS’ partnership with Samsung Pay represents the next wave in card payment solutions, allowing DBS consumers to effectively use their smartphones as their credit and debit cards without compromising on security.”

While I’m not a Samsung user, this new roll-out is certainly making me reconsider getting one as my next phone.