We predicted these 5 M’sian industry trends for 2022, here’s what we actually got right 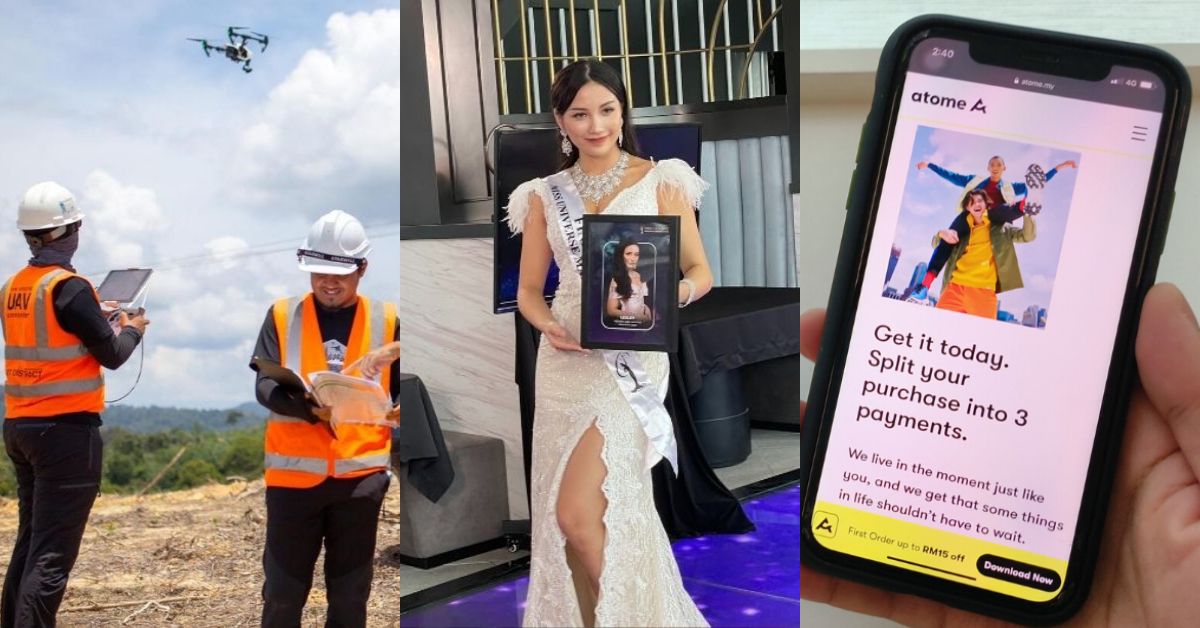 This year, we saw the recovery of many industries and the growth of some others. We even saw a new government!

Are things really looking up for Malaysia? That might depend on who you talk to, but before we look to the future, let’s review the past to see how this year turned out.

Here are the five business predictions we made for 2022, plus what came true, and what didn’t.

1. Dronetech will take off across more industries: Came true!

Dronetech already saw a growth surge in 2021, so by comparison, 2022 seemed to serve as a refinement period for its development, and it’s likely that another surge will happen in the next year or two.

PTK2Dron was set up by the Ministry of Technology, Science, and Technology (MOSTI) in 2021, after the floods that happened in Sri Muda and Hulu Langat, Selangor.

Under it, drone companies will be carrying out mapping services, underwater search and rescue, geotagging vulnerable locations for aid prioritisation, unmanned boat operations, and medicine and food deliveries.

PTK2Dron has already been deployed for the December 16 landslide tragedy at Batang Kali.

Beyond SAR, it seems that the government is aiming to boost the use of dronetech for transportation too, with parcel deliveries, spare parts deliveries (for ships), medical aid and equipment deliveries already in R&D.

2. NFTs being used as utility and in charity: Came true!

NFTs and crypto have had a real rough time after riding a high last year into early this year. First, the Terra Luna crash in May, then November saw crypto exchanges FTX, FTX.US, and BlockFi file for Chapter 11 bankruptcy.

Prior to all that though, NFTs had seemed to be flourishing even on local soil.

In terms of charity, artist Katun had co-founded a project called Apes R Us, through which proceeds from the sale of 100 NFTs in collaboration with WWF Malaysia went to orangutan conservation efforts in Sabah and Sarawak.

Utility-wise, a Shah Alam family-oriented steakhouse, AD Butcher & Steak had introduced a “dine-to-earn” concept which served as a loyalty programme, for example.

Following the crypto winter, it’s been reported that from January 2022 to September 2022, NFT trading volume collapsed by 97%, from US$17 billion in value to US$466 million.

Despite that, a bullish outlook persists, with some saying that as we move towards more virtual experiences, NFTs will be here to stay. Only time will really tell.

We did see a lot of movement in the Buy Now, Pay Later (BNPL) space in Malaysia, with foreign players such as Ablr entering the market, IOUPay teaming up with BSN to leverage the bank’s 6 million plus users, and BNPL regulations to potentially be implemented.

In terms of larger players offering their own BNPL options though, we mainly saw one this year, which was Lazada introducing LazPayLater.

Interestingly, we’ve yet to see Capital A make any moves with the airasia Super App, and what we could find thus far pointed to the brand only partnering existing BNPL solutions in the past.

Might we see an airasia Super App BNPL service in 2023? Who knows, since airasia is known to be unfazed about being a later entrant to trends such as e-hailing and food deliveries.

4. An increase in COVID-19 management solutions: Didn’t come true… (but that’s not a bad thing)

At the time of writing the initial 2022 predictions article, many of us still hadn’t gotten (or were in the midst of getting) our booster shots.

COVID-19 was still something to be feared then, with mask mandates going strong, and many avoiding large public gatherings.

Just months into 2022 though, and we began seeing companies return to the office (our own included, after an in-depth renovation), travel routes open up, and more.

As COVID-19 became less and less of a threat to many of us, we began seeing fewer new solutions to manage it, existing SOPs aside.

It’s not yet eradicated though, so we shouldn’t be too carefree and previous solutions shouldn’t be discarded or shelved just yet, as the virus remains capable of mutating into new variants.

Last year’s horrible floods saw the Malaysian public stepping up to help peers in hard-hit areas. As one, we donated aid, volunteered with clean-up efforts, and more.

Private companies worked with the government to conduct search and rescue (SAR) efforts too, which later culminated in the PTK2Dron initiative mentioned in point #1.

While there were several crowdsourcing apps created to tackle various issues such as COVID-19 relief and flood SAR in 2021, there wasn’t much talk about them in 2022.

Was it because the Malaysian public thought that the government was finally stepping up by allocating more funds for flood relief efforts as well as setting up specific task forces?

We don’t know for sure, but what we do know is that the Malaysian public has proven that they will fiercely back each other up and address existing gaps when it’s called for, and that is enough of a win in our books.

We have a feeling that 2023’s industry predictions will look very different, as we’re no longer just playing it safe and hedging our bets.

That should make for an interesting business landscape, and we can’t wait to see what will come out of it.