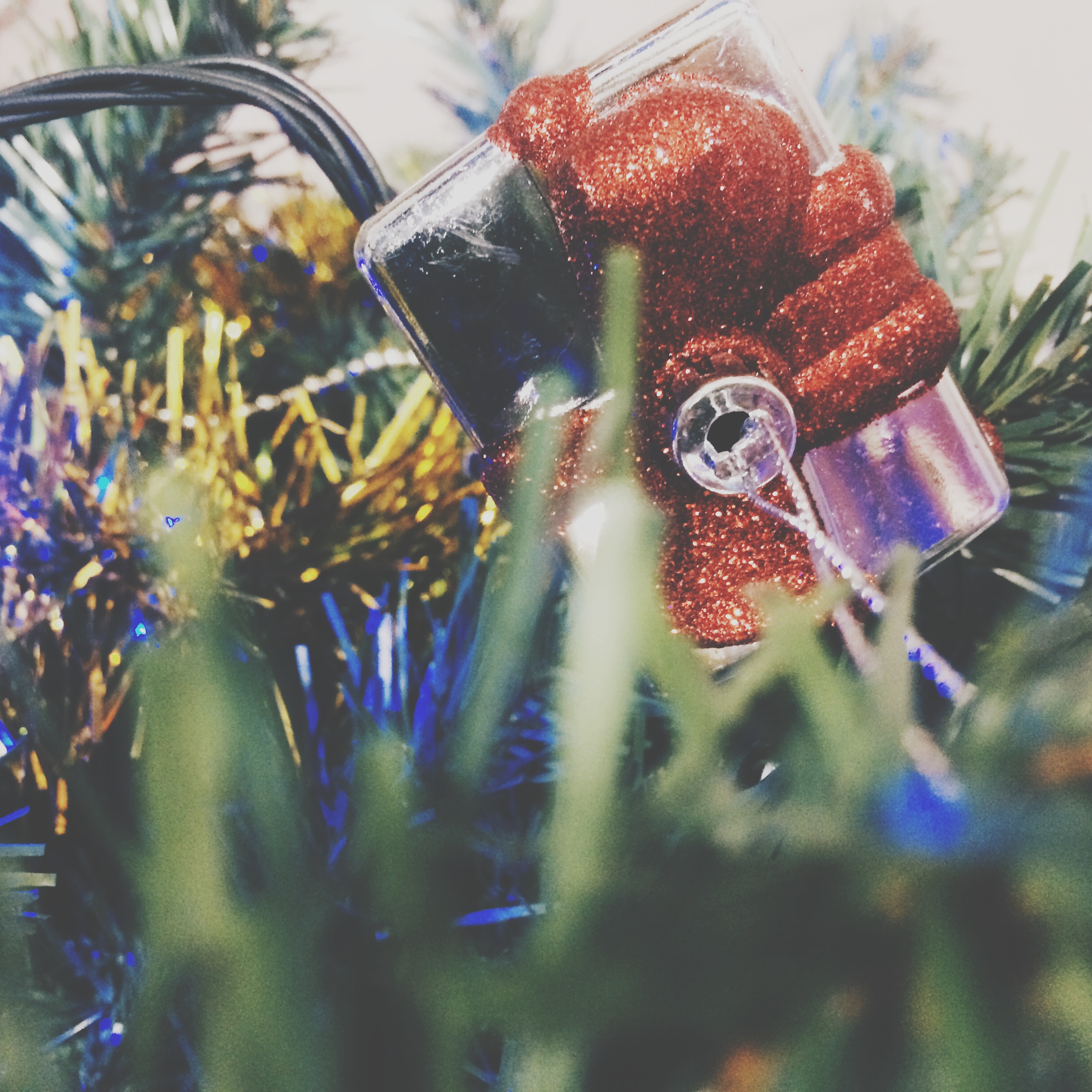 Britney Spears’ “My Only Wish” has been repeating in my head since Monday night. We were choosing songs to perform on the 16th, and I spent the entirety of Tuesday listening to Britney sing, “Maybe, maybe… he’ll be all my own in a big red bow!” Funny thing is, we ended up scrapping that song because of time constraints. But that is the one that is looping in my brain. Over and over and over again.

I never thought I’ll be up on stage. Singing really isn’t my forte. My range is too small, and I just don’t have the stamina. But when you’re surrounded by friends, that doesn’t really matter. All that matters is that we have fun with whatever songs we’re performing that night, and that our hearts are all in sync.

We did a small gift exchange among the few of us that night. It was nice to see friendship blossom, to see strangers brought together by the love of music. It made me wonder about my other groups of friends from other parts of my life. I’ve found that as I grew older, I had to compartmentalise certain groups of friends — people I met in secondary school, the family I’m lucky to be a part of from my polytechnic days, and the new groups of friends I’ve gotten to know in different parts of my university life.

When I was much younger, Christmas was celebrated with my entire extended family (and a huge polar bear in Las Vegas). Now that I’m older, the presents have stopped, and Christmas is an quiet affair, a small dinner with the family. Our numbers dwindle, especially on my mother’s side of the family, where one aunt is in India and one uncle is in China. But at least I have my second family to spend the holidays with.

My second family (or my polytechnic friends) and I have been celebrating Christmas ever since our little group was formed. It started with five of us, then six, and then before our senior year ended, our numbers grew to a total of ten people. It’s been that way ever since. We’ve always joked that all we needed is one more person to make us the majority of the cohort of 46 we came from. But in actuality, we’re pretty comfortable in our group of five guys and five girls. Somehow our quirkiness balance each other’s out.

As the years go by and we grow older, it’s been getting more and more difficult to find time to celebrate Christmas together. Everyone is either busy during the Christmas period, or has to fly off to somewhere for their year end trip. It got so bad this year that one of us made a chart just to see which are days we actually can spare for our celebration.

We ended up celebrating Christmas on the 5th of December. There was no turkey or log cake, but Winsteine cooked us dinner the night before, and we met up with the rest the next day for a Japanese buffet. Somehow it didn’t matter that we didn’t have “Christmasy” food — whatever that meant, or that we didn’t do Secret Santa this year, or that I spent the entire night panicking about my unfinished work. My friends were there to pull me through.

Laughter filled the dinner table that night. We tried to figure out which Christmas ornament we wrote on and hung on a $2 white Diaso tree three years ago. We cringed at some words we wrote, and tried to pass the computer around so Daryl — who’s in Australia — wouldn’t feel left out. It was different from the previous years, but we made the best out of what we had.

Looking at how plans have changed over the years, be it in my family or among my friends, really makes me wonder how long we can keep this up. Ten years down the road, will we still make that effort to come together during Christmas? I hope so. Friendship is something that everyone has to work on. If only one party puts in effort, it is bound to fail. We made a promise that we’ll plan at least one outing each month where everyone turns up. I don’t know if it’ll work out, but the important thing is to try.

They say the spirit of Christmas is in giving. I don’t think “giving” means extravagant presents under the Christmas tree. I think it has more to do with being present, and being there for your friends and family. There may be no snow here, no need to huddle up together in the orange glow of the fireplace in order to keep warm, but there’s no need for that if you show up.