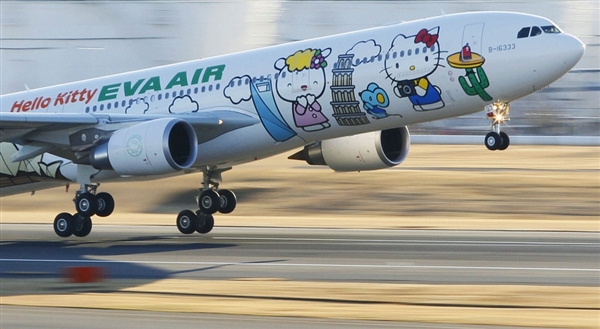 Last year, EVA Air announced 9 Hello Kitty flights to Singapore, themed appropriately with food and seats decorated with the happy mouthless cat. It was met with overwhelming response, with many clamouring for what they thought would be a limited supply of Hello Kitty plane tickets.

But Hello Kitty fans who were left behind need not fret, because EVA Air has made the Hello Kitty flights to Singapore a permanent feature!

“After experiencing an overwhelming demand of our Hello Kitty jets when we introduced chartered flights between Singapore and Taipei (in December 2014), we knew Singapore had to be our first destination in South-east Asia to host our next Hello Kitty-themed aircraft,” said EVA Air President Austin Cheng in the airline’s official release.

The new flights will start from Jun 21, and will add to the existing daily flights between Singapore’s Changi Airport and Taipei’s Taoyuan International Airport. EVA Air’s B777-300ER aircraft will have a brand new Hello Kitty theme created for it, so even fans who have been on board last year’s flights will have something to look forward to!

This will be the seventh version of the Hello Kitty Jet, and it will fly to Singapore exclusively. The first six variants were launched on flights to Japan, Korea, Hong Kong, China, Guam and Paris from Taoyuan Airport.

If you need a teaser on what to expect, here is a sneak peek on what the existing Hello Kitty flights have to offer.

An example of a Hello Kitty boarding pass from one of the flights from Tokyo, Japan.