8 Of The Worst Government Ads That Make Us Love Singapore 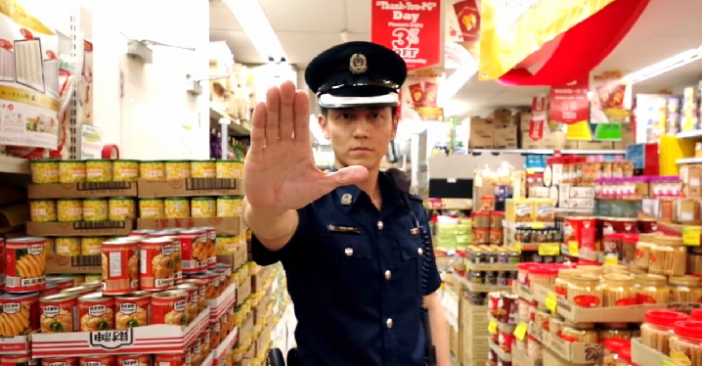 Some of Singapore’s advertisements released in the past 50 years were so bad, they drew international attention. But like they say, there’s always good in the bad, and some of these Public Service Announcements — while too cheesy for national television — are perfect for light-hearted entertainment. As a toast to PM Lee to wish him a speedy recovery, here are 8 of the worst government ads we can’t help but love.

The video went viral within 24 hours of its release 3 days ago on the SPF Facebook page, garnering more than 5,500 ‘Likes’ and 5,500 ‘Shares’ on the original video.

The combination of comedic background music, followed by autotuned singing and line dancing is sure to put a smile on your face, whether you like it or not.

The Singapore Tourism Board also got the international spotlight turned on them thanks to its 2014 tourism promotional video, which had the slogan ‘Singapore. See where the world is heading’. The couple featured in the video — complete with overenthusiastic exclamations — brings us through a crash course of what to do on your first date.

3. When the NCPG struck lottery

In the midst of the FIFA 2014 football fever, the National Council for Problem Gambling struck gold in our hearts, when its prediction for Germany’s win came true. It was irony at its finest, which set the NCPG into a scramble to remedy its reputation.

Jimmy Fallon, popular talk show host in the United States, didn’t fail to pick up on the juicy chance for a parody.

4. Real men dare to be potatoes

If you heard the sirens sound at 6.20pm on Sunday, you might have been reminded of this Total Defence PSA from 2012. It featured Singapore’s men in green, and emphasized the appreciation the nation has for them as they “Be a man; Do the right thing”. The comic effect was highlighted through slow-motion nods of approval from other teary-eyed men, both young and old.

Quite the change from the usual reluctant feet and sighs of exasperation upon receiving the reservist beep.

The Ministry of Community Development, Youth and Sports launched a campaign in 2012 to glorify the silent angels of Singapore. Social workers were depicted to bring hope into the otherwise bleak outlook of the less fortunate.

However, the victimization of the less fortunate did not sit well with the online community. This was one campaign that could have stuck to the usual repertoire of cheesy antics.

In 2009, Phua Chu Kang transited from a comedian to a mascot of SMRT after his catchy SARS PSA. The Land Transport Authority likewise did a fantastic job of producing a cheesy rap to inculcate basic courtesy amongst stubborn Singaporeans.

It chisels away at my patience to wait for the next train, but I have to admit the catchphrase “A happy journey starts like that” repeats at least three times in my head in Phua Chu Kang’s voice whenever I read it.

This has got to be the most embarrassing one, one that could contend for both Mayor of Cheesyville and Mayor of IronyCity.

In 2008, the senior management of the Media Development Authority — comprising mature adults — tried to keep up with changing times, and attempted to relate to younger media audiences through song and dance. Out of all genres, they picked — yes you’ve guessed it — from Singapore’s repertoire of ridiculous raps.

Ironically, this never gets old.

Going back to PSAs that did not sit well with Singaporeans, the anti-smoking campaign in 2007 by the Health Promotion Board made stomachs turn every time it was aired.

The theme ‘Quitting is hard. Not quitting, is harder’ was the most gruesome of anti-smoking campaigns run by the HPB, and had risked getting pulled off the airwaves due to complaints. The PSA was later shifted to after 8pm, when the kids had presumably been tucked into bed.

Apparently, not many locals are fans of gore movies.

These advertisements by the public sector were so bad, they were good. They unite us in a common disgust or amusement at Cheesyville and IronyCity, which hasn’t seemed to have found permanent residence in Singapore’s media environment. In the wisdom of Edmund Tan, songwriter of “We live in Singapura”, it’s not perfect living but at least it’s interesting!