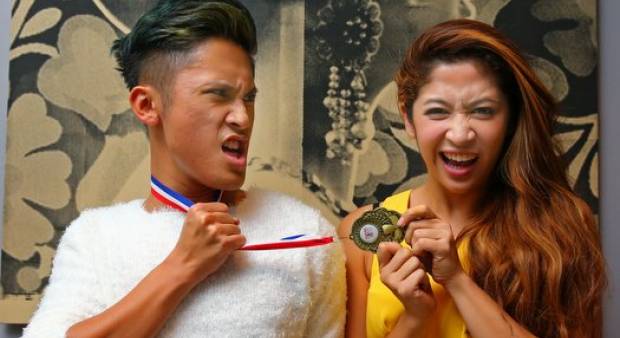 I’m sure every Singaporean has heard of Wah!Banana; even university professors bring them up as examples of popular user-generated content. And for those who are still skeptical, it’s true: producing content for YouTube can be a real profession — at least for those dedicated and talented enough.

So here are 10 of the most interesting YouTube channels helmed by Singaporeans that you may or may not have heard about:

Taking the throne in the local YouTube scene is Wah!Banana, who started their channel in 2012. With the simple aim of bringing smiles to everyone through their videos, the comedic team has become the most subscribed Made-in-Singapore YouTube channel with over 490,000 subscriptions.

The dynamic duo (Ryan and Sylvia) of Ryan Sylvia, also known as Night Owl Cinematics, lead a motley crew of actors and support staff who are guaranteed to make you laugh throughout their 10-minute long films. They often draw upon other popular local YouTubers such as JianHao Tan, Jonathan Cheok, and Naomi Neo for inspiration, making us laugh with their spot-on antics.

They also use various dialects, vulgarities, and sexual connotations — which, while some may find off-putting — are a refreshing change from the usual standard English or Chinese programs on broadcast television.

Although their core business isn’t on YouTube, FZD School of Design has managed to garner more than 180,000 subscribers on their channel! The school is based in Singapore, and holds courses on entertainment design. Hard to believe for a channel that only uploads tutorials, right?

What’s more, Feng’s alto voice seems somehow therapeutic as he conducts the “class” and creates a beautiful piece of art as the end product.

Xiaxue requires no further introduction. Her channel TheXiaXue — which was once updated with beauty reviews and tutorials — has now transformed into a collection of vlogs of her baby Dash.

She is still a regular on Clicknetwork and the blogging scene, while balancing motherhood offline.

“Uh uh siol” doesn’t even cover how awesome this duo is. With their well-loved personas as minahs and matreps, Munah and Hirzi bring on the laughs while challenging the norms in Singapore’s society.

In their parodies, musicals, and short skits, Hirzi is often seen strutting around the streets of Singapore in mini shorts and a blond wig, to the shock of conservative by-standers.

The chef behind Kitchen Tigress was a blogger before she made a reputation for herself on YouTube. With over 94,000 subscribers, this enigma has probably helped many wannabe chefs and bakers impress their houseguests with fluffy Asian desserts and mains.

The accompanying piano music that viewers hear during the baking process only serves to complement the creation of the perfect kueh, showing that baking is an art in itself.

This channel makes all the right moves to win our attention. It’s known for showcasing the amazing choreography of dancers from O School, which are recorded and posted each week to the pleasure of dance enthusiasts.

For people like myself who can only sway awkwardly on the dance floor, Gin Lam is probably the closest we’ll get to professional dance. And hey, if you’re looking to awe like these dancers, O School has its doors open to you.

Rants may not be everyone’s cup of tea, but sometimes, when life gets a bit mundane, all we need is a bit of Darryl Koshy — more popularly known as Dee Kosh — to spice things up. The ex-DJ at 987FM does everything from rants to parodies, drawing in an average of 100 subscribers each day.

If you can’t get enough of Tosh in the Ah Boys To Men trilogy, here’s some good news: he has his own YouTube channel Tosh13. He carries his b-boy spirit through his rants, skits, and pieces of advice shared on his channel, and even plays the piano wearing his brand of hip-hop fashion.

Who doesn’t love a bad boy with a good heart? The only downside is his irregular uploads due to his busy acting schedule, but the unpredictability does make his fans anticipate the next video even more.

At the opposite end of the spectrum from Tosh is sweet Sabrina Lim of SabyLoves. A craft guru in Singapore, most of her videos are about adorable DIY miniatures, but she has recently branched out into rants and sharing advice — which her largely female audience welcomed.

There’s still potential for her to improve in this niche, but until then, if you’re obsessed with Japanese crafts, you know who to turn to.