The Apple Watch: Beautiful Design, But Are We Ready For Wearable Tech? 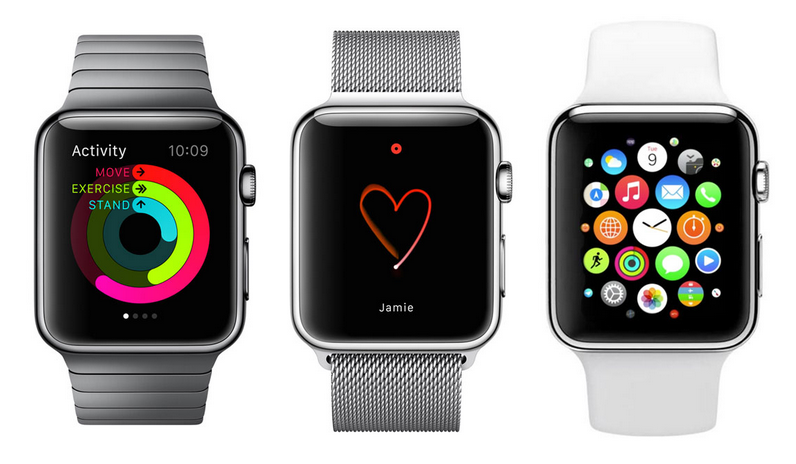 If you haven’t already heard, Apple is the latest arrival at the wearable tech party. The question is, are they poised to finally get a market who has been reluctant to tread the line between technology and jewellery?

Maybe. It’s Apple, so aesthetics isn’t going to be an issue here. The question is whether Apple will be able convince people that they need to cross the line between gadgetry and fashion.

The announcement of an Apple Watch brings to light questions like, “Do I really want to share my heartbeat?”, “Am I so lazy that I can’t be bothered to pull out my wallet and just want to tap my watch to pay for things?”, “Is it all that difficult to check my phone that I have to have it all sent to my wrist?”, “Is this perceived convenience worth the reported $500 (minimum) price tag that’s it’s supposed to carry?”

To answer these questions, let’s take a look at what the Apple Watch will be bringing to the table.

Whatever variety you choose, users have the option to swap straps — implying more options (and a whole new accessories industry if the watches take off).

I would say that it looks like a tiny version of the iPhone — which isn’t bad, design wise. Rounded corners, curved edges, minimal buttons and green LEDs. As a girl, it will feel a little cumbersome and bulky, but can easily be pulled off as a chunky fashion statement, especially if you’re dropping the big bucks for the fancier options.

Compared to its contemporaries from Samsung or LG, though, it’s not as big and bulky, and feels more like a watch would.

iPhones have always been built well, and you can expect the same from this one. No wiggles and wobbles, the materials are great and buttons work reassuringly well. It’s also said to be water resistant. Take note: RESISTANT. You can’t go around dunking it in water, but it can easily withstand accidental splashes or even if you choose to wear it in the rain.

Instead of annoying beeps, the watch will give you gentle alerts via haptic feedback that features different patterns for different alerts.

Out of the box, the Apple Watch already comes with apps that connects your phone’s email, messaging, calendar, photos, maps and weather features to your watch. Anything that you get as a notification on your watch will be actionable from your wrist. This also includes access to the music app of your iPhone and 2GB of built-in storage.

For fans of wearable tech, fitness tracking is also a big feature of the watch, with heart rate monitors and built-in sensors that track physical activity, sending them directly into the activity app of your phone.

The watch will also respond to voice control, allowing users to use Siri to conduct searches, set reminders or even dictate messages that you can send as texts or voice notes. It doesn’t get more Charlie’s Angels than this.

Let’s start with the ever pressing Apple issue — battery life. Apparently, the Apple Watch is set to only have 18 hours of ‘normal use.’ Being a smart watch, does this mean turning on all its bells and whistles? Or does ‘normal’ imply minimal smart watch functionality and using it as a basic time piece? If it’s the latter, then that’s another gadget we have to worry about charging, and it might prove to be a problem for Apple’s goal to incorporate this into people’s lifestyles.

There’s also the part where its functionality outside of the iPhone isn’t very evident and has yet to be explored.

At this point, only time will tell. The form factor — as with all things Apple — is a great draw, and may actually prove to be reason enough, as the iPhone was, to create a whole new appreciation for smart watches and wearable tech. Until then, watch out for the full review when is officially unveiled.

To foster familiarity with songket, these M’sian cousins turn the fabric into bespoke items