Martial Arts Is Alive And Kicking In Singapore: Meet The Man Who’s Bringing The Art Form To Local Students 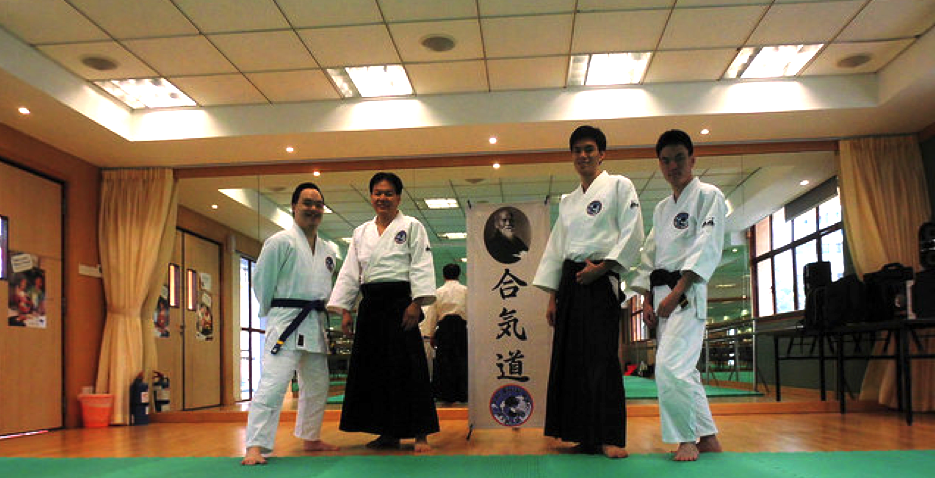 When it comes to passion and dedication, it’s the humble Aikido practitioners of the Chan family who take the cake. Aikido is also known as ‘The Art of Peace’, and co-founder and Chief Instructor of Aikido Tai Shin Kai, 29-year-old Shamus Chan, defines Aikido as such:

“I feel that Aikido is the embodiment of what a martial art should be in this day and age. On the surface, it is a Japanese art of self-defence that uses the attacker’s own strength to throw or lock him. Deeper at its core, Aikido teaches you to control the aggression of others as well as within yourself. This is what makes Aikido increasingly popular today. People are beginning to seek a more holistic approach to life, and find Aikido’s philosophy of harmony to be very appealing.”

Shamus was first introduced to this beautiful art by his father, 59-year-old Patrick Chan, who’s also a co-founder and Senior Instructor at Aikido Tai Shin Kai. Shamus started his Aikido journey at the age of 19, and eventually became a full-time instructor, conducting classes as well as Aikido courses under the Singapore Sports Education Programme. With his talent and hard work, he also got the opportunity to travel worldwide to train and fully experience the different styles of Aikido.

“Aikido has helped me take many of life’s challenges in my stride. Taken beyond the confines of the dojo [a physical training facility where martial arts like Aikido is practiced] or even beyond physical self-defence, this results in a disciplined mind that uses a composed viewpoint to tackle the problems of everyday life,” said Shamus on what Aikido has taught him personally.

Even after building a family and an alternative career, he knew he could not give up on his ultimate passion for Aikido. Shamus continues to share his knowledge of the art with his students, together with his father and brother — 24-year-old Jonah Chan — an assistant instructor at Aikido Tai Shin Kai.

The Unstoppable Passion Of The Chan Family

The Chan family welcomed students to their first dojo in July 2014 at Nee Soon South Community Club. This was soon followed by the launch of a second dojo in September 2014 at Braddell Heights Community Club. Currently, they’re working on the opening of their third dojo. “We have great hopes for our new dojo at Nanyang Community Club. It is expected to launch at the end of May 2015. We have a lot of plans for Aikido Tai Shin Kai and hope to announce more details soon,” said Shamus.

The Importance Of Personalisation

When asked what made the Chan family want to launch their own dojo, Shamus said:

“Martial arts has been a passion that has been passed down to my brothers and I from our father, Patrick. Growing up, our family faced many challenges but we were taught never to give up. At the same time, we were taught to temper that fighting spirit with restraint and understanding. Aikido’s teachings of non-aggressive self-defence through harmony has resounded with our upbringing, and provided us with a common ground that has brought our family even closer. We opened Aikido Tai Shin Kai to share our passion with others.”

Shamus stresses that personalisation is important when it comes to teaching as “no student does a technique the same way as another. With each student, a combination of body type, character, and mental state translates into a different approach and interpretation.” He always aims to have each student leaving every class with some personal pointers.

The Power Of Determination

Sean Chan, brother to Shamus and Jonah, was born with Down Syndrome. But this didn’t stop him from starting his Aikido journey in 2009. Shamus explained how Sean excels at Aikido’s natural circular movements, and how he has been known to spontaneously perform techniques that he hasn’t even learned yet. Through Aikido, Sean also blossomed socially — to the point where he has become part of their unofficial welcome committee!

Is It A “Real” Martial Art?

There are some who have doubts about whether Aikido is a form of martial art, as it does not have sparring competitions. This is what Shamus has to say about it:

“But martial arts is so much more than just a way to defeat opponents. Its meaning goes far deeper than that; it can be defined as a lifestyle and the way you build your character. And for me, that is what martial arts truly is.

“An Aikidoka’s current level of Aikido is his manifestation of the way he lives his life. As he trains to attain a higher standard, he aims to build his character in that manner as well. It is a subtle change that most do not notice immediately. But more than one Aikidoka will look back on his training and comment in amazement that his attitude now is calmer and more flexible.”

“Is Aikido an effective martial art? Definitely. Is it the best martial art? There is no best martial art because it is not the art that matters. It’s the person. It’s how you apply not just the techniques, but the philosophy that the art imparts to you,” he added.

Yes, the Chan family has a Home dojo — how cool is that? It’s what every true and dedicated martial art practitioner wishes for.

“On training days, we will clear away the furniture and turn the living room into our dojo. We all train at the Home dojo — all four brothers and even our Mum!”

Aikido Tai Shin Kai is a part of Aikido Kenshin-kai, where grading certificates are internationally recognised.